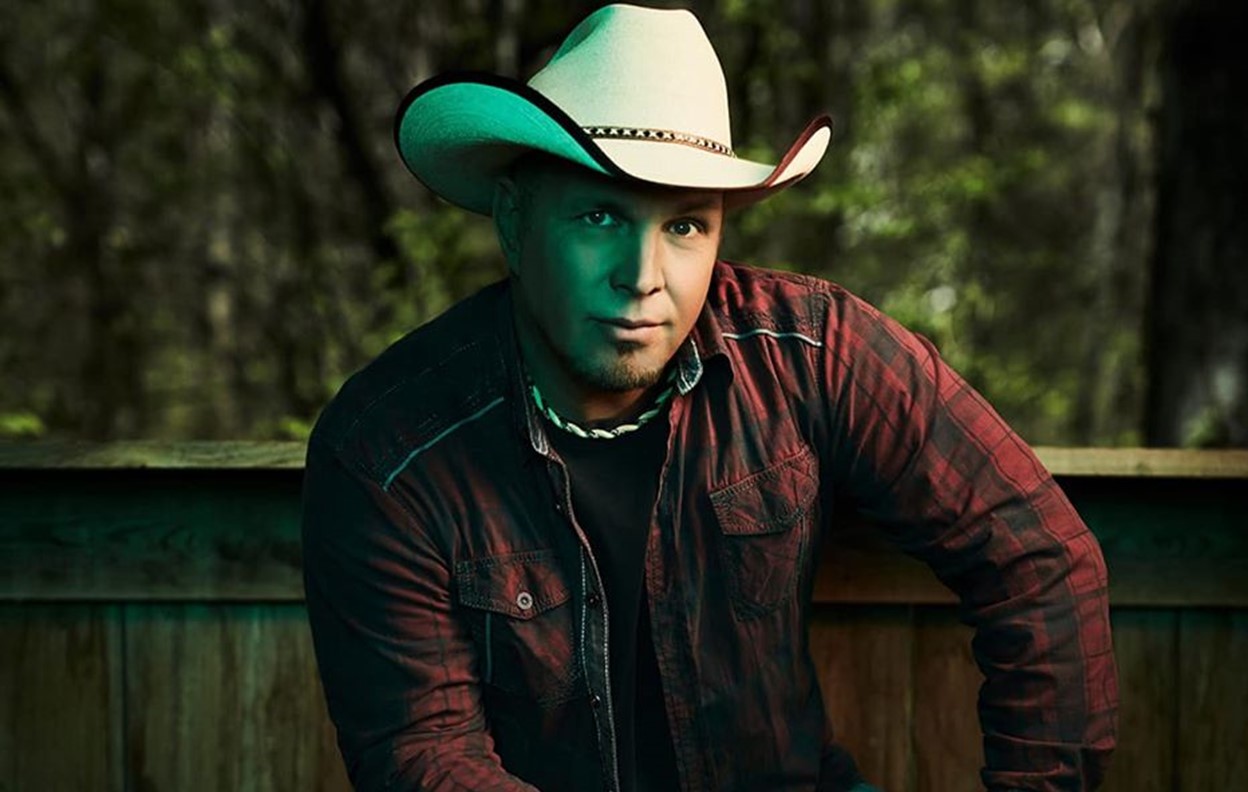 Country music icon Garth Brooks, 59, is the first artist in history to receive nine Diamond awards for the now nine albums certified by the RIAA at over 10 million album sales each and remains the No. 1-selling solo artist in U.S. history certified by the RIAA with over 156 million album sales. The Oklahoman has also been inducted into the International Songwriters Hall of Fame in New York, the Nashville Songwriters Hall of Fame, Country Music Hall of Fame and most recently, the Musicians Hall of Fame. The Garth Brooks World Tour with Trisha Yearwood wrapped up in December 2017 after an impressive three and a half year long run. The tour smashed records previously held by such acts as The Beatles and The Rolling Stones. Overall, the stint sold over 6.3 million tickets, making it the biggest North American tour in history and the biggest American tour in the world. Let’s take a look at this career-spanning Garth Brooks bio!

Country music star Garth Brooks has been married twice. He married college sweetheart Sandy Mahl on May 24, 1986. The pair have three daughters together and separated in early 1999. After 15 years of marriage, Garth and Sandy’s divorce became final on December 17, 2001. Mahl was awarded a whopping $125 million in the divorce settlement making this divorce one of the most expensive divorces of all time.

Soon after the divorce, Brooks began dating fellow country music artist and longtime friend Trisha Yearwood. The pair got married on December 10, 2005, marking the second marriage for Brooks and the third for Yearwood. Garth and Trisha have no children together.

Garth Brooks’ three daughters with ex-wife Sandy Mahl are now all officially twenty-somethings and paving their way in the world! Taylor Mayne Pearl Brooks (born July 8, 1992), August Anna Brooks (born May 3, 1994), and Allie Colleen Brooks (born July 28, 1996) are perfects blends of their well-known parents. Out of the three, Allie has certainly inherited her father’s musical talent and is currently pursuing a career in the industry.

The star’s numerous No. 1 hit songs include: “Two Pina Coladas,” “If Tomorrow Never Comes,” “The Dance,” “Friends In Low Places,” “Unanswered Prayers,” “Two Of A Kind, Workin’ On A Full House,” “The Thunder Rolls,” “Shameless,” “The River,” and “Ask Me How I Know.”

In September 2018, Brooks booted America’s Got Talent finalist Michael Ketterer from joining him during his October Notre Dame Stadium performance. As fans can recall, Brooks penned “The Courage to Love” for Ketterer to perform during the show’s Season 13 finale. The move stemmed from Ketterer’s domestic violence arrest involving his wife at a Los Angeles hotel just a day after the reality series’ finale .

“Let’s address the Michael Ketterer situation. I called him this weekend. We talked, and we decided that it was better that he not appear at Notre Dame and perform there. That family, they will figure it out and they will find it within themselves,” Brooks shared with fans via a Inside Studio G Facebook Live broadcast . “But Michael Ketterer will not be at Notre Dame.”

Share this Garth Brooks bio with other country music fans and catch him when he’s back out on the road!