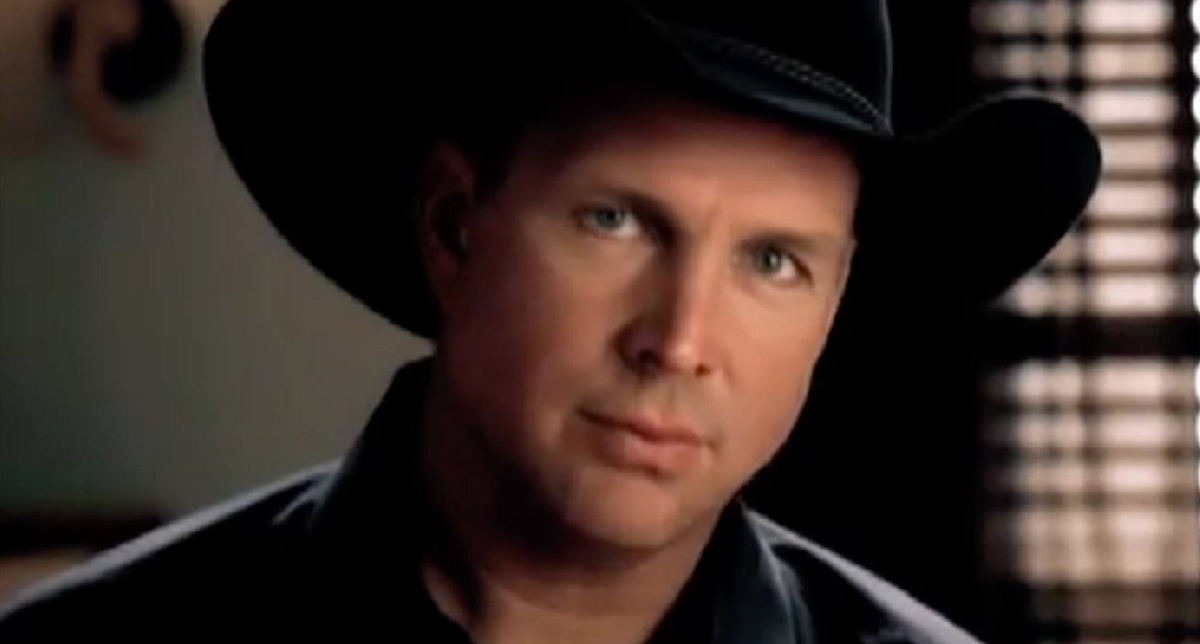 See how much you really know about country music legend Garth Brooks . . .

Garth Brooks became one of the most successful male country music stars of all time and rivals the success of top artists across all music genres.   Learn more about the singer and songwriter legend below.

Garth Brooks is one of the most successful singer and songwriters of all time.   He was born in Tulsa, Oklahoma and started his career with Capitol Records where he released his first self-titled album in 1989.  His third album (Ropin’ the Wind) became a major success as it crossed both the Country and Pop music chart with strong audience appeal.  This album was the first country album to debut at No. 1 on the pop charts. Garth has made a number of albums since and has reportedly sold over 100 million albums.  Garth retired in 2000 to spend time raising his three daughters and returned back to performing again in 2009 after his youngest daughter graduated from high school.  Learn more about Garth Brooks below.

Garth was born in Tulsa and mostly grew up in Yukon, Oklahoma.  Both his mother and father were music enthusiast and Garth learned to play guitar and banjo at an early age. Garth grew up performing at family functions at a weekly “Country Music & Performance Night” in their home in Yukon when their children were growing-up.  Enjoy these photos of Garth as a young boy, in high school and as a college track athlete.  Garth attended the Yukon Public Schools (attending Myers Elementary) and graduating from High School in Yukon, Oklahoma.

When is Garth Brooks birthday?  Garth was born February 7, 1962..  This makes Garth’s zodiac sign an Aquarius.

What is the story behind Garth Brooks hat?  – Garth Brooks is often seen wearing a Stetson Cowboy Hat and has a long legacy with Stetson.  He wears a Stetson Tyler model cowboy hat. He is also a big fan of baseball caps.

What about Garth Brooks Beard?   Garth Brooks is often seen sporting a beard and seems to rotate between having a beard and being clean shaven.  He seems to prefer some level of facial hair and most often has a beard or some variation of a goatee mustache.  What is Garth Brooks Logo?  Garth’s logo has a few variations and color schemes.   The core logo is a “g” with a circle. Does Garth Brooks have a book?  – Garth has released a book and CD series called The Anthology and so far has released 2 parts of the 5 part series.

Who are Garth Brooks parents?  – Brooks’ father was Troyal Raymond Brooks, a former Marine who worked for an oil company in Oklahoma.  Garth’s mother (Colleen Brooks) was a singer that recorded for Capitol Records and had also appeared on the Ozark Jubilee.   Garth’s father passed away on Apil 7, 2010.  His mother Colleen passed away in 1999 from Cancer. 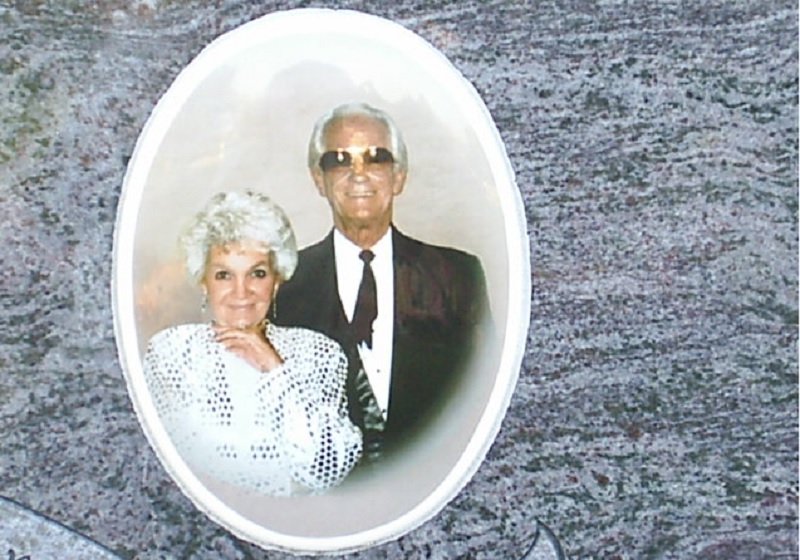 Does Garth Brooks have brothers and sisters (Garth Brooks Siblings)? – Garth’s parents both had 2nd marriages and Garth has four older half-siblings (Jim, Jerry, Mike, and Betsy) from those prior marriages and one brother Kelly..   Garth’s mother (Colleen Carroll Brooks) had 3 older children from her first marriage (Jerome, James, & Betsy that were all were born in Tulsa, Oklahoma).  Raymond had one son from a prior marriage (Michael Brooks).  Colleen and Garth’s father (Troyal Raymond Brooks) had a combined total of 6 children of which Garth is the youngest.

Here is a summary for all six children:

Garth Brooks net worth in 2019 is reportedly estimated at around $310 Million and the year is just getting warmed up.  His wealth has primary come from his long and successful music career.  Garth make millions off of his music sales and royalties, global touring revenue, merchandise sales, and paid appearances.    His wife Trisha Yearwood has an estimated net worth of over $40 Million.  The couple’s 2018 tour grossed. In addition to touring wiht Garth, Trisha Yearwood has plenty of her own accolades inducing:

This makes Garth Brooks and Trisha Yearwood’s net worth estimated at $350M as a combined net worth.  The RIAA has named Garth the best-selling solo artist in the United States (topping prior records set by music legends Elvis Presley and The Beatles).  It should be noted that some fans argue that music tracking was not very good for Elvis and the Beatles so some argue with Garth being placed at #1.  Garth has been very busy since 2016 which makes his gains in net work credible.  With Garth’s stadium tour announced for 2019, this should be a strong year for Garth to further his Net Worth.  We predict that Garth Brooks’ worth and Trisha Yearwood’s worth keeps going up.

Garth Brooks net worth trended further upward in 2018.  The country music star sold more than 6 million tickets on his recent three-year North American tour with wife Trisha Yearwood.  He appeared on Forbes annual celebrity earnings for 2018 with $45.5M in estimated earnings.  This made Garth the #2 ranked Country Music singer for 2018 with Luke Bryan having a narrow lead at $52M.   2018 concluded the big tour and Garth has announced plans to return to touring in 2019.  Garth also completed a CBS special based off his sold-out Notre Dame Stadium show.  The television special premiered on Dec. 2nd featuring Brooks as the first singer to perform in the stadium.

Garth’s estimated net worth in 2017 was $280M gaining $40M from prior year estimates.  This was a big touring year for Garth and Trisha with much of the year spent on the road.  The Garth Brooks World Tour with Trisha Yearwood wrapped up in December 2017 after an impressive three and a half year long run. The tour smashed records previously held by such acts as The Beatles and The Rolling Stones. Overall, the stint sold over 6.3 million tickets, making it the biggest North American tour in history and the biggest American tour in the world.

Garth Brooks has an estimated net worth of $240 million in 2016.  Garth had a busy 2016 as he launched a SiriusXM channel (The Garth Channel) in September 2016. In October 2016, he released the single, “Baby, Let’s Lay Down and Dance,”  in advance of his 11th studio album (Gunslinger).  Garth also completed a deal with Amazon to stream and distribute his music.  .

Garth has had two marriages to first wife Sandy Mahl and current wife Trisha Yearwood.  Learn more about each marriage below.

Garth Brooks has been married to fellow country music star Trisha Yearwood since 2005.  Soon after his divorce to Sandy Mahl, Brooks began dating fellow country music artist and longtime friend Trisha Yearwood. The pair got married on December 10, 2005, marking the second marriage for Brooks and the third for Yearwood. Garth and Trisha have no children together.  Trisha gained three step-daughters via her marriage to Garth.  Trisha has known Garth since 1987 and the couple had to wait several years before getting married.  Tisha Yearwood’s success is impressive — she’s a two-time winner of CMA’s female vocalist award and has won three Grammy Awards.

After meeting in the studio, Garth promised Yearwood he would let her tour with him if he ever made it big. A couple years later, Brooks fulfilled his promise to Trisha Yearwood, and the pair began touring together around North America. On top of allowing Yearwood to open for his concerts, he performed several new songs with his new best friend such as “Like We Never Had A Broken Heart.”  After many years of friendship, Brooks proposed to Yearwood on stage at Buck Owens’ Crystal Palace before 7,000 cheering fans.

With all three daughters finished with college, Garth says he’s never been happier. “I never knew it could be like this,” he says with a smile. “I never knew that every day you could feel like this.”  Today, Brooks and Yearwood are happier than ever as they tour together with record-breaking ticket sales.  The happy couple tours together and are seldom seen apart.
View this post on Instagram

Come backstage for rehearsals for @NotreDame! This is going to be AWESOME! love, g #GARTHatND To watch #StudioG LIVE click link in bio or copy/paste bit.ly/2Qp9Wl5

Brooks was married to Sandy Mahl from 1986 to 2001.  He married college sweetheart Sandy Mahl on May 24, 1986. The pair have three daughters together and separated in early 1999 with finalization of the divorce in 2001.  Learn more about Sandy Mahl here (14 Intriguing Facts about Sandy Mahl).

After 15 years of marriage, Garth and Sandy’s divorce became final on December 17, 2001. Mahl was awarded a whopping $125 million in the divorce settlement making this divorce one of the most expensive divorces of all time.

Garth has a total of three kids.  Garth Brooks’ three daughters with ex-wife Sandy Mahl are now all officially twenty somethings and paving their way in the world!  Garth’s kids include:

Garth has played with the same band members for his storied career.  After marrying Trisha Yearwood, Garth and Trisha combined several band member talents.  The Garth Brooks band members include:

Garth and His Band

Some best-selling records from Brooks career include:

Garth has released a whopping number of singles over the course of his professional music career.  Here are some of the top Garth Brooks’ hits:

Garth has had several top hits:

Garth Brooks has won numerous awards across his career including: