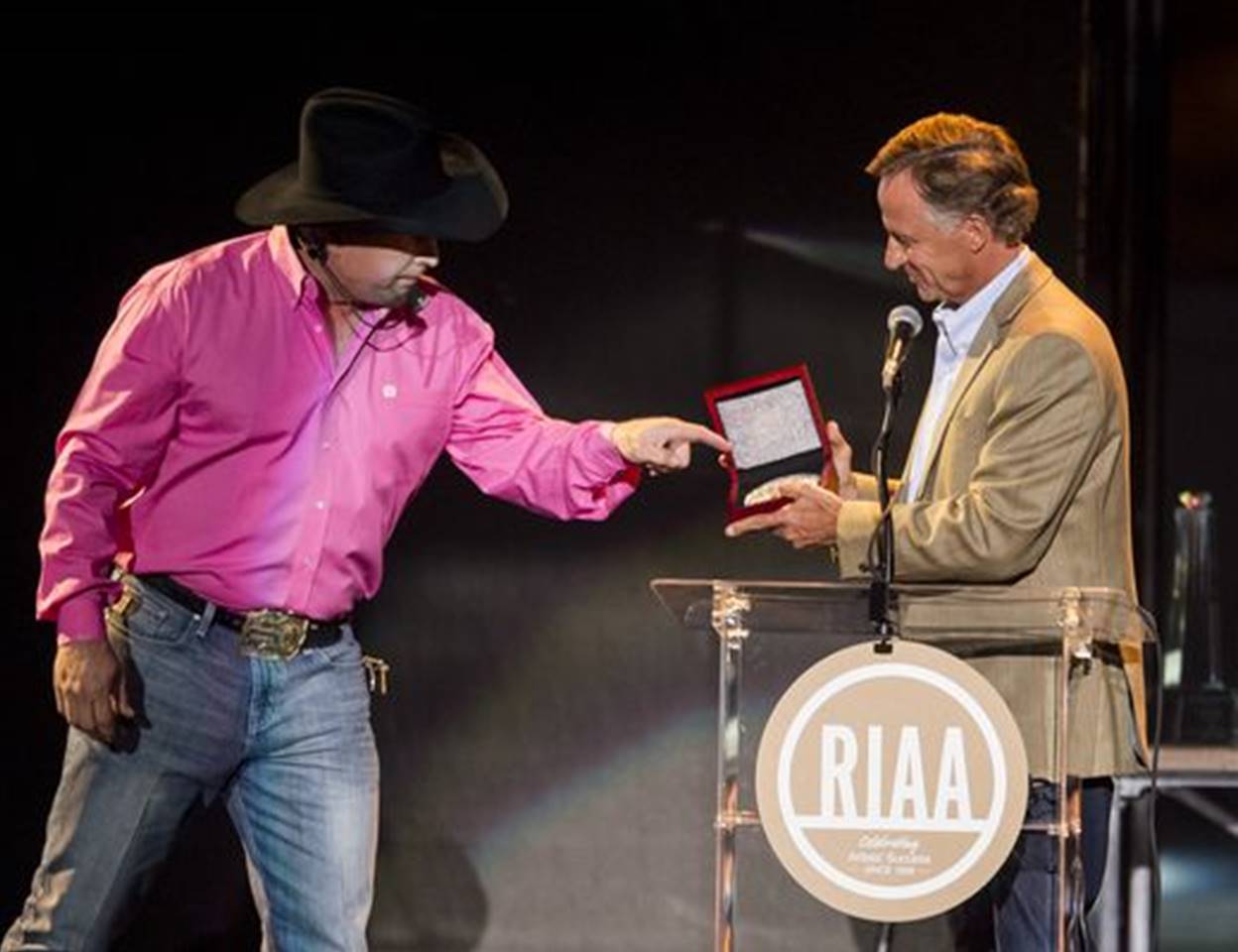 Oklahoma native Garth Brooks is the only artist in music history to have seven albums certified “Diamond” by the Recording Industry Association of America (RIAA)!

Diamond status means that an album has sold more than 10 million copies in the United States alone— so the country music star has repeated this jaw-dropping feat seven times over.

As promised, Brooks celebrated this huge milestone by joining forces with Tennessee Tourism to put on a free show at Nashville’s Ascend Amphitheater on Monday night.

“(Brooks) beat out a little band called the Beatles, who have six (diamond certifications),” Tennessee Governor Bill Haslam proudly announced to the gathered crowd. “In Tennessee we talk about ‘The Soundtrack of America. Made in Tennessee’ and one of the things that we are proud of is that all seven of these albums were recorded right here in Tennessee. Garth can do this anywhere, obviously. We’re honored that he is doing it here.”

While fans would have been thrilled just to see Garth perform solo, the celebration also included special guests Reba McEntire, Jason Aldean, Kelly Clarkson, Chris Young, Steve Wariner, and Trisha Yearwood. The musicians performed an array of Brooks’ greatest hits and the legend occasionally joined in for a duet.

Kelly Clarkson “We Shall Be Free” Cover

The special event concluded with a group performance of the smash hit anthem “Friends and Low Places.” Enjoy the lively rendition below!

But one of the best, most touching moments occurred behind the scenes…

Yes, Randy Travis was on the scene to congratulate Garth Brooks in person!

Share this awesome accomplishment with other loyal Garth Brooks fans!