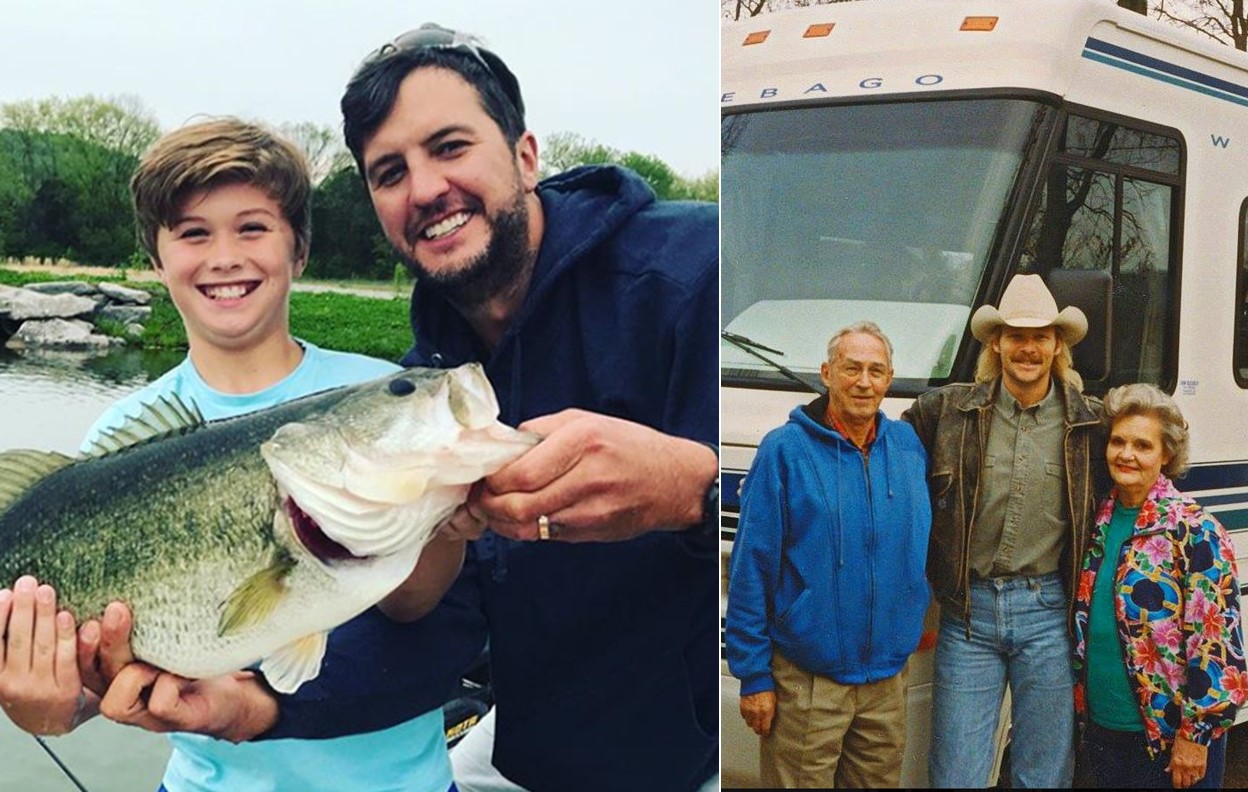 Father’s Day 2020 is Sunday, June 21st! In celebration, a few country music stars have shared stories about their own fathers, parenthood, and more!

Father’s Day 2020 is Sunday, June 21st! In celebration, a few country music stars have shared stories about their own fathers, parenthood, and more!

Darius Rucker is a ‘Fun Dad’:

“There’s a whole kind of different universe that has opened up that I never knew existed, and I’m not the center of it, which is really cool. It just makes you look at things totally different.”

Eric Church Talks About his Dad:

“My dad is a, I’m trying to find the right words to describe him. My dad is a great guy, honest guy, very call it like he sees it, which is where I get a lot of that. No BS. I’m gonna tell you how I feel whether you like it or not. I’m that guy, I’m me…My dad’s that way, so I get a lot of that from him. There’s also an honesty and an integrity that my dad carries himself with that I’ve always admired. I think the both of them combined, and they’ve been married for I think 40 years, to be together that long in this day and time is a feat in itself.”

Josh Turner‘s Sons Are Getting into Music:

“As far as talent and potential, my oldest three, especially, they could do anything they wanted to do if they put their mind to it and their heart was there. My oldest [Hampton] is incredible at playing mandolin. Colby, we kind of noticed him turn the corner lately with the fiddle, and Marion is actually playing a ukulele that’s tuned like the top four strings on a guitar, so in essence, he’s learning how to play guitar. They’ve just kind of started incorporating some singing into some playing, so they’re starting the whole singing and playing at the same time kind of thing, and not only that, they’re even learning to play songs together on their individual instruments. So, it’s amazing to see how much they can learn in such a short amount of time. It makes me realize how much I missed out on when I was that age, ‘cause I did take some music lessons growing up and everything, but I think they feed off of each other honestly. I think that’s why they’re getting so good is because they’re all doing it, not just one of ‘em.”

“It’s still such a new experience for us, and man, I’m telling you, people can tell you all day long how great it’s going to be, but it still never touches it. That little man looking back at me, it’s the most unbelievable feeling. And every day, for me who hates mornings [laughs], waking up to a slap in the face; he’s like pounding on me, then he’s like kissing on me and stuff. It’s unbelievable. It’s absolutely beautiful.”

“Well, my dad was, I always just go back to the life lessons that always started either in a fishing boat or hunting somewhere, and that’s why I’ve always kind of been a champion of those types of behaviors certainly with your boys and your children because you get to spend time and hand down values. My dad was always big on just hard work and being good to people and a handshake is the contract. A handshake is your bond, your word. His famous saying always was, ‘Do something right the first time and you won’t have to go back and do it over again.’ I won’t say I batted a thousand perfectly on that, but I’ve kind of tried to live by that.”

Vince Gill Talks About What He Wants to Pass on to his Kids and Grandkids:

“Kind, hopefully make them kind. It’s all we got. We’ve got five kids, a couple of grandkids. These grandkids are the complete light of my life. They show up and the rest of the world can kiss my youknowwhat (laughs). I say we’re just gonna go swing in the backyard, we’re gonna wrestle on the bed, we’re gonna eat those Goldfish, you know? And nothing else kinda seems to matter. And then I think what I love seeing more than anything is for my kid to finally understand what it means to love. Man, it’s awesome to see my kid finally get it what that unconditional love really looks like and feels like.”

Keith Urban Loves Being a Father:

“The first thing is probably just having someone call you dad. I’m like, ‘Omigosh! I’m her dad! That’s amazing.’ That’s probably the first thing to me. I don’t know, I mean, the different personalities that our two daughters have, that’s amazing. It’s such a long list I think. I always say…I think for the people that haven’t had kids – which I hadn’t for a long, long time. I didn’t have kids ‘til later on, and being around it is not the same as having them, you know? I realize that it’s not something that can be explained until you actually sort of have it, so I’m glad I got to experience that.”

Happy Father’s Day 2020! Share this with other country music fans!