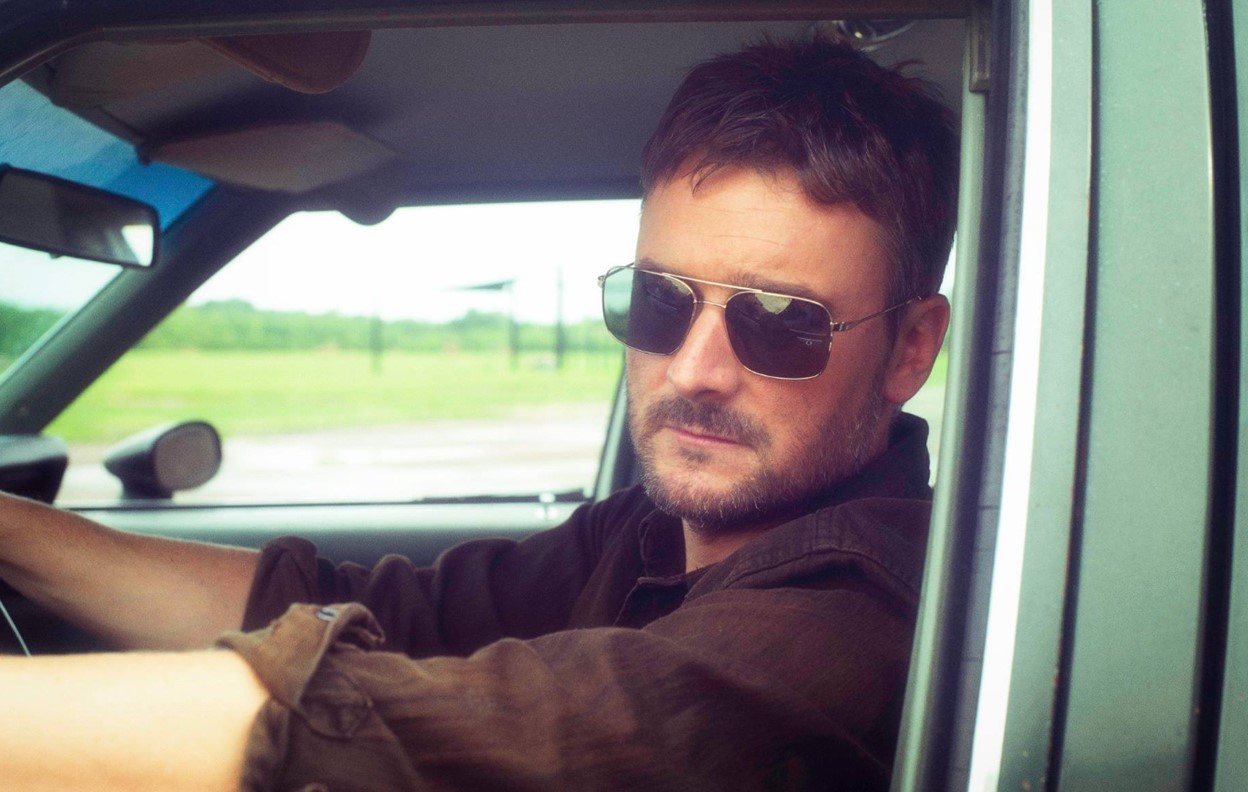 Think you know everything about this country music star from North Carolina? Check out this collection of Eric Church facts...

Country music singer-songwriter Eric Church, 44, is known as a ‘bad boy’ and a ‘rebel,’ but he’s so much more than that! He’s a devoted husband to wife Katherine Blasingame Church, a father of two sons—Boone McCoy Church (October 3, 2011) and Tennessee Hawkins “Hawk” Church (February 15, 2015)—and a true artist with no boundaries. Learn more about the proud ‘outsider’ through these Eric Church facts below!

1) His first name is actually ‘Kenneth!’ He was born Kenneth Eric Church on May 3, 1977 and was named after his father.

2) The nickname “Chief” comes from his maternal grandfather who was also nicknamed Chief. His band also gave him the moniker without knowing about the family connection. More on that story here.

3) Eric almost always wears sunglasses while performing for a very practical reason— the the stage lights dry out his contacts. The look has since become his signature style.

4) Eric Church loves whiskey so much that Jack Daniels creates custom bottles for him. The special bottles feature a medallion around the neck that’s etched with the singer’s face.

5) Eric has a degree in marketing from Appalachian State University. Check him out covering Garth Brooks back in college here.

6) He was engaged shortly after graduating from college, but ended the relationship after his fiance’s father tried to talk him out of pursuing music career.

7) Bruce Springsteen sent Eric a fan letter and declared that he and his family loved Church’s big hit song “Springsteen.”

8) in 2006, He was fired by Rascal Flatts for playing too long as their opener. Taylor Swift replaced him and she sent him her first gold record as a ‘thank you’ for helping her land on the tour. More on that drama here.

9) He made a deal with his father that if he went to college and got a degree, his father would fund his first year in Nashville pursuing music. Both parties held up their end of the bargain.

10) Back in high school, Church was quite the athlete. He played baseball, golf, basketball, and football.

11) Despite being a country artist, Eric has played Lollapalooza and Metallica selected him to play during their inaugural Orion Music Festival.

12) The star knows how to hold a grudge. He has a list of people who have thrown obstacles at him and even carries the list with him onstage.

13) Eric and his family like to be environmentally-friendly and grow many of their own vegetables.

14) The artist’s first job in Nashville was with the Home Shopping channel. He got fired after talking potential customers out of making questionable late-night purchases.

15) Eric’s second son, Tennessee Hawkins Church, got his name from his father’s love of playwright Tennessee Williams and the lyrics of Don Williams’ “Good Old Boys Like Me.” The nickname “Hawk” came from the bird of prey and the star thought it sounded cool.

16) In 2017, the singer-songwriter underwent emergency surgery at Duke University Hospital after a life-threatening blood clot formed in his chest. Eric ended up having a rib removed.

Share these Eric Church facts with other country music fans!