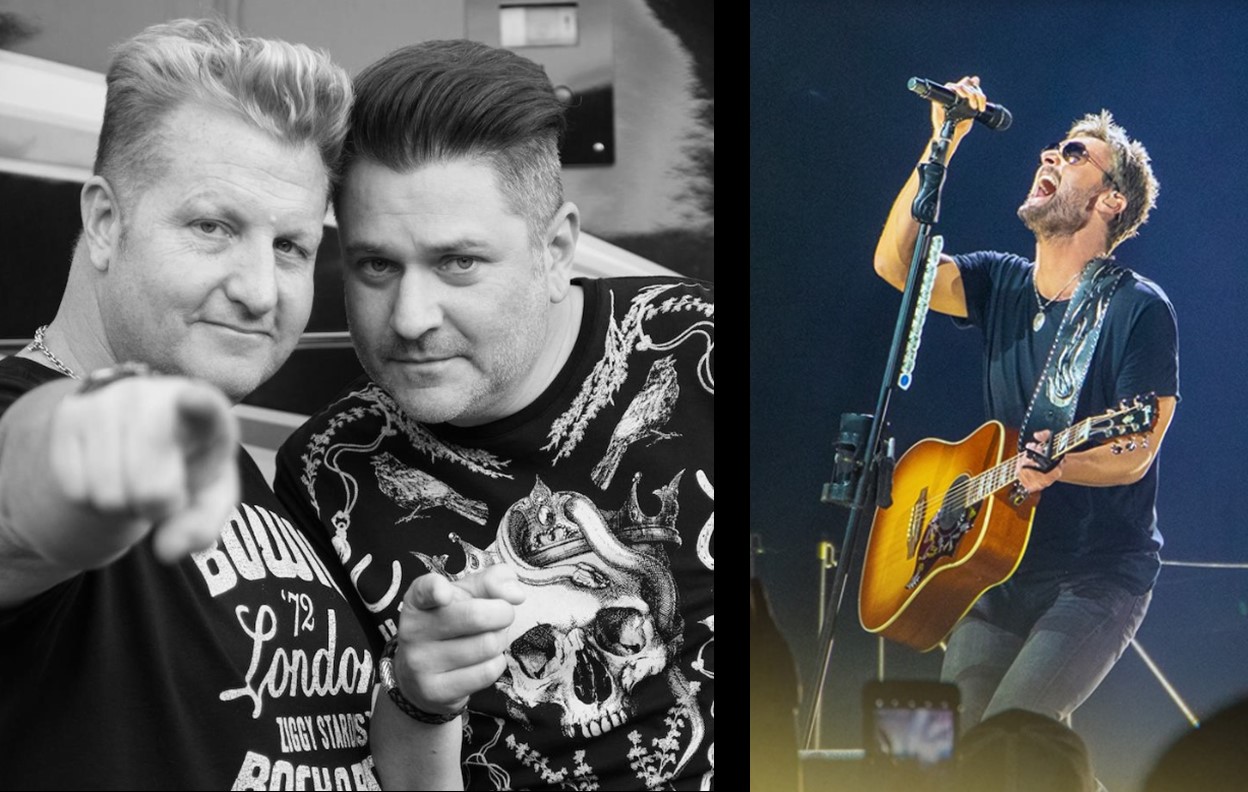 Eric Church and Rascal Flatts feuded during the country music group's tour back in 2006. Find out how this helped Taylor Swift's career...

It’s story time in country-ville and we are taking this 2006 flashback through feud-town with a up-and-coming Eric Church and Rascal Flatts. Grab the popcorn, Taylor Swift guests stars in this humorous story!

Back in ’06, Church released his Sinners Like Me album and landed a spot on Flatts’ Me and My Gang Tour. Little did the trio know, that they would be booting off their opening act in the near future…

Yep, you read that right! Eric continuously pushed the buttons of the “Life Is A Highway” singers. After routinely playing too loud during his time slot and staying on stage for longer than his allotted time, Rascal Flatts wasn’t having it.

According to The Boot, Flatts tried compromising with the trying singer by adding 12 minutes to his time slot. For every minute they went over their assigned time frame, there were thousands of dollars worth of charges by the minute in labor fees, according to DeMarcus.

Eric persisted in breaking the band’s rules, which resulted in his removal on the tour. Church later admitted that this was a part of his plan as he realized early in the tour that it wasn’t for him.

Church’s termination earned the emerging Taylor Swift a spot on Flatts’ Me and My Gang Tour. This opportunity allowed the new performer to showcase her mad skills and build a fanbase with her 2006 self-titled album.

The kicked-off songster admitted to Swift that she was a better fit as an opening act on the tour and he jokingly requested to be gifted of her first gold album as a ‘thanks’ to paving her way into fame.

Swift made the joke into reality, which concludes this story, as she sent Church her gold album with a note saying, “Thanks for playing too long and too loud on the Flatts tour. I sincerely appreciate it.”

Moral of the story, if you want a spot on the big stage, have Eric Church cause a feud with one of country music’s biggest bands! Well, maybe not.

Watch Rascal Flatts tell the story at the 4:00 mark below…

Hear Eric tell his side of the story at the 6:00 mark here…

In case you were wondering, Eric Church and Rascal Flatts are 100 percent cool now. Share this throwback with other country music fans!