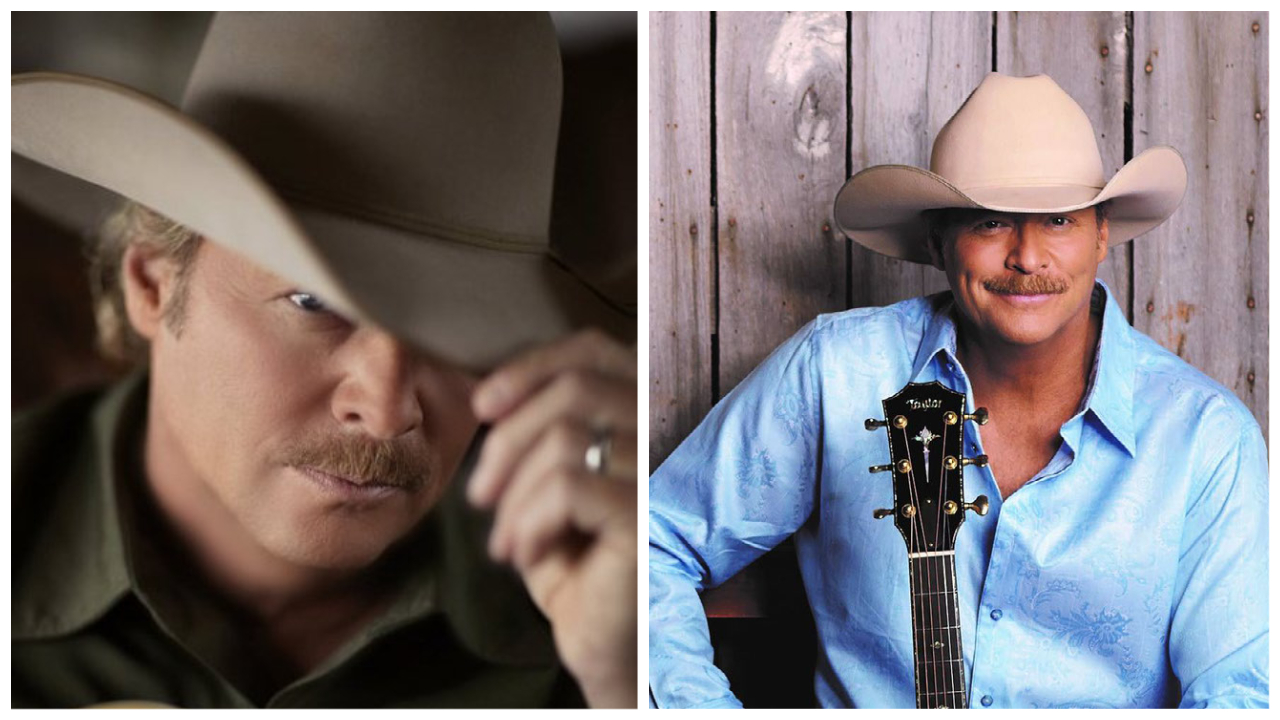 Watch the videos about his life and family and learn more about the prolific singer-songwriter through this collection of Alan Jackson facts below!

Learn more about his wife and daughters by watching the Family Journey video and see a listing of interesting facts below.

3) The Georgia native’s favorite sandwich is a pineapple and mayonnaise sandwich.

4) Jackson’s custom made red boots from his “Chattahoochee” music video are his most beloved pair.

5) His choice cowboy hat is the Stetson Rancher “Silver Belly.” He once tried to switch to rocking a black hat, but his wife Denise advised against it.

6) The 1955 Thunderbird convertible was his very first car.  Denise later tracked down and purchased his original Thunderbird as a gift to her husband.

8) His favorite self-penned song is “Home.”

10) At just 12-years-old, the future country star took his first job at a shoe store.

11) Above all, he wants to be remembered most for his songwriting.

12) Alan met his future wife Denise Jackson as a teen at their local Dairy Queen.

13) When he first arrived in Nashville, Jackson worked in The Nashville Network’s mailroom.

16)  He was inducted into the Country Music Hall of Fame in 2017 by Loretta Lynn.

18)  He has recorded and released 16 studio albums

Be sure to share these Alan Jackson facts with other country music fans and get to know his three daughters here!