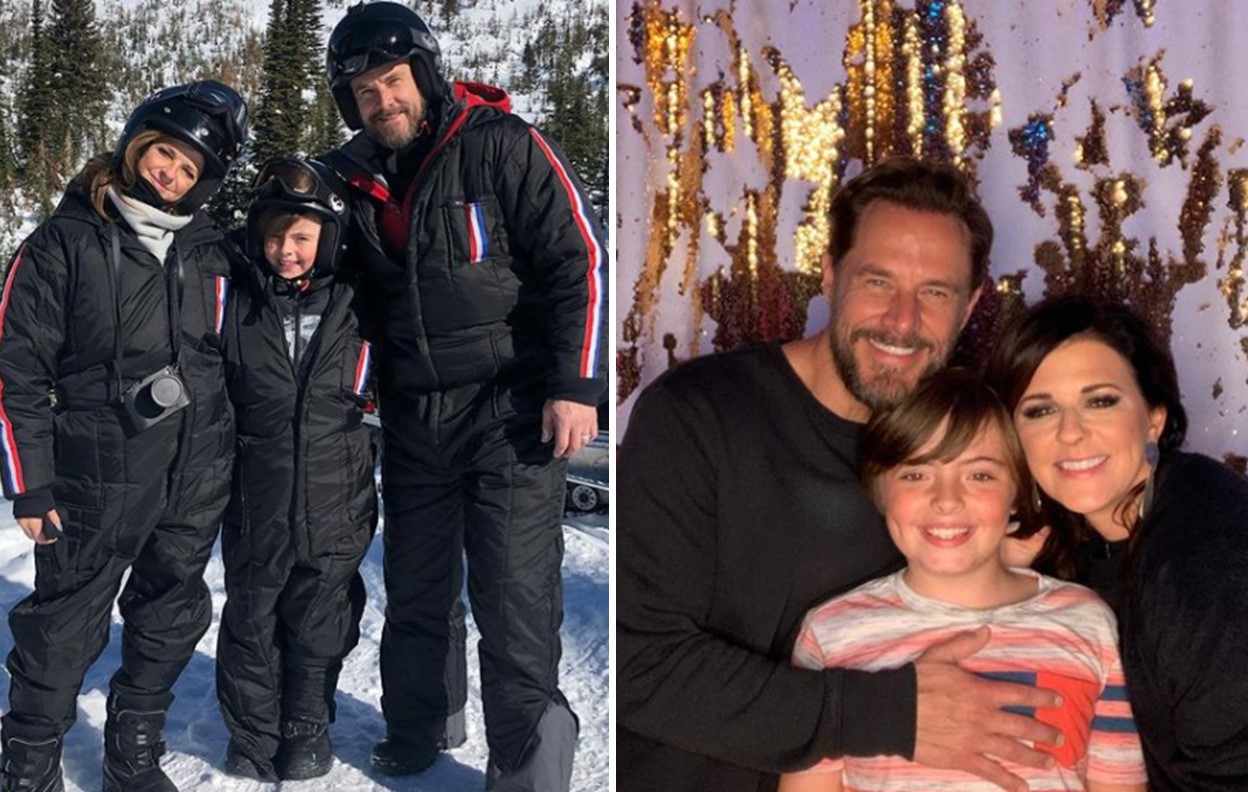 Ten-year-old Elijah Dylan Westbrook has quite the country music pedigree—- his parents are Little Big Town’s Jimi Westbrook and Karen Fairchild! His father and mother helped form the award-winning country music group alongside Kimberly Schlapman and Phillip Sweet in 1998. The quartet released its self-titled debut album in 2002 and the rest is truly Nashville history!

Though they had a solid professional relationship, Jimi and Karen didn’t explore the romantic side of their strong bond until years later.

“I think there was always something underlying there that we were trying to ignore,” Westbrook shared with Great American Country in a past interview. “Then when the opportunity came, when all of us ended up single at the same time … those feelings, you were able to come out with them finally. It was like, ‘We’re single. Let’s get together.’”

“She has a beautiful heart, and she’s absolutely gorgeous,” he added, “and I just love her dearly.”

The couple tied the knot on May 31, 2006 during an quiet ceremony in Nashville— so quiet that the public didn’t know they got hitched until two months after the wedding took place. Nearly four years later, the pair welcomed their son Elijah into the world on March 5, 2010.

“It is amazing. Jimi is my soulmate,” Fairchild told Us Magazine in late 2010. “I knew there was a deep connection there, but once you decide to be together, you find even more, and then to have a child together is a beautiful, beautiful thing for us to share and a dream come true.”

The band has been through a lot as a unit— divorces, marriages, children, vocal issues, etc. At one point Little Big Town was on the brink of dissolving for good after Kimberly tragically lost her first husband, Steven Roads, to a heart attack in 2005. Through it all, they remained together and got through the worst of it.

What great examples of resilience for Elijah and the other Little Big Town kiddos (Daisy, Dolly, and Penelopi) to witness first-hand. We’re sure young Elijah has a bright future ahead of him especially with his parents’ sage guidance.

Enjoy this collection of snapshots featuring Elijah Dylan Westbrook below!

Elijah and his New Best Friend

Jimi and Elijah Over the Years

Happy Father’s Day Jimi. You are an amazing Father. Hope you get to do what you want all day!! 😂😂 We love you. ❤️❤️

Happy Mother’s Day, babe! You’re an amazing mom. Thank you for the way you love and care for Elijah. We’re both so blessed to have you in our lives.♥️

Singing with Mom and Dad

Hope this makes you smile and sing a long. ❤️ #disneyfamilysingalong

Be sure to share this closer look at Elijah Dylan Westbrook with other loyal Little Big Town fans!