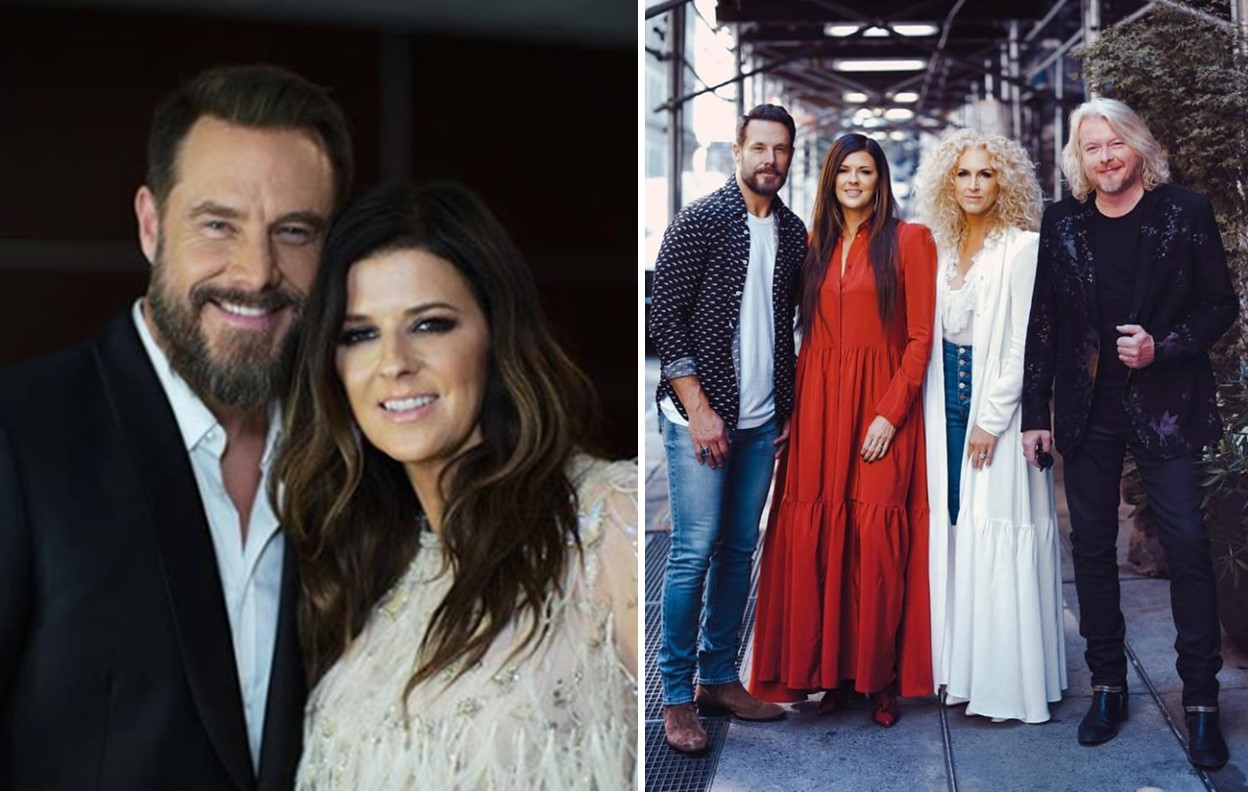 The talented couple married on May 31, 2006, during an quiet ceremony in Nashville— so quiet that the public didn’t know they got hitched until two months after the wedding. Nearly four years later, Jimi and Karen welcomed their son Elijah Dylan Westbrook into the world on on March 5, 2010.

“I think Jimi and I had a special friendship and connection that blossomed when we were both single,” Karen explained in a 2010 interview with Us Weekly. “Sometimes you just have to cross that line and take a chance and when we had that opportunity we did. Of course we didn’t want to mess up the band but we decided it was worth the risk.”

Listen to Jimi talk making things happen with Karen below!

JIMI: “We were in the band a long time before there was ever anything which is interesting. I think there was always something underlying there that we were kind of trying to ignore. And then when the opportunity came, when all of us, ended up single kind of at the same time, a very strange turn of events for the band in a lot of different ways. And those feelings, you were able to come out with them finally. It was like, we’re single. Let’s get together. And, you know, she has a beautiful heart and she’s absolutely gorgeous and I just love her dearly.”

KIMBERLY: “They’re a perfect match. They really are. They were meant to

Enjoy some of their cutest recent family and couple moments below!

Such a memorable night last night. I’m grateful for the gift of music that soothes heavy hearts and brings so many unique individuals together to celebrate our human experiences. Oh yeah… and I sang with @smokeyrobinson !!! What??🤯Thanks for the looks @dolcegabbana !

Thank you @cma for an inspiring night of music. Always an honor to be a part. Styled by @karlawelchstylist @gracewrightsell Hair @dickycollins Make up @karanmitchellmua Photo @reid_long

The band has been through a lot as a unit— divorces, marriages, children, vocal issues, etc. At one point LBT was on the brink of dissolving after Kimberly tragically lost her first husband Steven Roads to a heart attack in 2005.

We’re thrilled that this quartet has remained so true to each other and has even spawned off one really beautiful marriage. We wish Jimi Westbrook and Karen Fairchild the best as they enjoy their 13th year of wedded bliss!

Share this closer look at Jimi Westbrook and Karen Fairchild with other Little Big Town fans!

Country music hit-maker Luke Combs has expanded his What You See Is What You Get Tour into the fall! The newly added shows will be in-the-round style with the stage in the middle. Special guests Ashley McBryde and...
Country Fancast 20 hrs ago