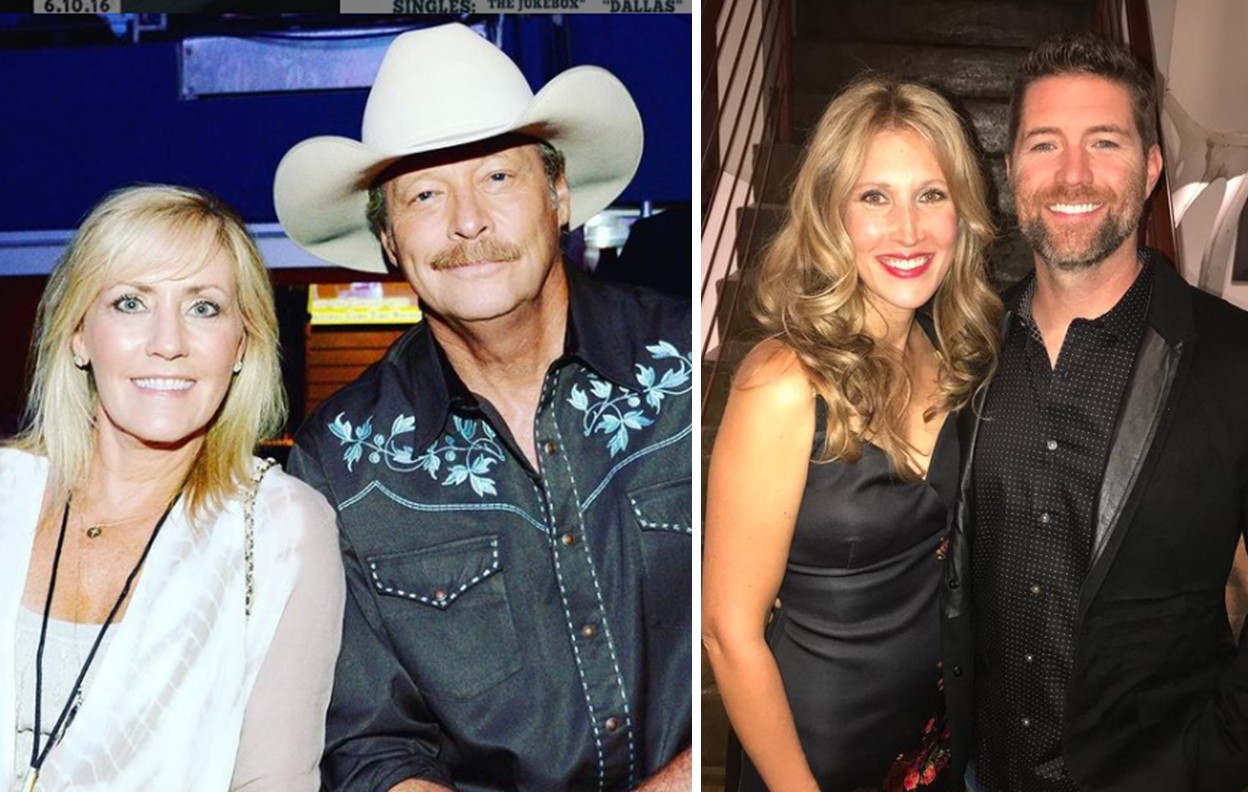 Valentine’s Day 2021 is upon us! To celebrate, we have some country music star thoughts and feelings about love, romance, and marriage...

Valentine’s Day 2021 is upon us! To celebrate, we have some thoughts and feelings and more about love, romance, and marriage from several of your favorite country music artists.

“We got a lot of history together now, and we’re happier than we’ve ever been. So, she’s still beautiful, and she’s always inspired songs. I mean, one of my early hits was a song called ‘I’d Love You All Over Again,’ I wrote for her for our 10th anniversary. I mean, there’s been a zillion songs that have pieces of our good days and bad days inspired, and they continue to.”

“When ‘What Was I Thinkin’’ was released in 2003, I didn’t know what my life would look like, and all of a sudden, I found myself out on the road full-time, just gone. So, the place where I was staying, I had some friends pack it up and move it into a storage facility…and in there I found some letters that she and I had written back and forth when we were dating. I was working at The Nashville Network and she was working out in San Francisco and found some letters I had written her and I’d gotten back and some stuff she’d sent me, including a CD of songs she’d been listening to, back when you made CD mixes and there’s like these three hearts on that CD. I just found that it was so meaningful for me those gifts you give each other before any money, before anything else was going on, just music, giving of mixtapes was so cool. She reminded me of a mixtape that I had sent her. I’d sent it to her via FedEx, because it was so important she get this as quickly as possible. This was sadly before, I guess we had internet back then, but you really couldn’t send songs over the internet. I think the most interesting thing I’ve given her and she’s given me was just mixtapes, because there’s nothing like music to put into words and the thoughts you have in your head that you can’t formulate yourself.”

“True love to me is when you love a person in spite of all their fallibilities, and for me, I have a lot of ‘em. I’m definitely at times hard to love, and that’s what’s great about Katherine and the way she loves me. She loves me in spite of those things and really for those things.”

“If you ask my wife Jennifer if I was a romantic, she would definitely say, ‘Yes,’ but she knows that sometimes my hectic schedule and our busy lifestyles can kind of interfere with the romantic side of things. But we do try to make efforts towards being together and having adult conversations and taking time away from the children and doing things that husbands and wives do, so we’ll definitely try to continue that for a long time to come.”

“I would say to being a 14 year marriage and relationship and for she and I to have known each other even in college and then we kind of separated a little bit for five, five-and-a-half years, she went and lived her life and I went and kind of did the same, got my career going up here (in Nashville). And you know, the relationship goals are just to try to communicate and talk stuff out and enjoy each other and not let fights or arguments or disagreements linger on more than a day or two. I’m one of those people if we’re not seeing eye-to-eye, I have to let it out maybe a little too soon, sometimes she likes to process it. But the main thing with any marriage is just trying to laugh with one another, have fun with one another, not take each other too serious and like I said, communicate and have good days and have a lot of fun and enjoy your family.”

Have a happy Valentine’s Day 2021 and share this with other country music fans!