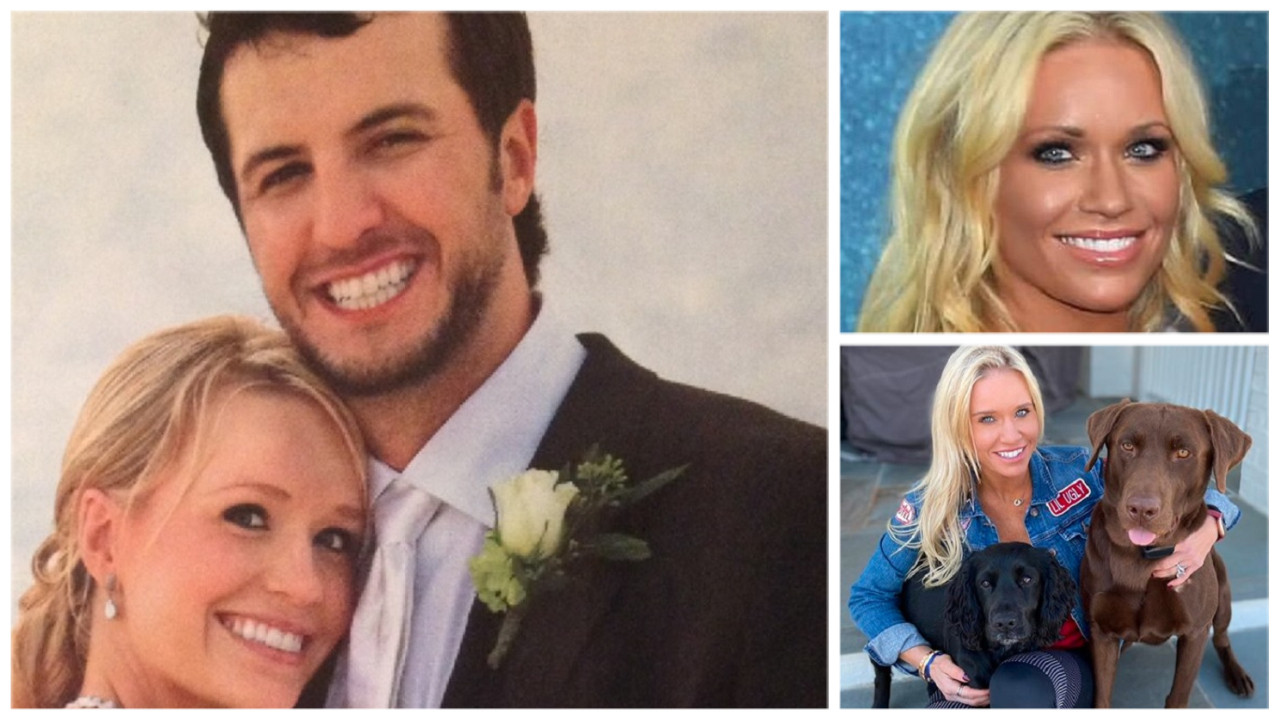 Caroline C. Boyer was born on December 31, 1979 in Georgia.  Her father is Waymond Boyer and her mother is Yvonne Boyer. Her dad was a social specialist and her mother worked as an operator at an insurance agency.  Caroline has one brother named Bo Boyer who is married to his wife Ellen Boyer.

Caroline and Luke first met when they attended Georgia Southern University in Statesboro, GA. The pair met at a local bar called Dingus Magee’s in the fall of 1998, he was a senior and she was a freshman.  Bryan once explained to Good Housekeeping that he was smitten with his wife at first sight, “It was love at first sight with Caroline — those blue eyes of hers. I knew that, no matter what, I was going to make my way over to her.”

Despite how smooth Luke Bryan seems to be, Caroline fessed up to People magazine that she was the one who made the first move, “He was always a gentleman. We hung out as friends first and he never made a move on me. I kissed him first! He was always so scared of making a girl feel uncomfortable, he wouldn’t cross a line.”

Sadly, the college sweethearts broke up and were apart for over five year before reconnecting again in Statesboro.

“I was playing a little bar in Statesboro and she just happened to kinda be in town. We kinda saw each other and talked a little bit and then started emailing back and forth a little bit. And she was like, ‘Hey, you want to come to my family’s Christmas party?’ I went to the party and the rest is history,” recalled Luke Bryan in a past Huffington Post interview.

After years of on-and-off dating, Luke and Caroline got hitched on December 8, 2006 and are still going strong despite the pressures of country music fame and intense tour schedules.
View this post on Instagram

The happy couple have two sons, Thomas Boyer Bryan “Bo” born on March 18, 2008 and Tatum Christopher Bryan “Tate” born on August 11, 2010. They are also raising Luke’s sister’s son, Tilden, after both of his parents tragically passed away. The family spends most of their time at their farm in Tennessee but also own a beautiful beach house in Florida.

Besides running the Bryan household, Caroline has also created Brett’s Barn in honor of their late niece, Sadie Brett Boyer. During an interview with Taste of Country Nights, Luke revealed that the living memorial to their niece coordinates with local charities to bring kids out to visit and interact with the animals. Caroline also supports The Brett Boyer Foundation, which was started by her brother and sister-in-law.

Caroline Boyer Job:  Caroline is a full time mom and is also very active with charity work including Brett’s Barn and the supporting Foundation.

Starring Role: Caroline appears in several of Luke’s music videos including:  “Crash My Party”, “Huntin’, Fishin’ And Lovin’ Every Day” , and “One Margarita”

Share this look at Caroline Boyer Bryan with other country music fans!