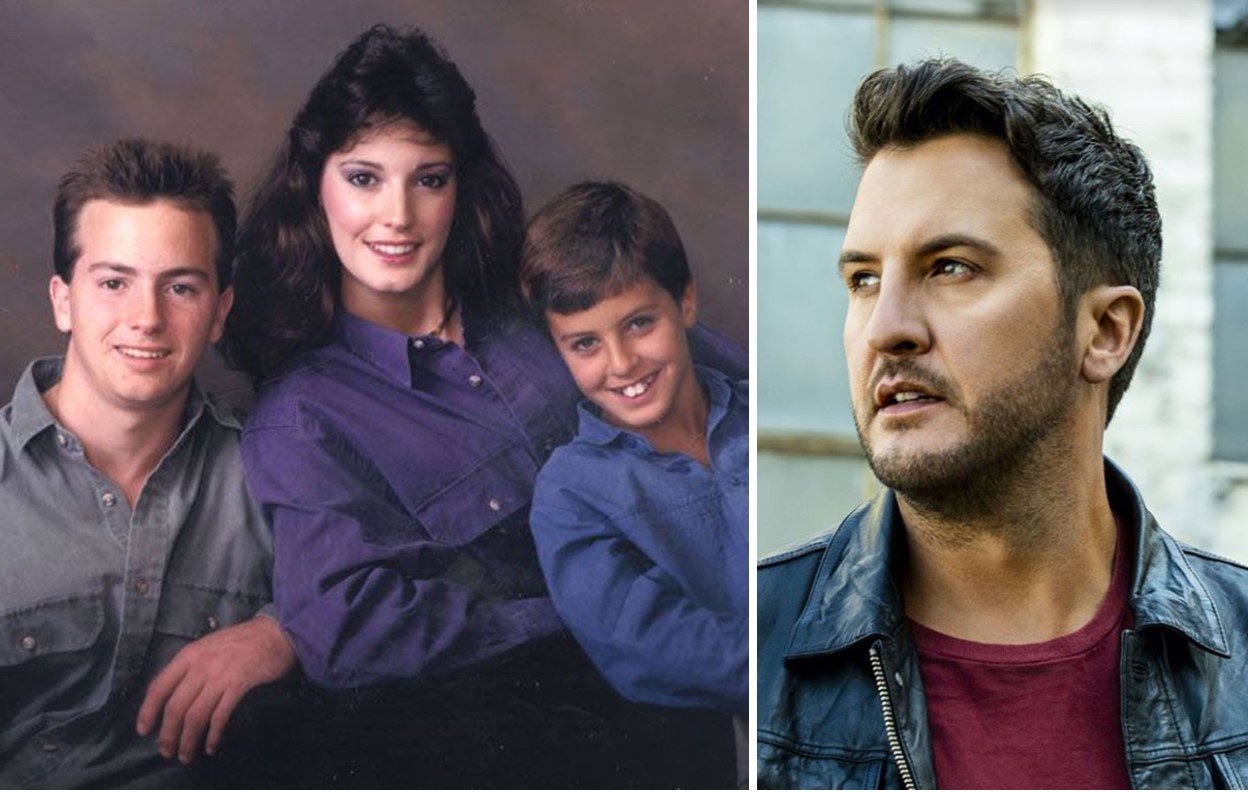 In a 2018 interview with Billboard, country music superstar Luke Bryan got real about how the unexpected losses of his brother, Chris, and sister, Kelly, rocked the close-knit family. More on Luke Bryan’s siblings below.

Just five days before 20-year-old Luke planned to pack up his life and try his luck as a musician in Nashville, his 26-year-old brother Chris was killed in a car accident. This tragedy prompted the budding entertainer to remain at Georgia Southern University and eventually work for his father Tommy’s fertilizer company. He couldn’t bear to leave his family in Leesburg, Georgia behind, especially his mother LeClaire, during their time of need.

Years passed and eventually it was Tommy who pushed his youngest child to pursue his own dreams.

“He was like, ‘Our fertilizer company will always be here, but you’ll never get your youth again. You’ll never have this time in your life where you don’t have a wife and kids, and chasing your dreams is not that complicated right now.’ Once I got his blessing, it made the decision easier,” Luke confessed.

After arriving in Nashville in 2001, Luke was signed to a publishing deal and made many trips back home with his band to play college bars and fraternity parties in Georgia. In 2004, the country star was signed to Capitol Records thanks to the existence of his established fanbase. Bryan made his Grand Ole Opry debut in April 2007. His sister, Kelly, helped arrange for over a hundred of his most loyal supporters to witness the event.  Sadly, Kelly unexpectedly passed away at her home just a few weeks later (May 8, 2007) due to unknown causes.  “They never determined what happened. The autopsies, the coroner, no one could figure it out,” Luke shared with PEOPLE in 2013.

“It forever altered my mother’s belief systems. I’ll get random calls from her when she’s having bad days. One day, she’s missing my brother, and one day, she’s missing my sister, and one day, she wants to be around me more, because I’m all she’s got left. We give Mama the benefit of the doubt on stuff. She has suffered a lot of pain as a mother, losing two children,” Luke reflected while speaking with Billboard.

As fans know, Luke and his wife Caroline Boyer Bryan raised their nephew Tilden alongside their sons Bo and Tate. The couple also look after their adult nieces Kris and Jordan. On top of losing their mother, the trio also lost their father, Ben Cheshire, in 2014 due to a heart attack.

Kris, Tilden, and Jordan with Bo and Tate

Despite the losses the country star has endured, he refuses to let it defeat him.

“I’m a pretty happy person. The loss we’ve dealt with has given me an appreciation of how precious and fragile life is. And yeah, I carry that mentality into my performances, and even into how I deal with people every day. When I meet people, I want them to leave going, ‘That guy doesn’t have a bad day.’”

In 2017, the Bryan family experienced yet another tragedy when Caroline’s brother and sister-in-law’s infant daughter, Sadie Brett Boyer, passed away due to health complications. In a 2019 interview with CMT, Caroline opened up about how hard another loss has all been on their family.

“Trust me, there are times when I just lose my sh*t. Sometimes I just go sit in the shower and cry. I struggle with Luke being gone all the time and how to make everybody happy and how to make this charity [The Brett Boyer Foundation] go well. It’s hard to be alone a lot. Our family thing is, you can take two paths in life: one of being bitter and angry, or one of I’m gonna find the happiness in this and make the best of something that’s horrible.”

Luke and Caroline have great attitudes and have really carried their family through some hard times. We’re sure Luke Bryan’s siblings are proud of how their little brother has stepped up for everyone. Share this closer look with other country music fans!