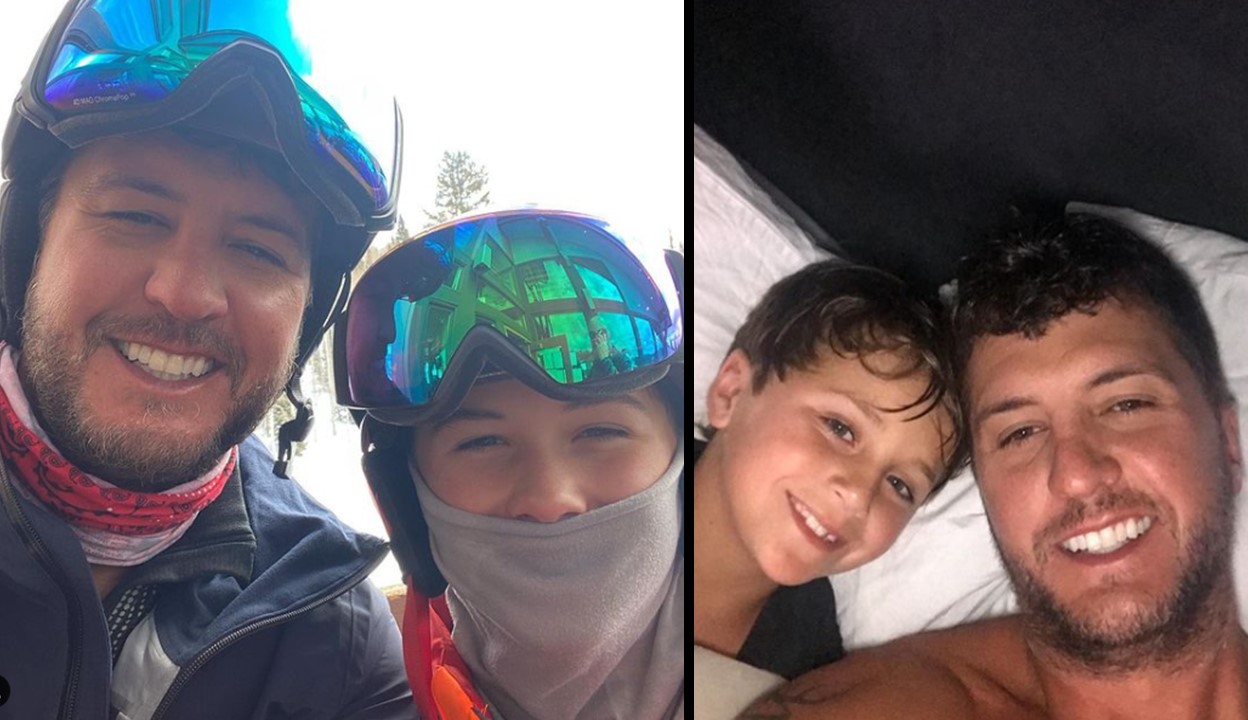 “They’re the best litmus test,” Luke recently explained to ABC News. “If there’s 10 songs on an album that the world hadn’t heard, and they want to hear these two over and over, and they’re not really saying much about the other ones, that tells me so much.”

In addition to Bo and Tate, after Bryan’s older sister Kelly passed away in 2007, followed by her husband Ben Lee Cheshire in 2014, Bryan and his wife began raising their teenage nephew Tilden aka “Til”. The teen’s older sisters, Kris and Jordan, are frequent visitors to the Bryan home. More about that trio here and via the video below.

“Obviously my nieces and nephew, they didn’t ask for this,” Bryan relayed to People during a past interview. “Their life was amazing before Caroline and I took a more prominent role, even after losing their mother. Now my focus is trying to do what we can to help them.”

Fans can always count on Caroline and Luke to document the Bryan family’s latest shenanigans via Instagram! Check out some recent moments starring Bo and Tate!

We love seeing the star’s devotion to his wife, nephew, nieces, and sons displayed so prominently. Keep up the good work! Also, Luke and Caroline— please keep the potentially embarrassing family snapshots and videos coming! Share this closer look at Luke Bryan’s kids with other fans!