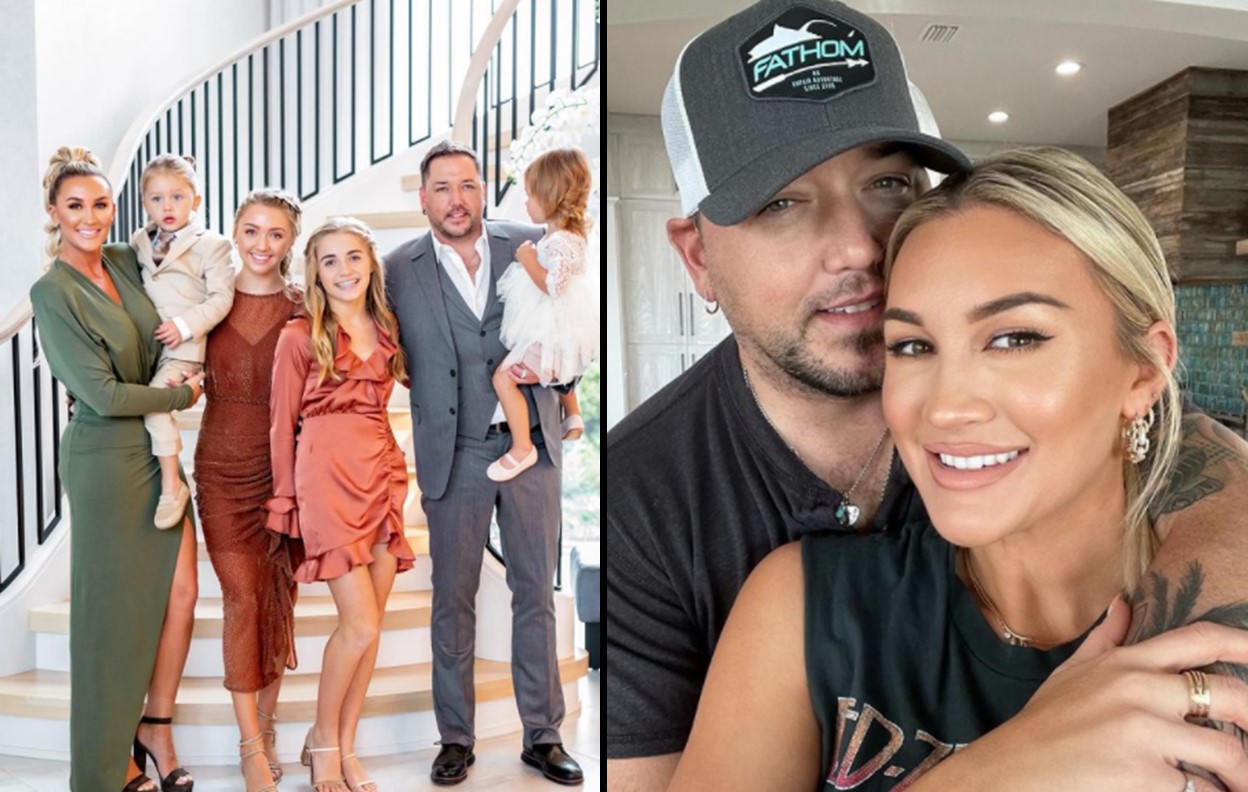 Brittany Aldean is the stepmom of Jason Aldean's oldest daughters, Keeley and Kendyl. Check out what she has said about taking on this important role!

When Brittany Kerr Aldean, 32, married the country superstar in March 2015, she officially became the stepmother of Jason Aldean‘s oldest daughters, Keeley and Kendyl. The pair are from the Georgia native’s first marriage to high school sweetheart Jessica Ussery.

“I really do find myself being kind of like a big sister, which is actually really fun,” Brittany recently shared with Us Weekly in a past interview promoting her South Beach Diet partnership. “I do love the fact that they’re a little bit older because it’s so fun. I really am starting to relate to them, especially the older one. She’s going through things now that I can really relate to.”

While being a stepparent can be difficult, Brittany is grateful for her relationship with Keeley, 18, and Kendyl, 13, “Sometimes it’s a thankless position, but I’m very, very fortunate in the fact that the girls are awesome. They love me, I love them. We get along very well. I’m really thankful that they’re the ones that I’m in this position with.”

During the early stages of the pandemic, Jason and Brittany were unable to see the girls for about a month. After staying put at Jessica’s home, the pair were able to safely visit the Aldean’s Florida beach house and spend time with their younger half-siblings, Memphis and Navy. Once the family moved into their new Tennessee estate, the pair have proven to be frequent residents.

In May 2019, Brittany shed more light on stepping into the stepmom role via a Instagram Story. When a fan asked for advice about being a “bonus mom,” Brittany was honest.

“Whewwww! Buckle that seat belt, girl!” Brittany responded. “It’s tough but you have the opportunity to REALLY impact their lives.”

“ROCK IT and be a strong foundation for them!” she added.

Brittany also revealed that Keeley and Kendyl normally stay with them every other week and a lot during summer break. This arrangement means the two girls get lots of time to bond with their blended family.

Being a stepmom isn’t easy, but Brittany appears to have formed a strong relationship with Keeley and Kendyl! Check out a closer look at the family below.

Share this look at Brittany and Jason Aldean’s oldest daughters with other fans!