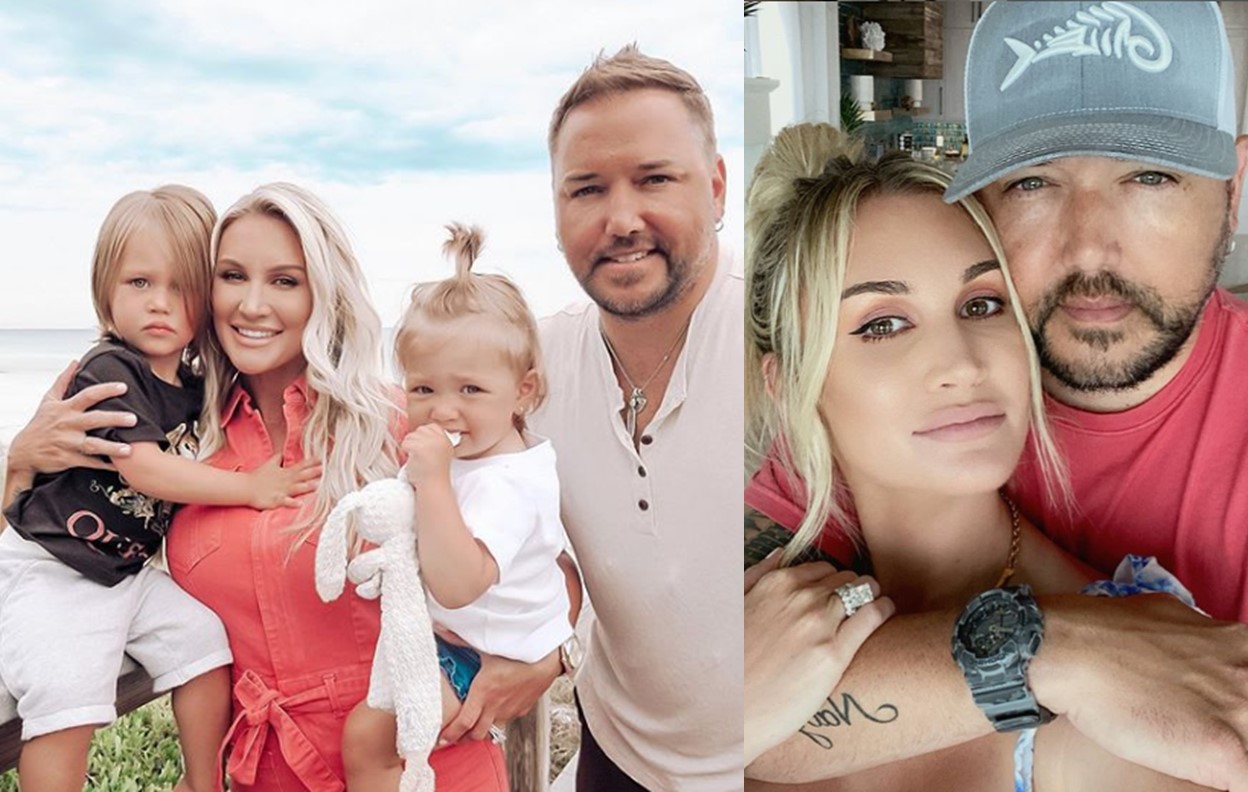 Get to know country music singer-songwriter Jason Aldean's wife number two--- Brittany Aldean! The pair have been married for over six years . . .

On March 21, 2015, country music superstar Jason Aldean married second wife Brittany Aldean (Kerr)  The couple became engaged on September 24, 2014 while visiting the San Diego Zoo.  Jason and Brittany had a very drama-filled start to their relationship back in 2012.  The American Idol hopeful was seen as “the other woman” after being caught by TMZ getting close to the star at a Los Angeles bar after he appeared on the show as a special guest. This highly publicized event took place before his divorce from Jessica Ussery, the mother of his two oldest daughters, Keeley and Kendyl.

While Jason and Brittany’s love story began with controversy, you can’t overlook their ability to overcome negativity. Jason and Brittany have been married for over six years and have two children together, 4-year-old son Memphis and 3-year-old daughter Navy.

Watch the video to discover interesting facts about Brittany Aldean and check out Brittany’s American Idol audition and the couple’s home in Tennessee below.

Before being in the spotlight, Brittany attended the University of Alabama and graduated with a degree in Human Environmental Science. Although she was a cheerleader in high school, she was deemed too tall and lanky for the University of Alabama squad. Eventually, she landed a spot on the Charlotte Bobcats’ Lady Cats Dance Team from 2011 to 2012. Brittany auditioned for American Idol’s eleventh season, where she advanced to the Hollywood round only to be knocked out before the contestants started performing in front of a live audience. Although her American Idol hopes didn’t pan out, her connection to the show allowed her to meet her future husband! Watch her audition below.

Nowadays, Brittany Aldean can be found by her husband’s side enjoying their brand new Tennessee estate. The family often joins Jason on the road and their second home is a customized tour bus. Besides keeping up with the kids, Brittany is a talented makeup artist and she also has her own clothing line. Watch the following video and check out the family’s new home!

Modeling Aspirations: In 2010, she entered a Victoria’s Secret Model Search contest and placed in the top 80.