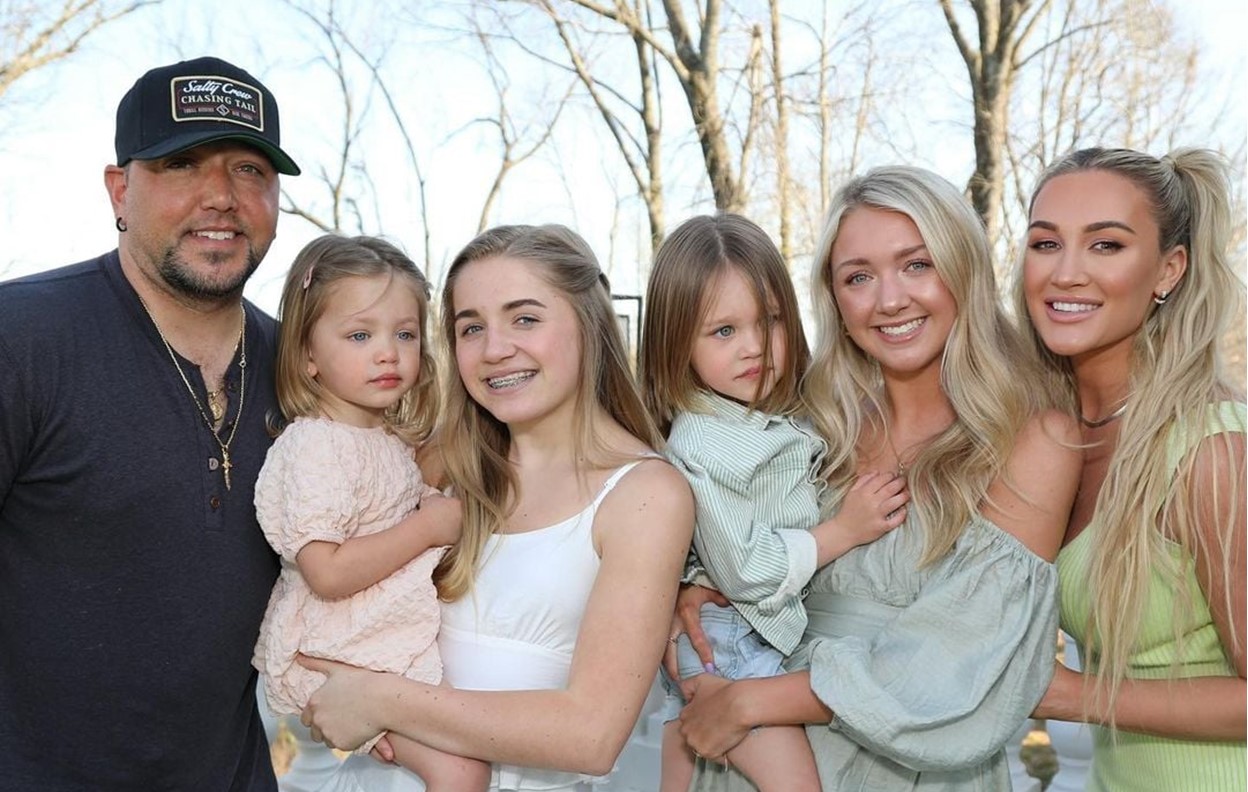 Consider yourself to be a Jason Aldean fan? Well, watch his life story video and test your knowledge and discover these off-the-wall Jason Aldean facts!

Discover more about this country music star via this set of interesting Jason Aldean facts.  Most Jason Aldean fans already know about his use of a stage name, his divorce drama with Jessica Ussery, his second wife Brittany Kerr Aldean, the fact he and Britt now have two kids, Memphis and Navy. The star also has two daughters, Keeley and Kendyl, from his first marriage.

Watch the video below for Jason’s life story and see more lesser-known Jason Aldean facts below!

The Life of Jason Aldean Video

But do you know about how the 44-year-old likes his coffee or where he shops? Check out this list of twelve Jason Aldean facts that most people don’t know below!

1) The weirdest thing Jason Aldean has ever autographed was a fan’s prosthetic leg. (Keith Urban had the same thing happen to him… is this a thing?!)

2) The Georgia native enjoys singing karaoke and his favorite song for the occasion is “Drift Away” by Dobie Gray. He also thinks it’s lame when an artist opts to sing their own songs during a fun-filled karaoke session.

3) Jason is no stranger to online shopping and searches eBay in order to add to his extensive vintage t-shirt collection.

4) Though he never went to college, the star is wild about the University of Georgia and its football team. He even named a pet bulldog “Athens” after the famous college town.

6) The entertainer’s coffee order is super simple— he likes his coffee black with at least four packets of sweetener. That’s one way to start your day…

7) No wonder he’s so lucky— Jason has two lucky numbers, 9 and 3. Both come from his days playing baseball as a youth.

8) His mom Debbie drove him to his first gigs as a budding musician. Yes, at just 14-years-old he was booking gigs at bars before he could even drive!

9) In order to support himself, Jason began working at a Georgia Pepsi plant at 17-years-old and eventually drove the delivery truck around to all the local convenience stores.

10) As a young baseball player, he insisted on playing first base because he noticed players in that position got the most on-camera time in the big leagues.

12) Believe it or not, country artist Jake Owen was offered the chance to record “Big Green Tractor” first but declined the opportunity. As we all know, the song was a huge hit for Aldean and helped launch him into country music superstar status.

Be sure to share these Jason Aldean facts with other fans of the country music star and take a tour of his new Tennessee mansion below!