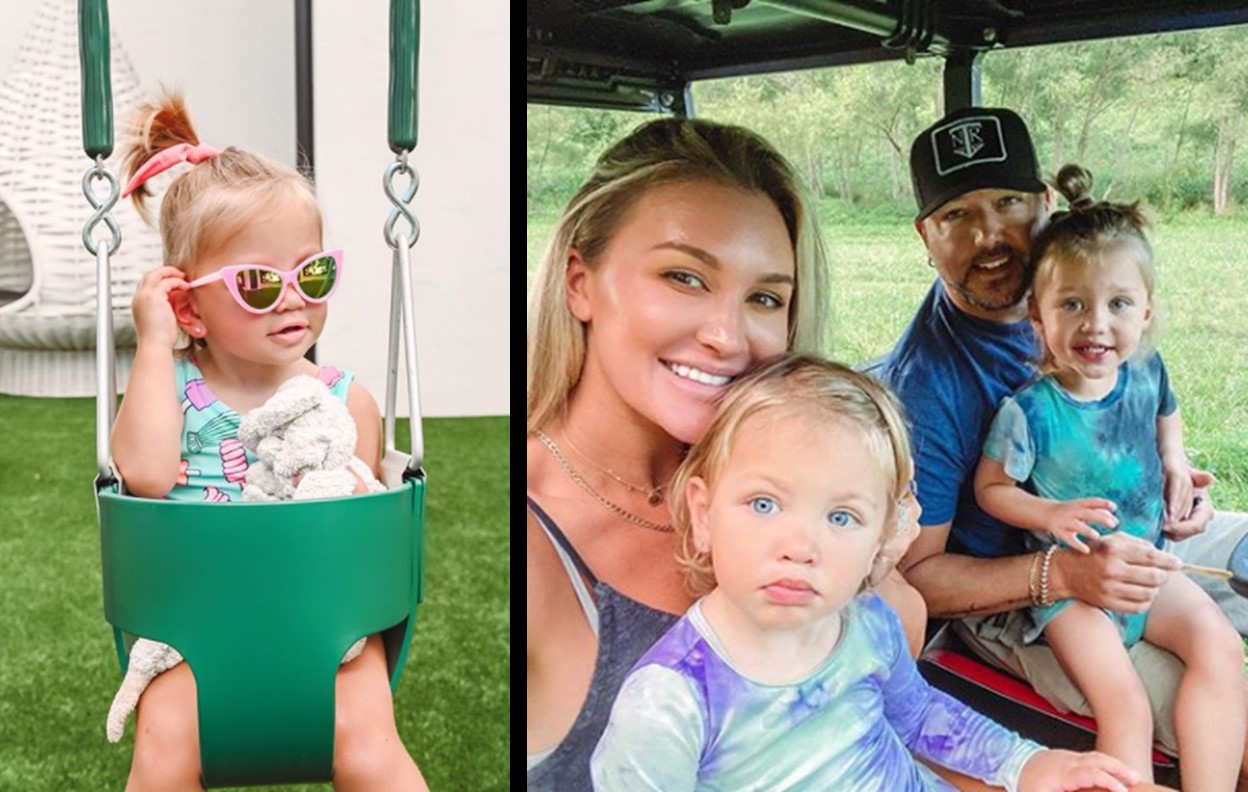 Country music star Jason Aldean and wife Brittany's daughter Navy Rome is a 1-year-old on the go! Check out some of her best moments...

On February 4, 2019, country music superstar Jason Aldean and his wife Brittany welcomed daughter Navy Rome into the world! The little one joined big brother Memphis and older half-sisters Kendyl and Keeley from Jason’s first marriage to Jessica Ussery. For her milestone first birthday party, the family channeled Disney’s Tangled and Brittany even sported some serious Rapunzel hair! Take a look at some of Navy’s best recent moments below!

Share these cute moments with 1-year-old Navy Rome with other country music fans. Also keep an eye out for updates on Jason’s tour schedule. On May 20th, the star announced the postponement of his We Back Tour.

Aldean said, “We’re making the call to postpone my We Back Tour until 2021. The health and safety of my fans, my band and crew and all the local workers in your town who help pull off our shows each night is something we’re not going to gamble on. I can promise you we’ll get you new dates as soon as we can and that me and the boys will be back next year bigger and louder than ever.”

Get to know Jason’s wife Brittany in the video below!