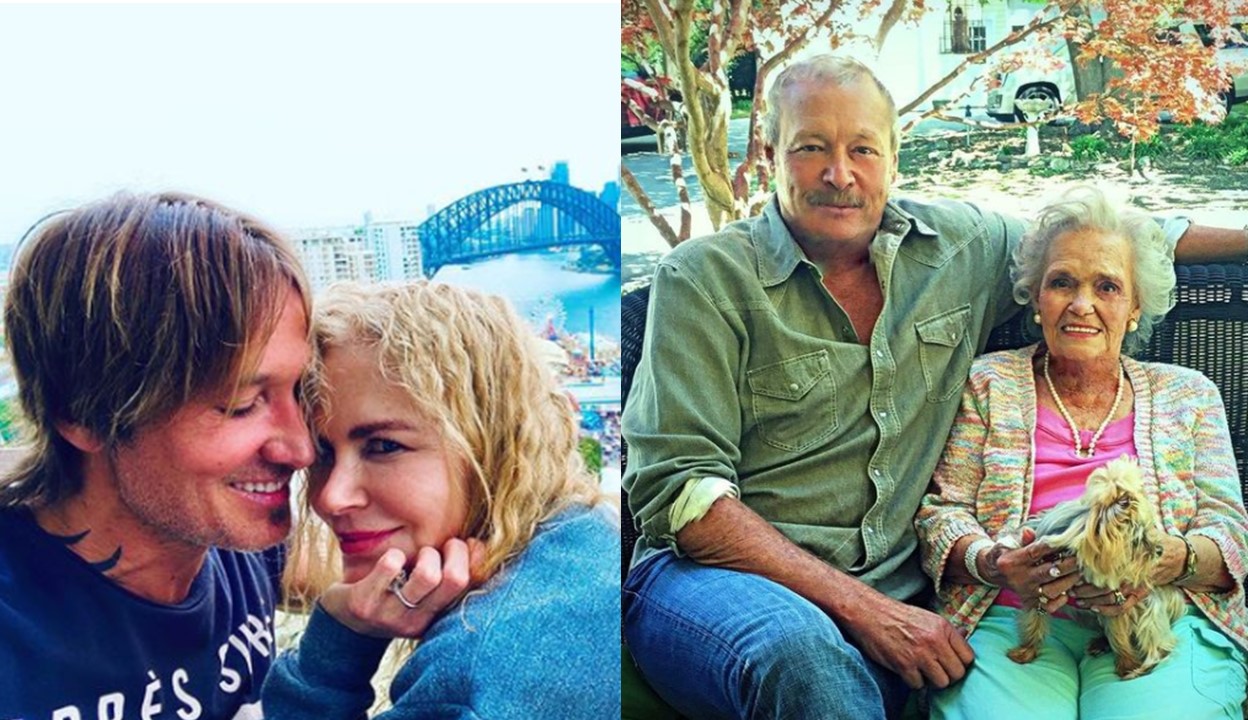 Mother’s Day 2021 is already upon us! Check out what some of your favorite country music stars are thinking about this time of year...

Mother’s Day 2021 lands on Sunday, May 9th! Check out how some of your favorite country artists are celebrating the mothers in their lives this weekend.

Alan Jackson Wrote a song called “Where Her Heart Has Always Been” for his late mother. It is featured on his upcoming album, Where Have You Gone.

“I think one song on there, especially I wrote my mama died three or four years ago, four years ago maybe. I don’t remember now. But I wrote it for her funeral, that’s “Where Her Heart Has Always Been.” And I really love that track. It’s just really – I tried to write it in a way that I know she would appreciate it. And then after we had cut it and we were just about to finalize the record, my sister sent a recording of mama reading from the Bible for a Christmas story or something from a few years ago that I hadn’t heard, or I don’t remember if I had ever heard it. And I thought that would be cool to put that on there. So, we tried to pick a little piece of that that didn’t sound so Christmasy and put on there on the front end and that made it really, really sweet.”

Carrie Underwood on Being a Mom

“It’s kind of crazy to think, sometimes I’ll literally look at my husband and be like, ‘We have two sons. We have two kids. We live on a farm.’ Like it’s just weird to think how life turns out sometimes. Life is very different with two. We kind of got out of that baby stage with Isaiah. He’s much more self-efficient, and he can brush his own teeth and put his own clothes on, and he’s making decisions for himself, and then we start all over with the little squishy one again. It’s just kind of crazy. You forget how hard it is, to be honest, but you just figure your way through it. I am so blessed to have Isaiah who is super helpful and super sweet, and he loves his little brother.”

“We don’t really have like any Mother’s Day traditions. I feel like I remember me and Dad making breakfast for Mom like once as a kid. I’m pretty sure we just made a giant mess in the kitchen and we never did that again, so. Being on the other side of things, I obviously don’t expect anything, but my husband’s really good at getting presents from quote unquote Isaiah. It’s really sweet, because he likes to bring me things. He’s such a sweet little guy, and anytime he’s outside, he’ll pick me flowers and things. So, I’m like, ‘You’re learning. You’ve already got me wrapped around your finger, and then you do stuff like that, and it’s even more so.’”

“My mom was just always great. She worked a lot. She was a nurse and she worked a lot. She took a lot of overtime and stuff to make sure we could live basically, but she always just so supportive, ever since I was a kid. I was always a music kid. Growing up in an African-American neighborhood, I was never that guy who was gonna be pigeonholed to let people say I could only listen to this and I could only do this, because I was African-American. She always supported whatever I wanted to do, whatever I wanted to listen to, wherever I wanted to go, she always had my back. Going to college and everything, she was my biggest supporter and never let my brothers and sisters knock me down or try to tell me I can’t do this or that. All of my success comes because my mother was always in my corner.”

“It’s the toughest job out there being a mom, and I know from my life with my wife Cassidy. We work as a team together when I’m home, and it takes everyone to get the job done, me and her, working together. So, when I go on the road, I just have so much respect for her because it’s hard to do it right, if you want to do it great, and she does a great job with it. It’s really rewarding, but it’s also very challenging. I’m so thankful that she takes it on the way she does, and our kids are very lucky to have her.”

“My mom, even though my dad won’t like this, my mom is by far the toughest person that I’ve met. She’s tough. One of those people that’s been through a lot in her life, adversity wise and never complains, always really resilient with anything that’s happened to her. And it’s just that attitude, the positive attitude, regardless of what has happened that I think is the one thing that I got from her. With career, she’s always been a person that’s been really positive through times that I couldn’t find a positive streak, [laughs] and she was always really positive, and very much believes in tough it out, keep working hard, and that’s her motto with stuff like that. I’ve always been impressed with that stuff. Then musically, she’s where I get my talent from, musically. She sings great, always has, her mom sang great. I owe my musical chops to her. And she still sings some. So, career-wise, I owe her everything. And just in life-wise she’s given me a lot of the qualities that it has taken for me to get me where I am. Not only as a musician, but as a man.”

Keith Urban is Thankful for Nicole

“She’s an extraordinary mum, she really, really is. Those girls are very, very lucky, and I feel very lucky that the children I should have in this world happen to be with Nic. I don’t know anything about raising kids and Nic does, and that comes in extremely, um, it’s really made for an experience I wouldn’t have had without that. Her patience, her recognizing them as people and not just little kids is really extraordinary. Her attention to honoring their feelings and listening to them right from day one – really being attentive to that is not how I was raised at all, so it’s really beautiful to see.”

Have a happy Mother’s Day 2021 no matter how you decide to celebrate the occasion! Share this with other country music fans.