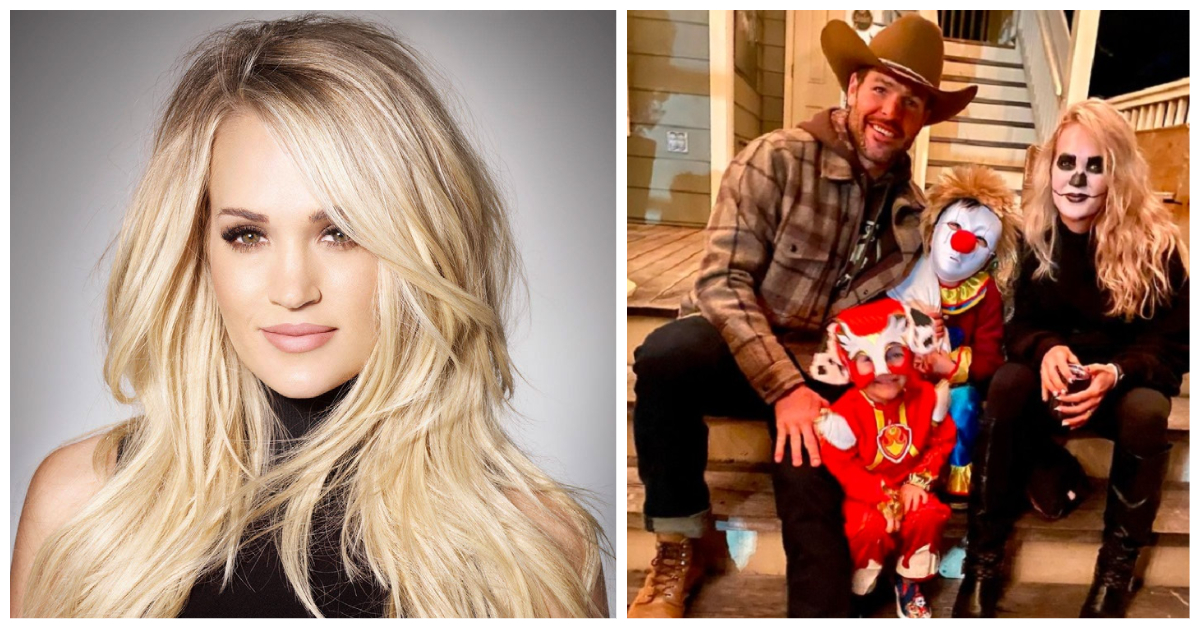 Watch Carrie's life journey video and brush up on your Carrie Underwood facts with these surprising tidbits! Bet you didn't know all of these...

Discover this set of interesting Carrie Underwood facts.  Country music superstar Carrie Underwood, 38, has amassed legions of fans worldwide and has won numerous awards— including seven Grammy Awards, 11 Billboard Music Awards, 13 American Music Awards, 14 ACM Awards, nine CMA Awards, and even a Guinness World Record. The Oklahoma native first snagged our attention on the fourth season of American Idol in 2005, which she won. Underwood has since become one of the most successful artists in the country music genre with crossover success in pop music.

Watch the video of interesting facts and see her life journey video below.

1) Carrie almost had a record deal with Capitol Records at the tender age of 14.

As a young teenager, Underwood traveled to Nashville to audition for Capitol Records. She impressed the label with her vocal talent, but a change in management derailed penning a deal altogether. Probably a blessing considering how hard stardom is on young stars.

3) The “Southbound” singer was an academic standout too.

4) In 2003, Carrie was named runner-up in the Miss Northeastern State University Pageant.

7) Carrie’s first television acting gig was on a 2010 episode of CBS’ “How I Met Your Mother.” Underwood played Ted’s love interest, Tiffany, in a guest role.

In 2011, she made her film debut in the Soul Surfer movie and in 2013 she starred in NBC’s The Sound of Music Live! as Maria.

8) Despite her international fame and a busy schedule, Carrie attended her 10-year Checotah High School reunion in 2011.

Like most people, Underwood returned to her hometown and attended the milestone reunion. We bet she had a lot to talk about with her former classmates!

10)  Her favorite movie genre is horror. She especially loves the classics like Friday the 13th and Texas Chainsaw Massacre.

11) Carrie’s not a big fan of swimming in lakes and oceans where her feet don’t touch the bottom.

She does love being on the water in boats and on beaches— and of course poolside.

12) Prior to her time on American Idol, she had never been on an airplane.

In late 2016, she went skydiving in Australia during her guest stint on Keith Urban’s Ripcord Tour. Guess she’s totally cool with taking to the air!

13) Her first awards show was the 2005 CMA Awards. According to Carrie, she literally uttered the words: “I think I’m going to throw up!”

14) Carrie’s first date at age 16 was memorable, her dad Steve was cleaning his shotguns in the family’s living room while she waited for her date to arrive!

The guy never asked her out again… no word on what her mother Carole thought about Steve’s antics.

Did you know all of these Carrie Underwood facts? Be sure to share these tidbits with other fans of the Oklahoma native!