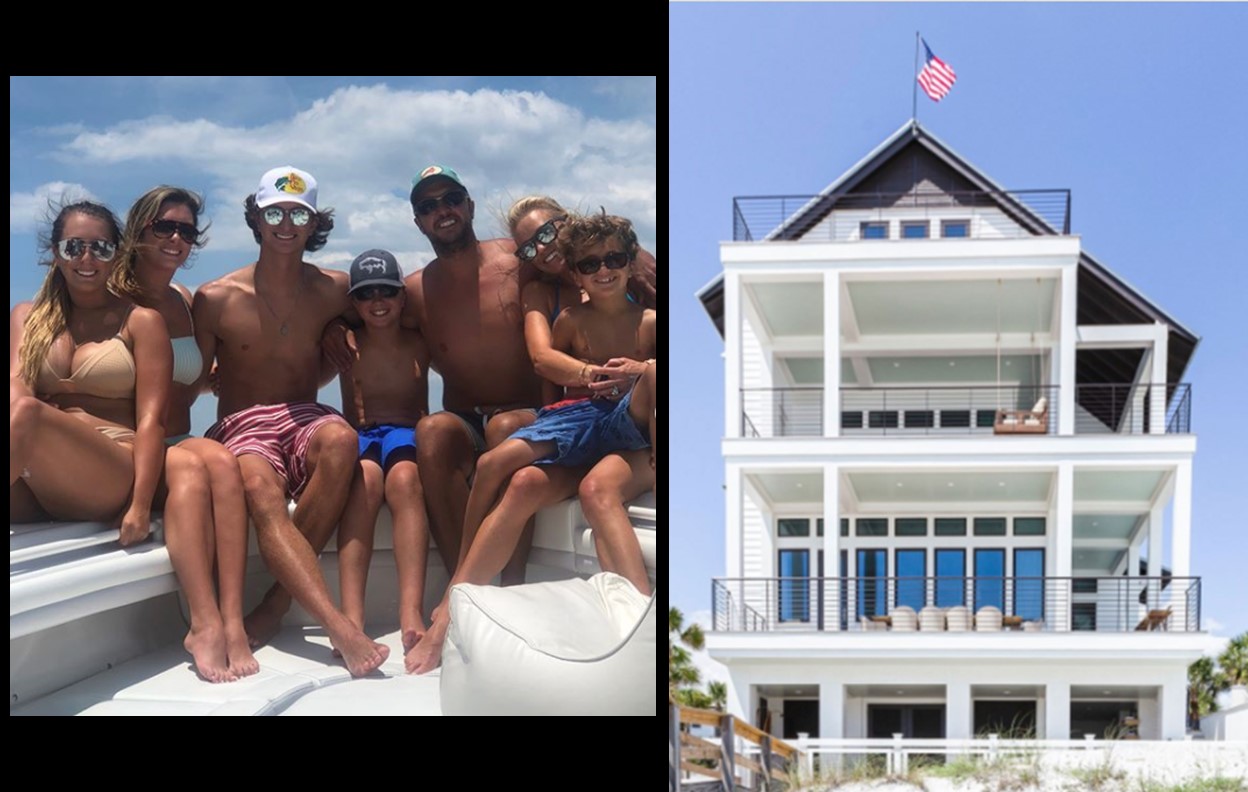 Country music superstar Luke Bryan is a simple man. He likes to fish and be at the beach, nothing complicated about that! In a 2017 Traditional Home Magazine feature, the Bryans allowed a photographer to have a peek inside of their lovely Florida vacation home. Luke Bryan’s beach house also has a very meaningful name…

The house is dubbed “Snowman,” which is in honor of Luke Bryan’s brother Chris who passed away in 1996. Chris was an avid golfer, but not a very good one. He got the nickname of “Snowman” from the golf term by the same name which refers to a golfer taking 8 swings on a single hole (an “8” looks like a snowman).

The beach house is a place that the Bryan family can all be together as a family unit, which is a rare thing.

“This is where Luke and I can actually relax and not run 100 miles per hour,” Caroline said. “Typically, all five kids (sons Bo and Tate, nieces Kris and Jordan, and nephew Til) are here with us. There is nothing better. And Luke can fish all day, which makes him the happiest man on the Gulf.”

The house’s designer wanted the home to reflect and serve the family’s need for peace in a world that is constantly moving. Take a tour below!

“Luke, Caroline, and the boys are constantly on the go,” explained Snowman’s interior designer Chad James. “This is really a space where they can check out and be reclusive. They can just shut off from the outside world for a bit.”

The color-scheme is a delightful blend of neutrals and ocean blue.

“We wanted to tap into the exterior elements,” James commented. “I have a favorite moment—right where the water meets the sky. It’s always such a beautiful dark blue. I used that for an accent color, and everything else pulls from the palette of sand and sea grass—neutral, natural colors.”

Check out more pictures of Luke Bryan’s beach house here and share this closer look with other fans of the Bryan family!