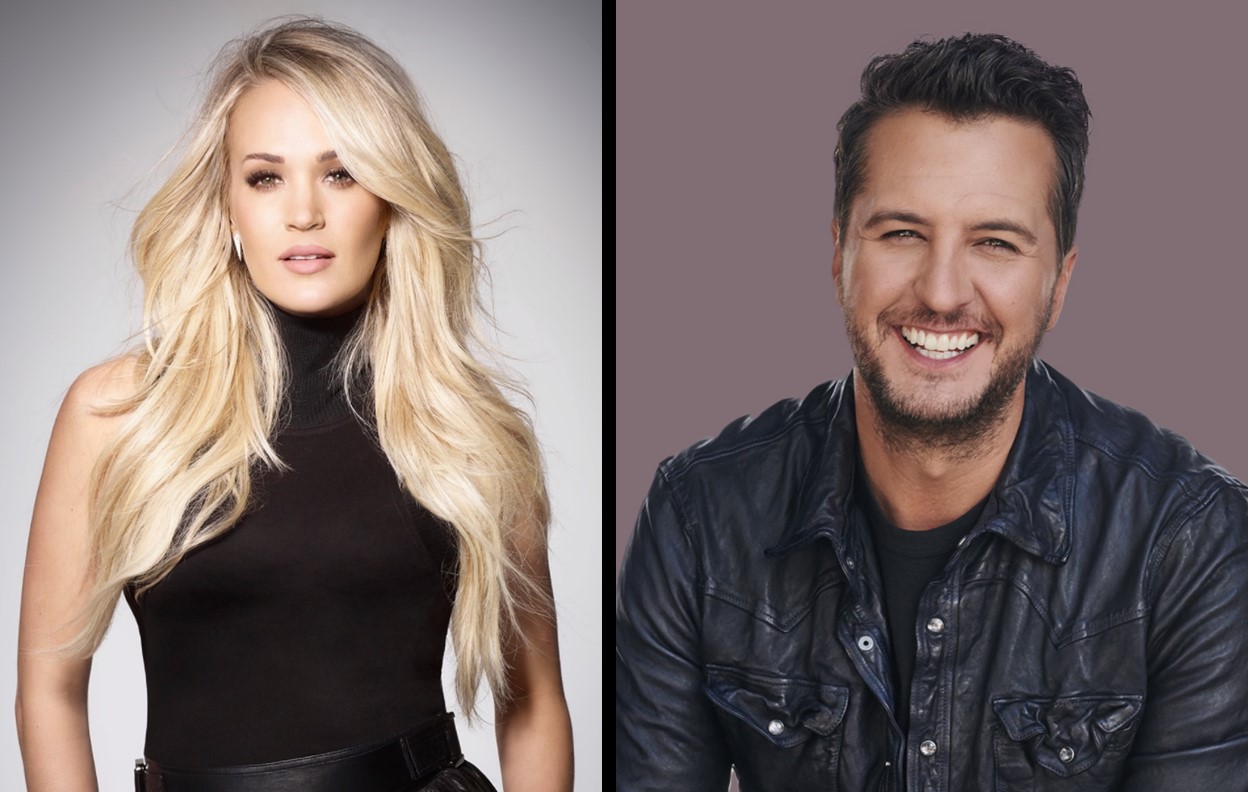 Before they were country music stars they were fraternity men and sorority women! Can you name all ten artists and their affiliations? Find out here!

Going Greek is a big deal for some college students! They get accepted into an organization and spend four years meeting friends and upholding their fraternity or sorority’s values. Several of country music’s most popular artists wore their letters proudly back in the day. Is it possible you’re their fraternity brother or sorority sister? Find out here!

Carrie graduated from Northeastern State University in Oklahoma with a degree in mass communication. Her experience as a Tri Sigma was quite positive as she said in the past, “We always had a float in the parades, and we always went to the football and basketball games together, and that made college more bearable.” As most fans know, Carrie made her claim to fame through the popular television show American Idol. Since then, she has made all of her Sigma sisters proud by being a total girl boss touring the world all while finding time to start a family!

Before he was making top hits and girls from coast to coast swoon, Cole was a proud Sigma Chi at Georgia Southern University! Sigma Chi is a popular combination of Greek letters for celebrities to wear, and he also has a brother from the Eta Zeta chapter that might be familiar to you as well! Keep reading to find out who!

This former Pi Kappa Alpha from Northeast Louisiana University. His past might surprise most because his college days didn’t exactly include working on making top tracks and selling out major venues just yet. Before he got to there the “Humble and Kind” singer was actually studying law and and playing baseball on a scholarship! “I got into school, picked up a guitar, joined a fraternity and started sucking down kegs,” Tim said in a past interview. Thank goodness he stuck with the guitar or some classic country tracks might have never come out!

If you listen closely to his track “Keg in the Closet” you’ll hear Kenny reference his own Greek letters. That’s right, when Kenny sings, “This ol’ guitar taught me how to score / Right there on that Lambda Chi porch” he’s speaking from personal experience! This country superstar used to rep Lambda Chi Alpha’s letters quite frequently back in his college days at Eastern Tennessee State. From the feel good tracks he drops today it can be inferred that he had a pretty good time back in the day!

Dierks has been everywhere! For a year though he called Sigma Alpha Epsilon his home at the University of Vermont. It didn’t take long for his true passions to come shining through and for him to find his way to Nashville. He then attended Vanderbilt University before becoming a permanent resident.

Versatile musician Sheryl represented the women of Kappa Alpha Theta at the University of Missouri. Not only does she have vocals but brains as well having made the Dean’s list every semester until graduation! Sheryl also wore other sets of Greek letters such as Sigma Alpha Iota (a women’s musical fraternity) and Omicron Delta Kappa (one of the University’s secret societies).

It probably won’t shock most fans that this country superstar used to be a fraternity man. After all, he has a song entitled “Sorority Girl.” “My. my, my, little ADPi” was sung for his wife, Caroline, who was an Alpha Delta Pi at Georgia Southern University. The other sororities in the song were the chapters on his college’s campus. This Sigma Chi did his school proud with a fun and iconic Greek Life song!

Yes, this country star is on our list for past Greek life members! Back in the day Willie was a brother in the Tau Kappa Epsilon Fraternity at Baylor University. His time there was short lived, however, because as most know he went on to make some big top tracks!

Zac is a proud member of Kappa Alpha Order at the University of West Georgia’s chapter! This is where he began playing shows and dipping his toes into the wonderful world of country music! His dreaming and hard work paid off and he’s busy make his KA brothers proud on country radio!

Before he married Lauren and had three precious daughters, TR was a brother of Tau Phi. It was at some of their parties that he would perform live. Crazy to think of all the people that got a free show from this best selling artist!

Share this look at country star fraternities and sororities with other country music fans!