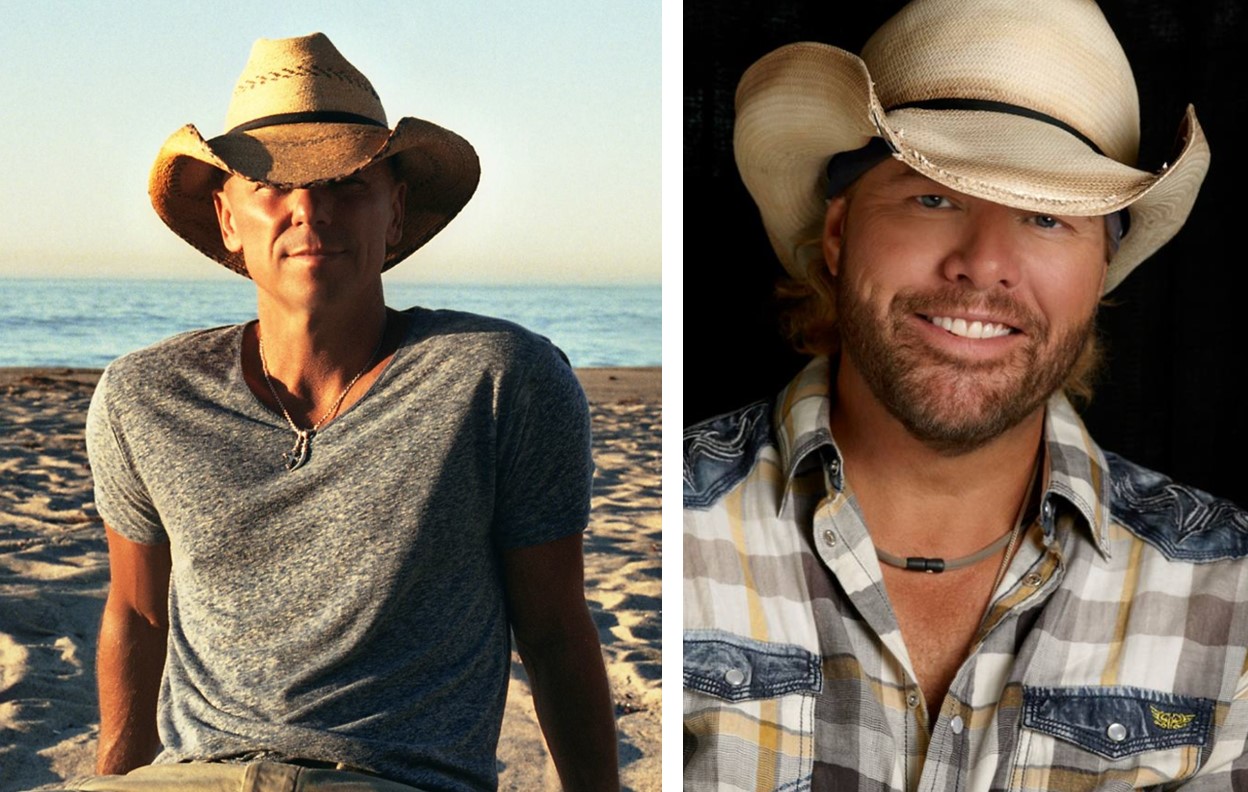 Country music is truly American, but what about adding football into the mix? These country music stars have had enough talent to do both!

These nine country music stars know their way around a football field!

Darius Rucker: As an elementary school kid, Darius Rucker was a fan of the Miami Dolphins. In middle school, he stepped into the quarterback position with confidence. However, he changed his career focus when it came time for high school. He still loves the sport, though! The South Carolina Gamecocks invited him to play in a game as part of the school’s tradition to include a fan in a game. Rucker scored a touchdown, too!

Toby Keith: Toby Keith shows his patriotism for America in on of his biggest hits, “Courtesy of the Red, White and Blue.” To add to it, he also played the good ole American sport of football – he even played for the United States Football League. Keith started off doing both music and football, juggling the two career options. He opted to play semi-pro for a couple years, but then switched to country music full time to express his roots!

Kenny Chesney: Perhaps he is the artist with the most obvious love for the sport of football, blending it fluidly with his music. He sells out football stadiums across the country now! Chesney used to play football in high school and practiced with the New Orleans Saints as a one-day free agent. When his music career took off, he made sure to include the sport in some of his songwriting. “The Boys of Fall” became a No. 1 single, and the singer has also produced a football film for ESPN.

Sam Hunt: The Georgia native played his way through high school, setting records and having goals of playing pro. Hunt was even nominated for a Heisman trophy before he played at college. He first went to Middle Tennessee, but later played at the University of Alabama at Birmingham, both as a quarterback. The college football star then tried out for the Kansas City Chiefs in hopes of jump-starting his career in the NFL. Fortunately for the country music industry, he didn’t make the team and began his music career the next year.

Eric Church: He was also a multi-sport athlete, playing football, golf, basketball and baseball! While playing for his high school, he injured his knee, which took him out of the sport for good. Luckily, he had another hobby and now, we get to enjoy his music! Everything worked out for him; who knows, maybe he never would have sang if he continued playing football…

Willie Nelson: He played football back in the day, and he was so good, he probably could have gone pro! However, he missed a very important tryout. Why? Because he was up all night playing music. Nelson sacrificed his talent for the sport, but replaced it with his talent for music. He made a good choice, though, because now he is one of country music’s legendary artists.

Tim McGraw: Son of former MLB player Tug McGraw, Tim McGraw tried his hand at baseball and football before his music career took off. He’s still a fan of the sport, though he doesn’t play anymore, and it shows in his career choices. McGraw landed his first major acting role in Friday Night Lights and also appeared alongside Sandra Bullock in The Blindside.

Cole Swindell: While he played football in high school, he also played an array of other sports including golf, track, basketball and baseball. He didn’t play in college, but he attended Georgia Southern University, where he met Luke Bryan. After graduating, he tried his hand at music. It worked out well!

Trace Adkins: With his height above 6 feet and his muscular build, it seems that Trace Adkins was born to play football. After playing throughout high school, he continued his football career at Louisiana Tech as a walk-on offensive lineman. While he was there, he studied music. Adkins ended up injuring his knee, so he chose another career path, and we are very thankful!