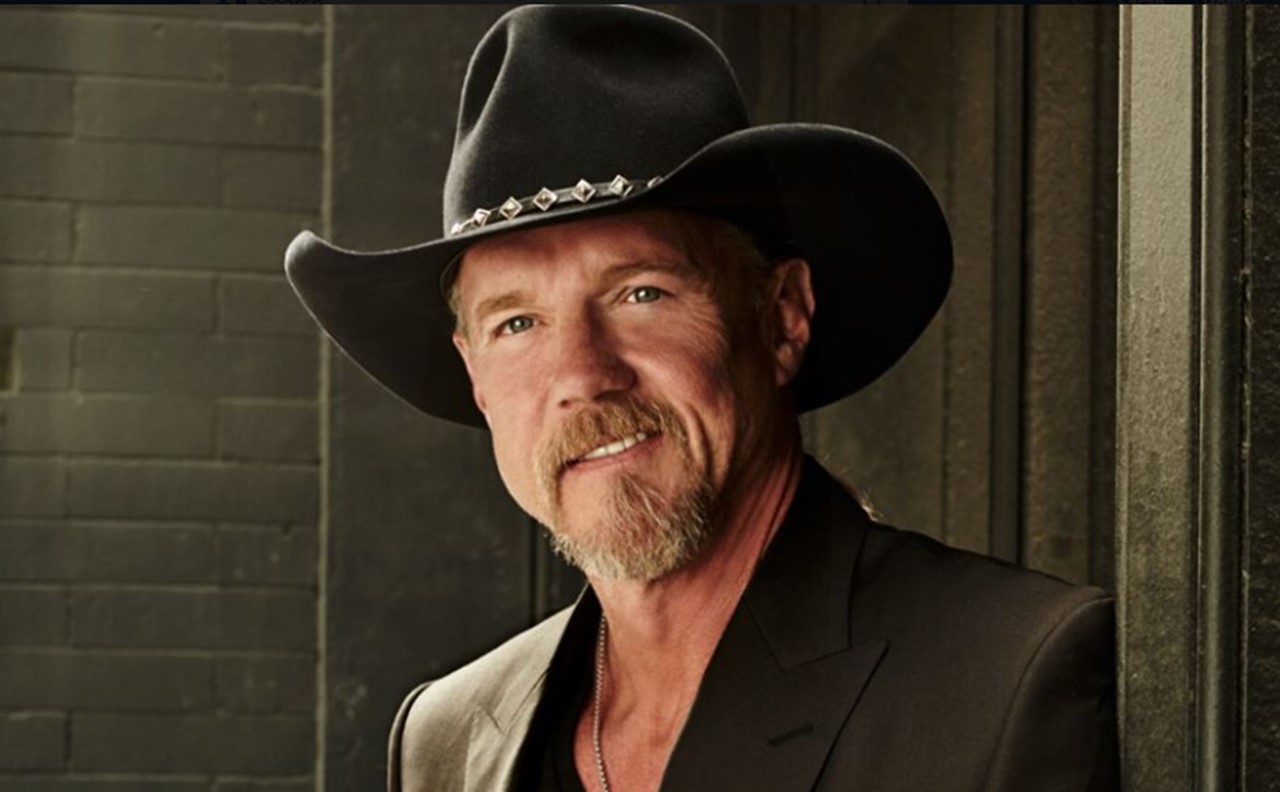 This country music star's life over the past 58 years has been anything but boring! Check out these ten Trace Adkins facts!

How well do you know this country music artist? Check out this collection of ten Trace Adkins facts— maybe you will learn something new about this newlywed!

1) How tall is Trace Adkins?

He stands at 6’6″, in other words… Trace is well above average height!

2) How many albums has Adkins sold?

An impressive 11 million so far!

3) What other type of music did Trace sing as a young man?

When the country star was in high school he was a part of a gospel singing group, the New Commitment Quartet. He told Taste Of Country, “I think having sung gospel music was the most valuable thing I ever learned about music.” (Enjoy this high school basketball picture of the singer from way back when!)

5) How many acting jobs has Trace had?

The singer-songwriter is no stranger to taking on acting roles! Check out his film roles below!

6) What is his guilty pleasure?

Tractors. The “Ladies Love Country Boys” singer admits to tractors taking the role of his guilty pleasure. “I’ve got three tractors and I can’t justify having three. I guess that’s a guilty pleasure,” Trace told Taste of Country.

7) What is the worst thing that’s ever happened to Trace?

In 1994, Trace was shot in the chest by his second wife, Julie Curtis. The pair got into an argument over his drinking habits and his wife grabbed the family’s handgun and as he told People in a June 23, 1997 interview, “Being a macho guy like I am, I tried to scare it out of her hand,” he explained. “I said, ‘Give me the gun, or I’m gonna take it away from you and beat your damn brains out with it.’ I would never have done that, but I told her in hopes that it would scare her.” Instead the gun went off. “[The bullet] went through both my lungs and both ventricles of my heart,” stated Adkins. Surprisingly enough, the singer didn’t press charges against Curtis and Trace lived to tell about it.  The couple divorced after three years of marriage.

8) How many kids does Trace have?

9) Has the singer ever written a book?

Yes! Adkins has published two books; Then They Do (2003) and A Personal Stand: Observations and Opinions from a Freethinking Roughneck (2007).

10) What appendage did the country singer lose?

His pinky finger! While cutting a bucket with a knife, he accidentally chopped off his pinky finger on his left hand. Trace had the doctors sew it back on so he could continue to play guitar.

Be sure to share these Trace Adkins facts with other fans!