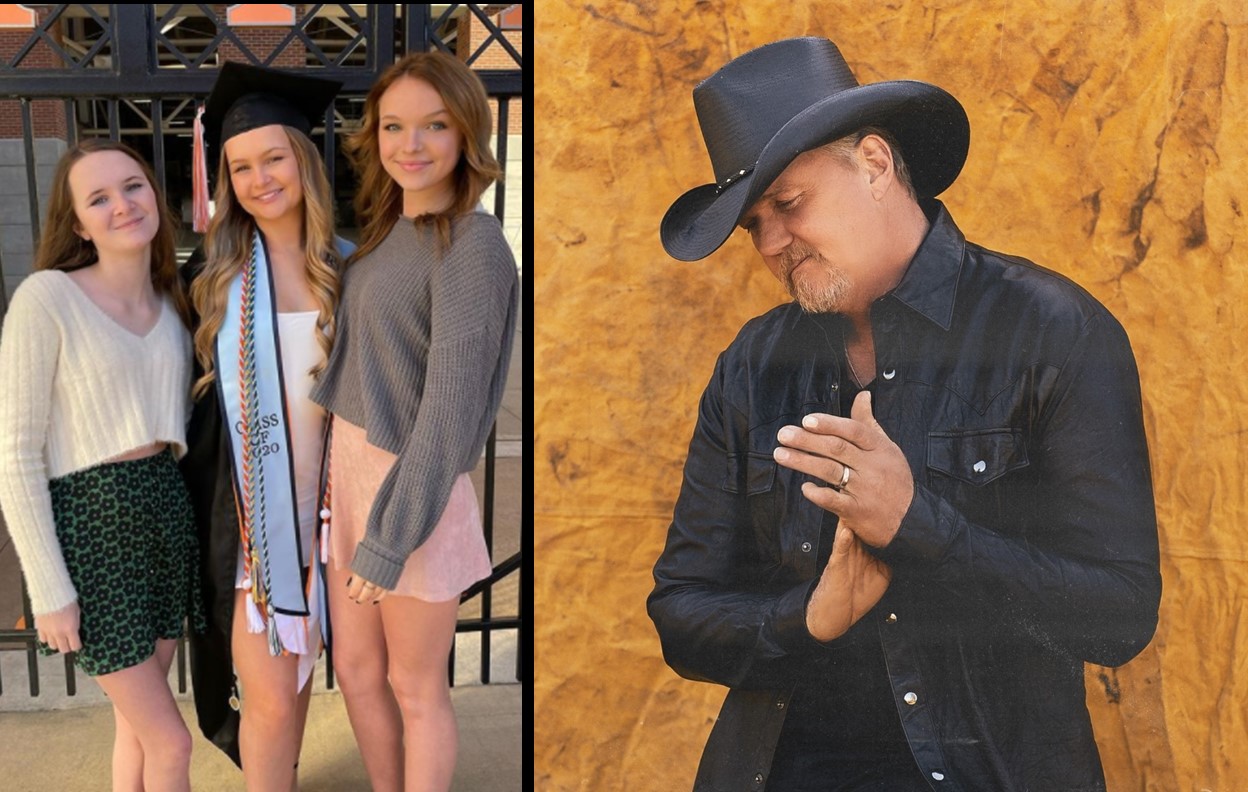 Did you know that the country music star has five daughters and grandchildren as well? Learn more about Trace Adkins' daughters here!

Raising children is challenging enough, but being a father to five daughters takes a special kind of man. Country music star Trace Adkins is that man. Find out how this exceptionally manly man keeps his grit with a house full of ladies and learn more about Trace Adkins’ daughters below!

Trace Adkins would be the first to admit, he’s not an expert when it comes to raising daughters. Trace’s two oldest daughters, Tarah and Sarah, are now in their mid-30’s. Trace was married to their mother, Barbara Lewis, years before his country music career took off. In an interview with People, Trace recalls, “When Tarah and Sarah were little, they’d catch me asleep and paint my toenails.” It’s difficult imagining the 6’6” burly man with pink toenails. And this was only the beginning. Trace and his third wife, Rhonda Forlaw Adkins, have three daughters of their own, Mackenzie (23), Brianna (20), and Trinity (17). The pair divorced in 2015.

Having daughters didn’t keep Trace from indulging his girls with practical provisions such as BB guns and toolboxes. He never wants them to have to depend on a man to take care of them. Trace and Rhonda’s three youngest daughters demonstrated their quick thinking when they experienced a house fire in 2011. The fire started in the garage and quickly spread through their house. The girls remembered what they had been taught in school and were able to save themselves, their nanny, and their dogs. In an interview with CNN, Rhonda expressed the importance of fire safety. “They ran to their safe place like we had practiced. And it worked.” What a blessing their girls didn’t panic and did what they had practiced.

During an interview with Pressreader, Trace states, “My girls [Tarah and Sarah] have given me grandchildren, and just experiencing that is something I look forward to.” Trace has been blessed with 4 grandchildren, including grandsons. Being a grandparent has its perks. Trace shared with Taste of County, he likes what all grandparents like about the job, “being able to enjoy the kids and then give them back”.

Clearly Trace is proud of his brood. He knows his country music and has learned some difficult life lessons, but he’s still mystified by women. He hilariously quipped to People back in 2013, “Having so many daughters, I don’t think I have any pearls of wisdom about women – it just means I’m many more times confused.”

In October 2019, the girls gained a new stepmother— actress Victoria Pratt. Share this look at Trace Adkins’ daughters with other country music fans!