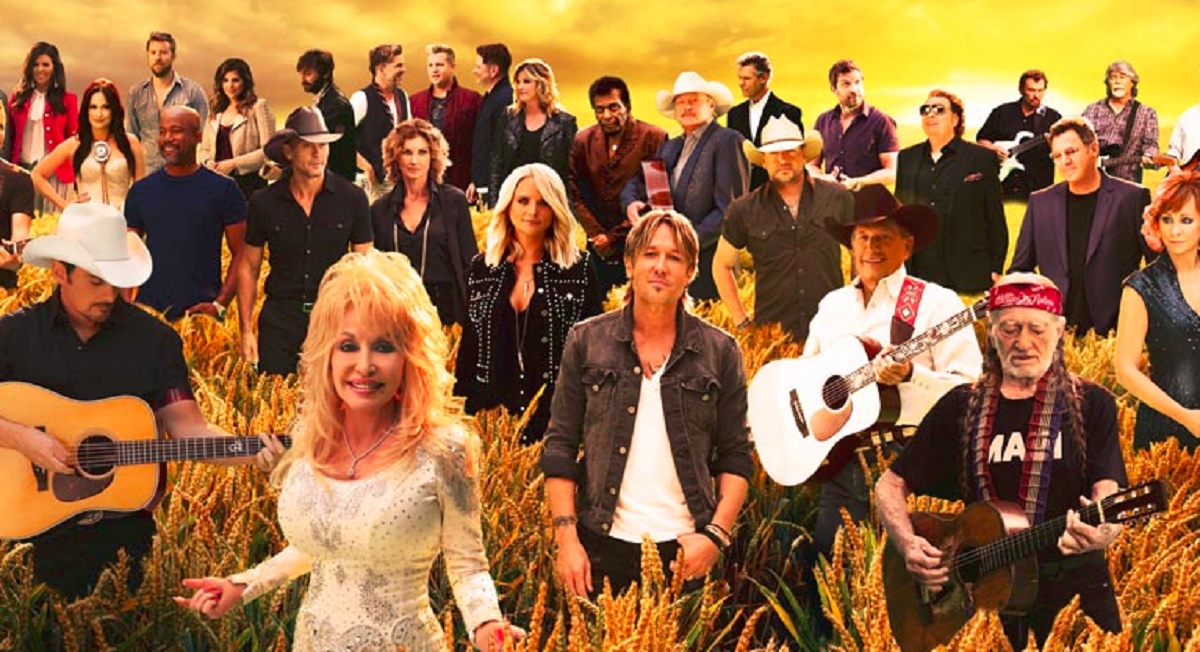 These artists prove that country music doesn't just come from the South. We've compiled a list of top country artists and the state they are from!

When you think of country music, you probably think of the South. However, country singers have come from all over the United States, even Canada (Shania Twain) and Australia (Keith Urban). We’ve put together a list of some top country artists and their home states.

Though he passed away at the young age of 29, Hank Williams is known as one of the most influential songwriters in country music history. He was inducted into the Country Music Hall of Fame after his death.

Dierks Bentley was born in Phoenix, Arizona. Picking up his love of music from his father, he learned to play guitar at a very young age. He was a bit discouraged by the Nashville scene, so he turned to bluegrass to define his musical style. At the age of 29, he became a member of the Grand Ole Opry.

Johnny Cash is legendary in the country music world after winning many CMAs and Grammys throughout his career that lasted almost 50 years! He is known as “The Man in Black,” and has been inducted into five different musical halls of fame, including the Country Music Hall of Fame, the Rock and Roll Hall of Fame and the Rockabilly Hall of Fame.

One of Merle Haggard‘s most popular hits was “Okie From Muskogee,” but he was actually born in Oildale, California! He is a renowned country music singer, and has been inducted into the Nashville Songwriters Hall of Fame, the Country Music Hall of Fame, and the Oklahoma Music Hall of Fame.

From Vero Beach, Florida, Jake Owen wasn’t always set on becoming a country singer. In fact, he thought he would become a professional golfer. He earned a golfing scholarship to Florida State University, but he injured his shoulder and turned to music. We’re happy about that!

Aldean was born in Macon, Georgia and is a HUGE Georgia Bulldogs football fan. He got his musical start performing at the town’s VFW hall as a youth. At just 15-years-old, he joined the “house band” at the Georgia nightspot Nashville S.

Brett Eldredge comes from Paris, Illinois. From his debut album, Bring You Back, he earned three No. 1 singles on the Billboard Country Airplay chart including “Don’t Ya,” “Beat of the Music” and “Mean to Me.”

Karen Fairchild of Little Big Town comes from Gary, Indiana. The band has had a lot of success so far, winning two Grammys and multiple ACM and CMA awards.

Martina McBride has an impressive soprano voice, earning her the nickname “The Celine Dion of Country Music.” It all started in Kansas, and now she has multiple CMA and ACM awards under her belt.

Born in Van Lear, Kentucky, Loretta Lynn is the queen of country music. With songs like “The Pill” and her famous duet with Conway Twitty, “You’re the Reason Our Kids Are Ugly,” Lynn has had quite a successful career.

Country music superstar Tim McGraw was born in Start, Louisiana. He originally thought he would grow up to be a baseball player and even went to college on a baseball scholarship. Instead, he found his fame in country music and is now one of the most successful musicians in the country genre.

From Deale, Maryland, T.J. and John Osborne are so popular in their home state that they’ve been made in the form of a corn maze (during growing season at least). “Stay a Little Longer” peaked at No. 1 on the country charts in 2016.

Jo Dee Messina is the most country thing to come from Massachusetts. Her career took off in the 90s with three No. 1 singles from the same album!

Jana Kramer was born in Rochester Hills, Michigan. She’s best known for her hit singles “Why You Wanna” and “Whiskey” with an ACM award for Top New Female Artist.

Born in Jackson, Mississippi, Faith Hill started singing in her church. Since then, she has had quite a successful career and married fellow superstar Tim McGraw. She has won Grammy awards for Best Country Album and Best Country Female Vocal Performance.

Sara Evans grew up on a farm in New Franklin, Missouri and is the oldest of seven children. She started playing in the family band at the age of 5. After she broke both legs in a car accident, she sang traditional country songs to help pay her medical expenses which then led her to her successful music career.

Born in Long Brand, New Jersey, Clint Black is quite the country hitmaker. He is a member of the Grand Ole Opry and has a star on the Hollywood Walk of Fame.

Charlie Daniels is best known for his 1979 hit “Devil Went Down to Georgia.” He is a member of the Grand Ole Opry and is a Country Music Hall of Fame inductee.

Garth Brooks started his career in Oklahoma, and his popularity there earned him his big break. He often played at Wild Willie’s Saloon in Stillwater.

Although Taylor Swift‘s music has shifted more towards pop now, she still has her country roots. With her first hit single, “Tim McGraw,” Swift was compared to LeAnn Rimes.

Growing up in Charleston, South Carolina, Darius Rucker came from a musically talented family. Though he started his music career with rock, he switched to country where he is now one of the top country artists. His cover of Old Crow Medicine Show’s “Wagon Wheel” earned him best country solo performance in 2013.

Country music finds its home in Tennessee, so there’s many stars from this state. Dolly Parton is a country music legend, and she grew up in Tennessee, which influenced her immense talent and the popularity she has today.

All of George Strait‘s exes may live in Texas, but that doesn’t stop him from producing more No. 1 hits on the Hot Country Songs chart than anyone else! Born in Poteet, Strait had top 10 hits on the chart each year from 1981 through 2013. Impressive! Check out his live performance with Chris Stapleton below!

From Abbott, Texas, Willie Nelson has had quite a long and successful music career. Though his gritty sound did not fit in with the traditional Nashville sound, Nelson made his way from songwriter to superstar in the country music industry with his uniqueness.

Brad Paisley has a successful career with three Grammys, 14 CMA Awards and 14 ACM Awards. He became a member of the Grand Ole Opry at age 28, which was the youngest person ever inducted until Carrie Underwood joined at age 25. Check out their duet, “Remind Me,” below!