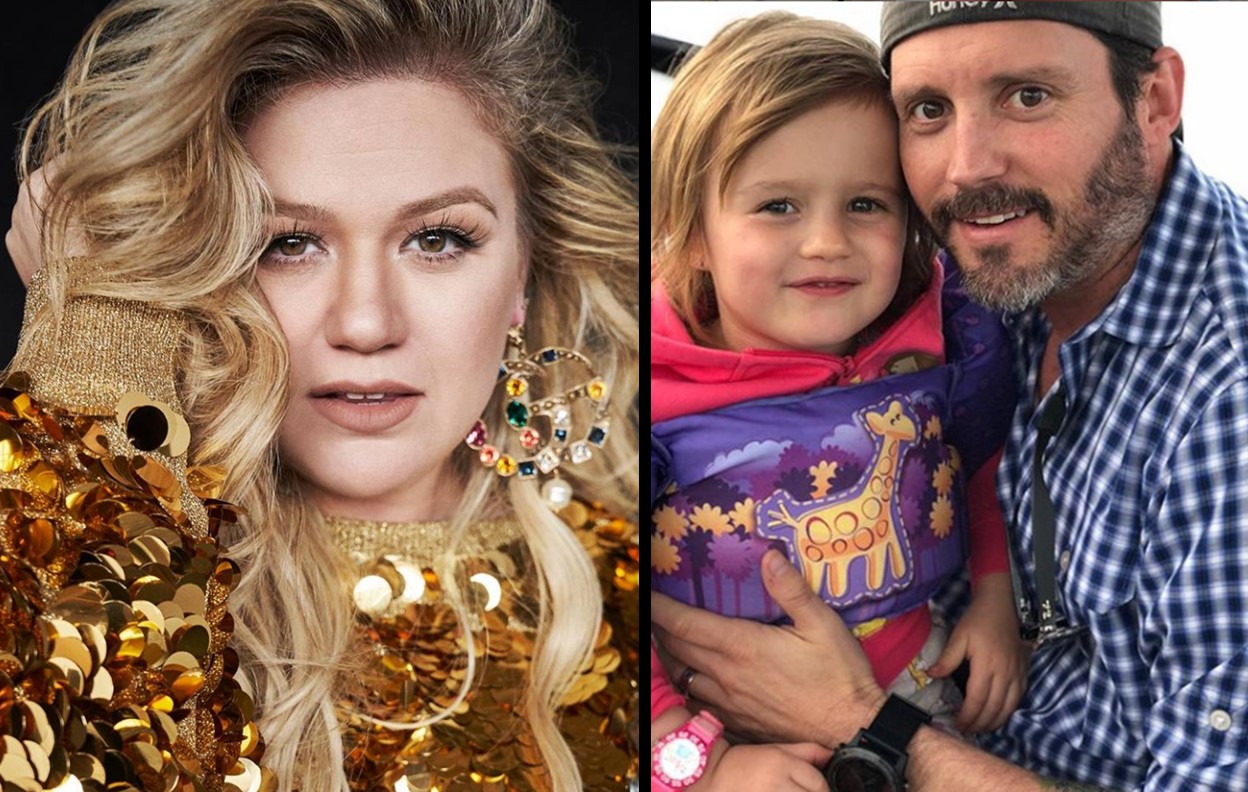 Like his father Narvel Blackstock, who was married to country music superstar Reba McEntire from 1989 to 2015, Kelly Clarkson‘s husband Brandon Blackstock also works as a talent manager. Upon meeting Brandon for the first time in 2006, the frequent country music collaborator instantly knew her future husband was something very special.

“We met years ago when I was working with Rascal Flatts, and he used to tour manage with him. I didn’t really know he was [my manager’s] son and it was kind of weird. I was like ‘dude, I gotta know that guy.’ We were just in a room together, and then he came up and said he was from the same hometown as me and I was like, ‘oh we’re so getting married,’ I was so that girl. When he became single, I was on the prowl,” she admitted in a past interview with Ryan Seacrest on his KIIS FM radio show.

After dating for a year, Brandon popped the question to Kelly in December 2012 and she made the big life announcement via her WhoSay account, “I’M ENGAGED!!!!! I wanted y’all to know!! Happiest night of my life last night! I am so lucky and am with the greatest man ever :)”

The pair got hitched on October 20, 2013 at Blackberry Farms in Walland, Tennessee, which is nestled in the Great Smoky Mountains. Brandon’s children, Savannah and Seth, from his previous marriage to Melissa Ashworth were also involved in the scenic and very intimate ceremony.

I'm officially Mrs. Blackstock :) We got married yesterday at Blackberry Farms in TN, the most beautiful place ever!

Just months before getting married, Kelly made the following confession to US Weekly, “I want two kids. Two more, that is. I’ve already got two!”

Well, her wish came true! On June 12, 2014 Kelly and Brandon welcomed daughter River Rose into the world and son Remington Alexander followed not long after on April 12, 2016. Kelly, whose own father was absent during her life, loves how Brandon parents his children.

“Watching my husband love on his daughter all the time, you know, go to her events and just be there and, like, be present is, like, hard to watch but beautiful to watch,” Clarkson admitted Ryan Seacrest during a 2016 radio interview. “I know that my kids are going to have that.”

Share this closer look at Kelly Clarkson’s husband with other fans and check out some snapshots of the family below!

Kelly with River and Remington

The Whole Clarkson-Blackstock Family at the UglyDolls Movie Premiere

Kelly and Brandon Relaxing with River Rose as the Photographer

Indy Feek Driving the Lawn Mower is the Cutest! [Video]

Indy Feek driving a zero turn lawn mower will be the cutest video that you see all day!“…letting Indiana take a turn driving our zero-turn mower in the back field at the farmhouse last week. She drove awhile (mostly...
Country Fancast 4 hrs ago

Country music icon Dolly Parton started a meme that has taken over social media! LinkedIn / Facebook / Instagram / Tinder are all represented with photos selected to represent how one would represent themselves on each...
Country Fancast 5 hrs ago

At the beginning of January, country music star Kane Brown performed “Like a Rodeo” at a sold-out STAPLES Center in Los Angeles. Watch the live performance below!Kane’s performance quality was spot on. Viewers can...
Country Fancast 10 hrs ago

Country music star Kelsea Ballerini has been busy at work and now fans can enjoy the fruits of her labor, her newest “la” music video. The song captures the story of mixed feelings about life in the big city and...
Country Fancast 10 hrs ago

Country music star Luke Combs‘ Saturday Night Live debut will take place on Saturday, February 1st, with football star J.J. Watt as the host!The appearance is just the latest achievement in what continues to be a...
Country Fancast 10 hrs ago

After sharing their plan to take country music back to its ’90s glory days, the Hot Country Knights have debuted the first official music video for the debut single, “Pick Her Up” featuring Travis Tritt! Directed...
Country Fancast 01-27-20

Country music star Kacey Musgraves‘ “Follow Your Arrow” is featured on her major label 2013 debut album, Same Trailer Different Park. The tune was released on as the album’s third single and was written by...
CountryFancast: Top Video 01-27-20

Heartache has always been a driving theme in country music, but Midland offers their take on the classic sentiment with “Cheatin’ Songs.” The trio’s Jess Carson, Cameron Duddy, and Mark Wystrach wrote the track...
Country Fancast 01-27-20