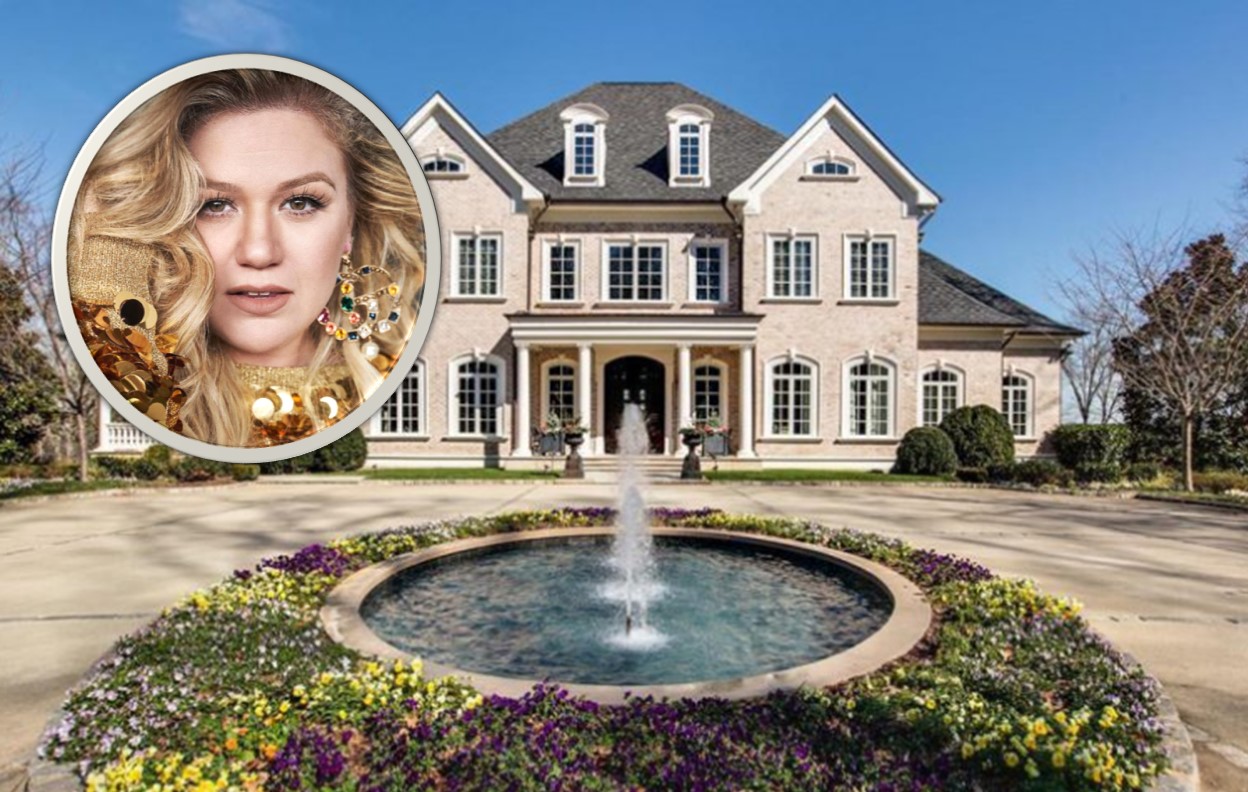 Powerhouse vocalist Kelly Clarkson and soon-to-be ex-husband Brandon Blackstock have finally unloaded their Hendersonville, Tennessee spread for a reduced price of $6.95 million after first listing it for $8.75 million in March 2017. That’s four years on the market! According to The New York Post, it went under contract on April 19th.

The private waterfront estate sits on over four acres and the 20,121-square-foot mansion features seven bedrooms, eight full baths, and three half-baths. According to Trulia, Kelly Clarkson’s Tennessee mansion, built in 2007, overlooks the Cumberland River and features a custom cowboy bar complete with saddle barstools, screening room, saltwater pool, private dock, sand volleyball court, and spas. Clarkson originally purchased the property for $2.8 million in 2013, so that’s quite a markup even at a lower asking price.

As Kelly goes through the divorce process, she did reveal on her The Kelly Clarkson Show that she has bought another home. She also shared that she is busy redecorating the place, but did not disclose its location. The star has primary physical custody of their two young children, River Rose and Remington Alexander.

Now That’s A Kitchen For Entertaining  The Cozy Family Room  A Bedroom Fit for Royalty  The Bathroom Is Perfect For A Relaxing Escape  Giddy Up To The Local Watering Hole (Yes, that’s an infamous ‘leg lamp’ from A Christmas Story in the background.)  Wanna Take A Dip?
We Could Get Used To This View

Be sure to share this fun peek at Kelly’s Tennessee mansion with other fans! We are sure the new buyers will enjoy their new home!