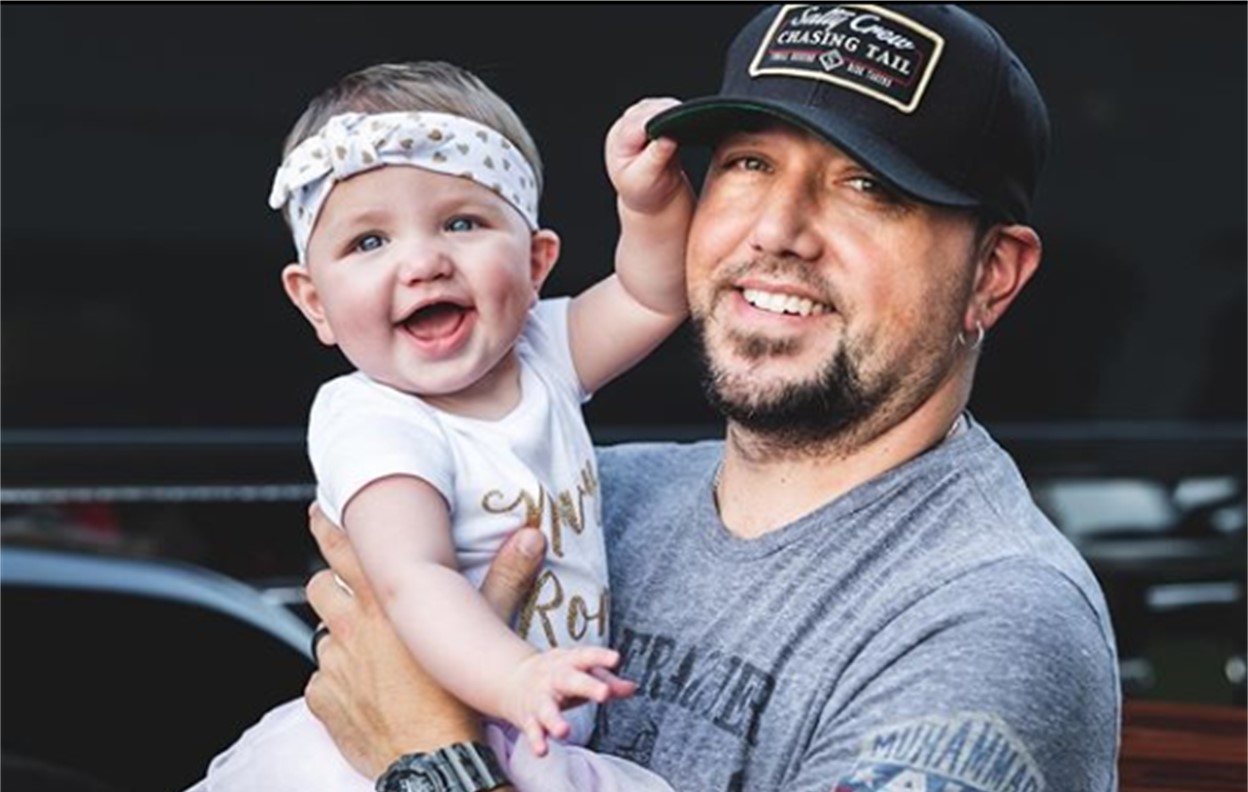 Country music superstar Jason Aldean‘s parenting advice is refreshingly straightforward. Although he’s referring to fellow artists who are expecting or already have young children, his wisdom can really be applied to any parent.

A baby really does change everything, even your outlook on your career. “You kind of start working for different reasons at that point. Now, all of a sudden, you’ve got these people to take care of, and you’re doing this to take care of them,” the star explained.

The Georgia native has also learned the art of saying “no” in order to protect his time. “I think it’s okay to say ‘no’ to things. It took me a while to figure that out, but sometimes you have to do that,” he confessed.

Although Jason and his wife Brittany are very active on social media, it’s not always easy figuring out how to share parts of their personal lives with all the negativity out there.

“Just simply for the fact that I know how hateful people can be on there,” he admitted. “With the younger ones, they’re not old enough to read stuff that gets said … Even with my older two, I make sure they’re private, and I don’t tag them in pictures and stuff. I’ll post pictures of them, but may not tag who they are, just because they’re old enough to read that stuff.”

So Thankful today for the these babies and the life I have been given. Happy Thanksgiving to everybody from the Aldean Family. 🦃

As most parents can confirm, trying to keep everything going is difficult and Jason Aldean’s parenting advice really does ring true. Share his words with other fans!

Additional 2020 Grammy Awards performers from the country music genre have been announced! As previously announced, Blake Shelton and Gwen Stefani are set to perform together while Tanya Tucker and Brandi Carlile are...
CountryFancast: Grammy Awards 1 hrs ago

Before we dive into the most intriguing Dolly Parton facts, let’s get some background first. The beloved 74-year-old country music superstar is a not only a singer-songwriter— she’s also an actress, author,...
CountryFancast: Trivia 2 hrs ago

The American Idol season two fan favorite is now the proud father of five children! Josh Gracin‘s baby boy came into the world on January 13th.Josh and his wife Katie are both bursting with joy over their sweet Luka!...
CountryFancast: Country Family 2 hrs ago

The Vince Gill Go Rest High on that Mountain song was originally released in 1994 as a track on his “When Love Finds You” album.  Vince has recently added a final verse to the song and you may compare both versions...
Country Fancast 14 hrs ago

The Ross Ellis Buy and Buy song was released in 2019.  Ellis was born and raised in the small town of Monterey, Louisiana and started the band “Wayside” at just fifteen years old. Ross graduated from the University...
Country Fancast 18 hrs ago

Luke Bryan’s Florida Beach House is the perfect destination for the family to chill out and relax.  The entire family clearly knows how to enjoy the pool and beach destination via the pictures below.Luke Bryan Homes:...
Country Fancast 19 hrs ago

Country music singer-songwriter Ashley McBryde is set to release her sophomore album Never Will on April 3rd! This record is the follow-up to her critically-acclaimed debut Girl Going Nowhere.“The significance behind...
Country Fancast 01-18-20