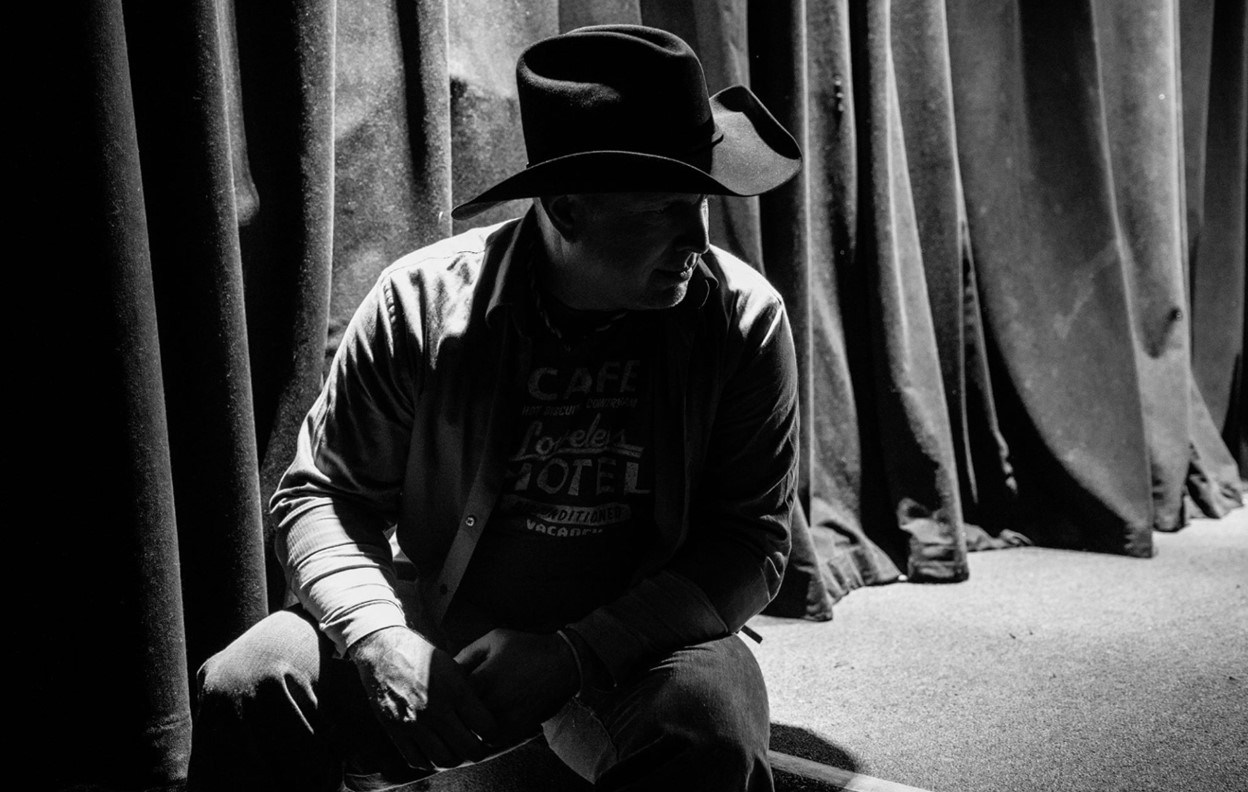 Over nineteen years ago, country music superstar Garth Brooks' retirement plans were announced. Learn more about why he stepped away...

On October 26, 2000, country music star Garth Brooks‘ retirement announcement shocked the music world. The Oklahoman shared that he wanted to focus on spending more time with his three young daughters, Taylor, August, and Allie. At the time, Brooks was married to his first wife, Sandy Mahl. When the star dropped this bombshell, it was on the same day his label, Capitol, threw him a massive party to celebrate his achievement of selling 100 million albums in the United States. Just a few weeks after making his plans known, Garth and Sandy decided to officially separate and end their marriage.

“I was getting divorced,” Brooks recently recalled during an interview with The Tennessean. “Sandy is kind of doing my job and her job with the girls. If Sandy is doing her job, she’s telling them, ‘Hey, your dad loves you to death. He’s just working, and he’ll be home soon.’ Well, I didn’t have anybody to do that anymore.”

The former couple worked hard to co-parent and planned out their schedules to ensure the girls saw each parent every day. The youngsters would go to one parent’s house each evening, and the other parent would pick them up for school the next morning, and then trade the following day.

In 2005, Garth married fellow country music star Trisha Yearwood. Though he stepped back from the limelight for the sake of his family, artist didn’t completely disappear. The played a nearly four-year residency at Wynn Las Vegas starting in 2009. He also played a handful of shows to benefit charitable causes.

With his youngest daughter, Allie, graduating from high school in 2014 and heading off to college in Nashville, Garth found himself in an empty nest situation.

“I worship my girls,” he confessed. “I just didn’t know what I was gonna do with myself. The love of my life figured out it was hurting me. She said, ‘Did you ever think about touring again?'”

That’s right, Trisha nudged him to make his big return to the spotlight and the rest is country music history!

Be sure to share this look back at Garth Brooks’ retirement with other fans!