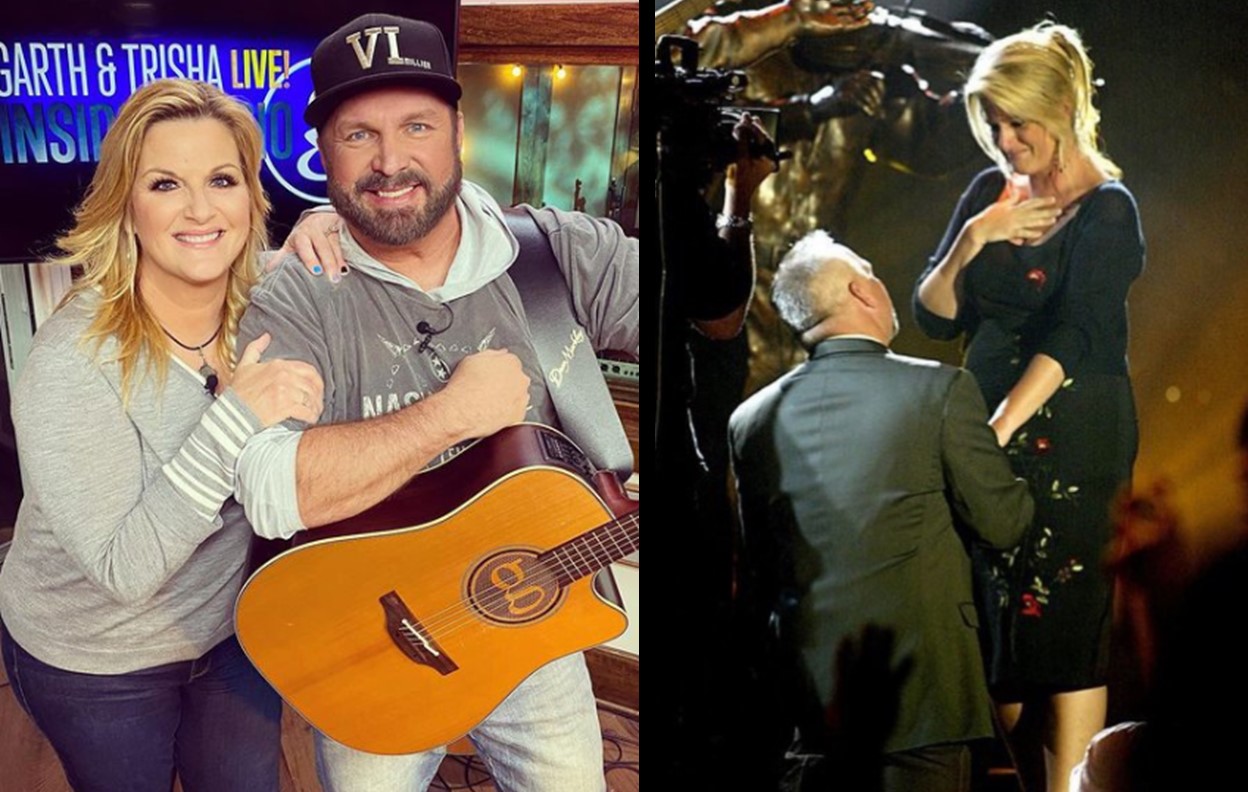 Country music stars Garth Brooks and Trisha Yearwood‘s wedding anniversary is December 10, 2005! Can you believe it’s been sixteen years since these two wed at their home in Owasso, Oklahoma?!

The pair first met in 1987 as demo singers and became frequent musical collaborators. Their romance blossomed after both ended up single following Garth’s 2001 divorce from Sandy Mahl and Trisha’s second divorce from The Mavericks’ bassist Bobby Reynolds in 1999.

In 2016, Garth Brooks opened up to Parade about the start of his romantic relationship with Trisha.

“When you meet someone, you know. The problem was [when I first met her] I had been married for over a year. And that couldn’t have been wrong because you’re married in front of your family and God. You think, there must be some feeling that isn’t right. Over the years you just keep going.”

After his 15-year marriage to his college sweetheart and mother of his three daughters— Taylor, August, and Allie— fell apart, Brooks found himself drawn back to his longtime friend.

When Parade then asked Trisha about her feelings during their first encounter and their eventual union, she quipped “It was probably the minute I met him, even though I didn’t know it at the time. I just think we’re meant to be.”

Garth added, “It was pretty cool to start dating and get to know who I thought she was. I found everything I would want her to be, she was. And then the things I didn’t know about her were even better than what I had hoped. That was very sweet.”

How does this couple make things work when both have demanding careers? Trisha revealed, “We made a conscious effort when we got married not to be apart. Garth was retired but I wasn’t. So when I moved to Oklahoma I cut my tour dates way down. Then I eventually didn’t tour…99 percent of the time we’re together. We don’t spend very many nights apart.”

“I just want to be wherever she’s at. I love breathing the same air she’s breathing,” Brooks admitted.

These two have done a lot to make it work over the years and now reside in the Nashville area. We hope Garth Brooks and Trisha Yearwood’s wedding anniversary celebration is as special as they are. Share this update with other fans!