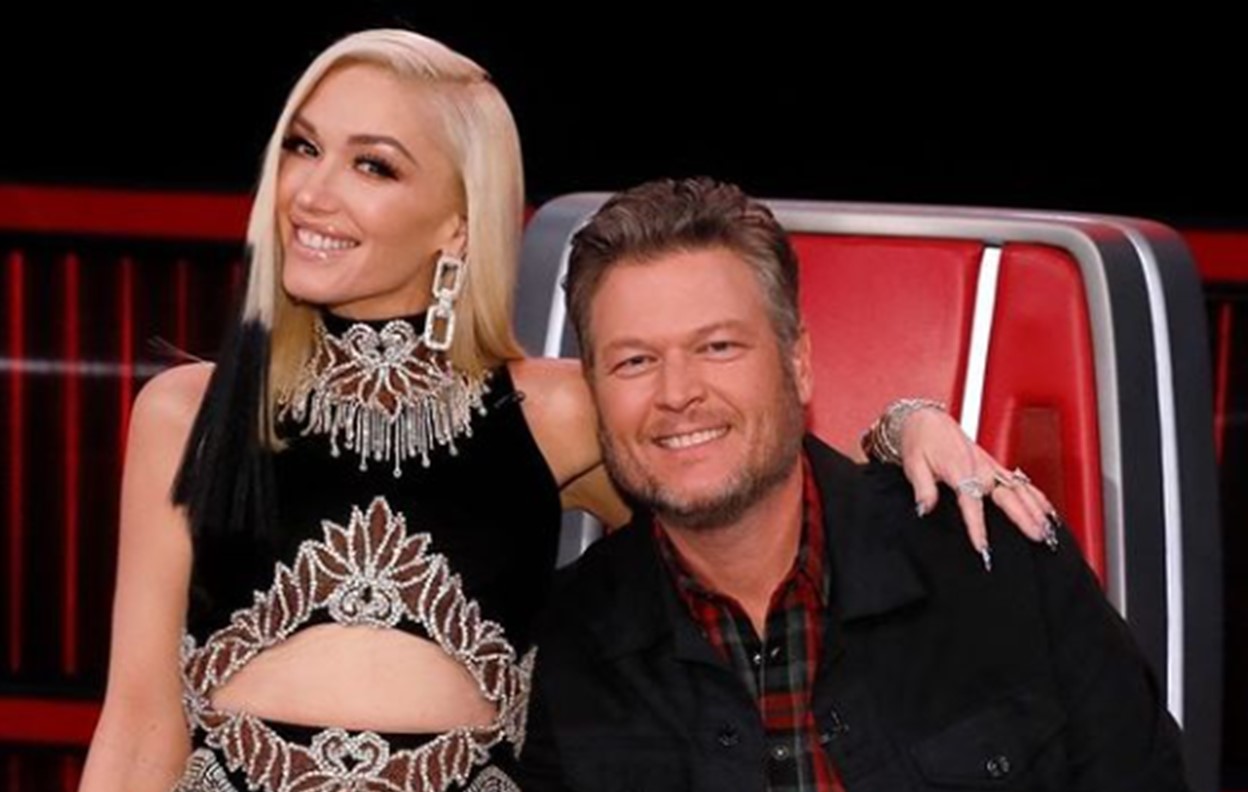 Country music star Blake Shelton's fiancée Gwen Stefani is no stranger to the spotlight! Learn more about the entertainer here!

Over the past six years, 45-year-old Blake Shelton and his lovely wife, 52-year-old Gwen Stefani, have become one of the entertainment industry’s favorite power couples. Gwen Stefani was born October 3, 1969 in Fullerton, California.  The pair met as judges on the The Voice and began dating soon after their respective divorces from their former spouses in 2015.    During The Voice‘s “Road to Lives—10th Anniversary Edition” special (5/3), Shelton confessed that connecting with Stefani is the highlight of his run on the singing competition.

“People ask me all the time, ‘What’s the greatest thing that has happened for you since you’ve been on The Voice?'” the star explained. “That’s a no-brainer, right? I met my fiancée here. It’s hard to resist Gwen Stefani. You know, here’s this iconic rock star coming to be a coach on The Voice in a black minivan. That was cool to me.”

He continued, “I love it when she’s here. She brings a very complicated element of competition, for me in particular. But I love that. I love the challenge. Just knowing that she’s there, and she has my back, is pretty cool.”

The country star has always been open about how many find this couple ‘unusual’ and he agrees!

“If you would have told me back in 1996 that Gwen Stefani was gonna be my girlfriend, I would have laughed you out of the room,” Blake admitted. “You know what I’m saying? I would have thought you were crazy. Saying it right now, I almost bust out laughing. That’s how ridiculous it is.”

Blake and Gwen married at their ranch in Oklahoma on July 2, 2021 after 6 years of dating.  Let’s learn a little more about Blake Shelton’s wife below!

This should not come as any surprise, given Gwen Stefani’s powerful singing voice, but Stefani and Madonna are indeed distant cousins.

The “Hollaback Girl” singer boasts chiseled abs, but they take some work. However, she does not stick to workout routines designed for the female body. Instead, Stefani opts for traditionally male workouts such as boxing and free weights.

3. Stefani once worked for minimum wage.

Back in the day, Gwen Stefani worked low-paying jobs just like most other teenagers. She served blizzards at Dairy Queen and taught swimming lessons at the local pool.

5. Gwen Stefani is the mother of three children.

Although Shelton and Stefani do not have any children together, the pop singer’s three sons (Kingston, Zuma, and Apollo) from her previous marriage to rock star Gavin Rossdale keep their hands full. Shelton has done his best to bond with her children.

“I feel as if I spent the last four years healing — you know, trying to build my life again,” Stefani shared with SHAPE in October 2019. “Having a best friend like Blake to help me do that has been one of the greatest gifts.”

7. She splits her time between California and Blake’s properties in Oklahoma.

“And spending time in the middle of America [on Blake’s ranch] — that’s something I didn’t expect. The way we live at the ranch is really simple. There are watermelons that Blake planted and all my wildflowers. It’s a nice contrast to L.A., although I do keep 20 chickens in the backyard here at home too,” the star confessed to SHAPE about where she is now.

As many fans know, Blake and Gwen purchased their first home together in Encino, California last year. Take a tour!

Wishing these two lovebirds many more years of happiness together. Be sure to share this closer look at Blake Shelton’s fiancée, Gwen Stefani, with other fans!