Before They Were Famous: Country Music Stars Share Toughest Jobs 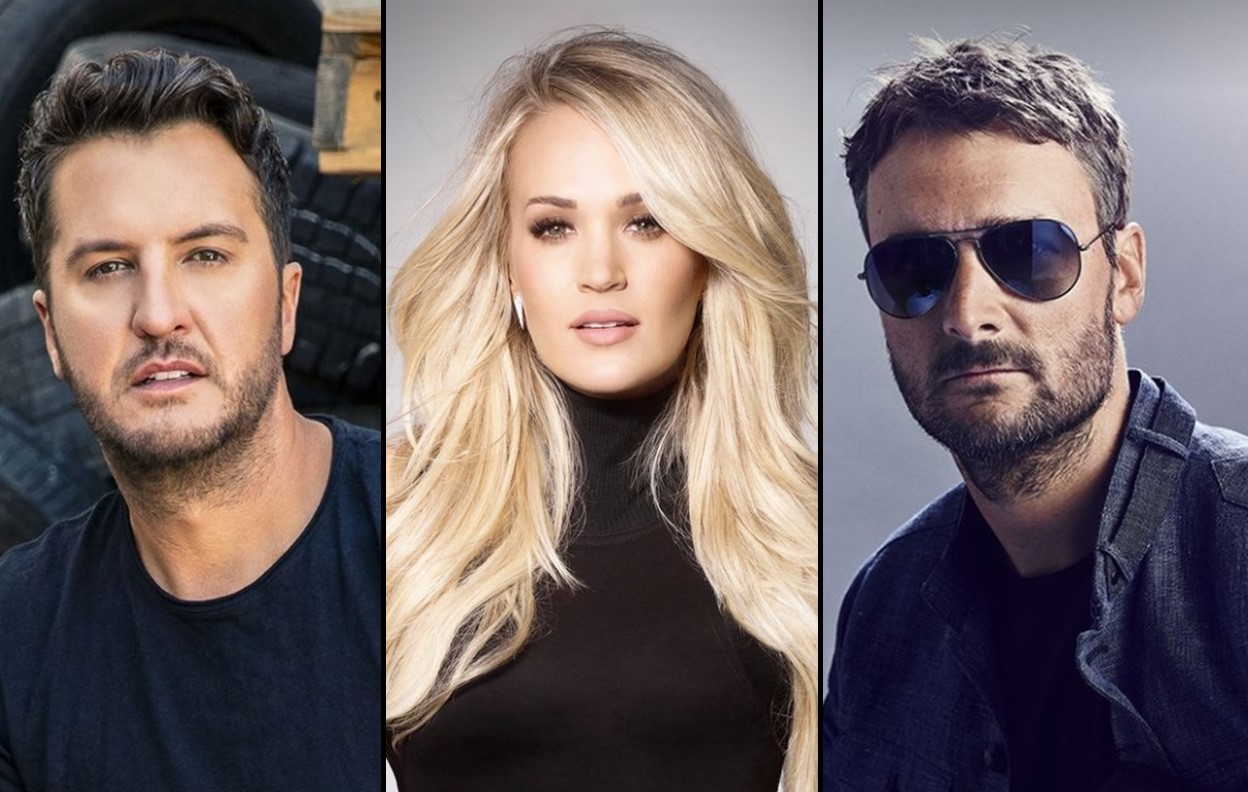 Before they were famous, these country music stars had some very interesting and tough jobs! Learn more about their pasts here...

Some of the hottest country stars recently took a look back at some of the toughest jobs they had prior to making their mark in music! Take a trip back to before they were famous…

Before They Were Famous: Toughest Jobs

“At age 12 through 13, I worked at Rubos IGA Supermarket in Leesburg, GA. I worked during the summers on Monday and Tuesday. I stocked and cleaned up the produce. They paid me under the table…I peeled off all of the brown lettuce. Let’s see, when I was 15, I was a cashier at K-Mart for two months. I worked at K-Mart for two months, and then I reverted back to Rubos because it didn’t really make sense for me to drive all the way into Albany and work for K-Mart. The benefits were great though-you’d get an hour-long on the blue light special. So I started back at Rubos, and then I quit Rubos and worked for my Dad-just awful just driving tractors through cotton all day, and spraying pesticides that eventually would turn your hair green. And then at some point, I started playing guitar. And well, after college I went back and worked for my dad and continued to spray and haul fertilizer around. And then I moved to Nashville…”

“I don’t think I’ve ever had a bad job. I’ve had hard jobs. I’ve had jobs that worked random hours. My first job was at a gas station, and that was a lot of fun actually. While I was working at the gas station, I took another job at a hotel down the street. There was nobody else working there. I had one day of training and then the next day I came in, and the lady that had worked there the longest and was training me just didn’t show. So, the second day at work I was now in charge ‘cause I was now the senior member that was working at the hotel. So, I feel like that one was really challenging to figure my way through it, but I did. My best job is definitely what I do now. I really like being on stage. I really like performing for people and just having fun and singing, because that’s what I feel like I was born to do.”

“I was fifteen, and I worked at a pizza place, and the guy decided that at fifteen, that I could not only clean the floors and wash the dishes, but I also had to make pizza. So, for two months, he taught me how to make pizza.”

“My worst job was working in a nursery, actually. I love kids so I thought I’d be really good at it, but wen you’re the new person coming in, you have to change all the diapers first. So, I was changing 45 diapers a day and it got to the point where everything smelled like baby poop. It literally drove me crazy. I would walk my dog and I would have to go to pick up her poop, and it would smell like baby poop, and I just couldn’t handle it, honestly. The smell of poop warded me away. The children were lovely, but the smell of poop lingered, and I couldn’t handle that job. That was my worst job.”

“I had an awful job. I’ve had a lot of awful jobs…my worst one was when I first came to Nashville. I got a job at the Shop at Home Network. I worked midnight, graveyard, midnight to eight. That was bad enough but then I would work all night, go home, shower and then I had writing appointments all day because I was trying to get a career started. I’d go write songs and get meetings just trying to get signed. And end up getting done at 3 of 4 with all of that, I’d go home, take a shower or sleep for a little bit and then I had to be at work again at midnight. So the schedule was bad enough, however, what I had to do at the job…I sold knives from midnight to 7 or 8am. And, anytime somebody calls you at 3 or 4am and needs 200 knives for $19.95, it’s automatically an alarming situation. And I just, I was young and I’d been in a lot of these people’s shoes, I had done this…I knew they were drunk. I knew what they had done. They’d just come home from the bar, flipped on Shop at Home and said, ‘You know what? I need that.’ So the reason the job didn’t last long for me is that I was maybe the worst salesmen in history because I ended up talking a lot of these people out of it, I’d say, ‘I’ll tell you what man, go to bed, call me, I’ll be here in the morning. If you get up in the morning and want these knives you call me back.’ Because I knew what was going to happen, you know. They bought 200 knives for $19.95…first of all some of these people you didn’t know whether you should call the cops. What do you need 200 knives for? Even though I’m selling them…what do you need them for? So, it was awful doing that job. And then they got rid of me because, they were like, ‘You’re the worst. I can’t believe you’re talking people out of it.’ I was like, ‘Man I know…I’ve been there.’ [laughs] I’d want some to talk me out of buying some of the stuff I’ve bought at 2am.”

“I started working like at [age] 12, landscaping. This was summer, every summers, and roofing. I started when I was about 16 roofing houses, and that was probably one of my toughest jobs because down there in South Georgia, it gets hot, so doing that every day all summer long. The pawn shop when I moved to Nashville was one of my favorites, even though it was one of my least favorites. The concrete job was my least favorite of all – six years of that, and I couldn’t take it no more. After that job, that was my turning point. Either I’m going to do something else for a living or quit and try to really focus on music and get this record deal.”

“I’d have to say my worst job ever was laying sod in the south Georgia heat. There’s nothing than that, especially when somebody would think that you’re waiting for the next sod patch to be thrown to you and you got your back turned, and all of a sudden, that big ole piece of sod hits you right on the back. You got nowhere to clean up, and you’re just stuck with dirt on your back for the rest of the day. It doesn’t get any worse than that.”

Share this before they were famous look back with other country music fans!