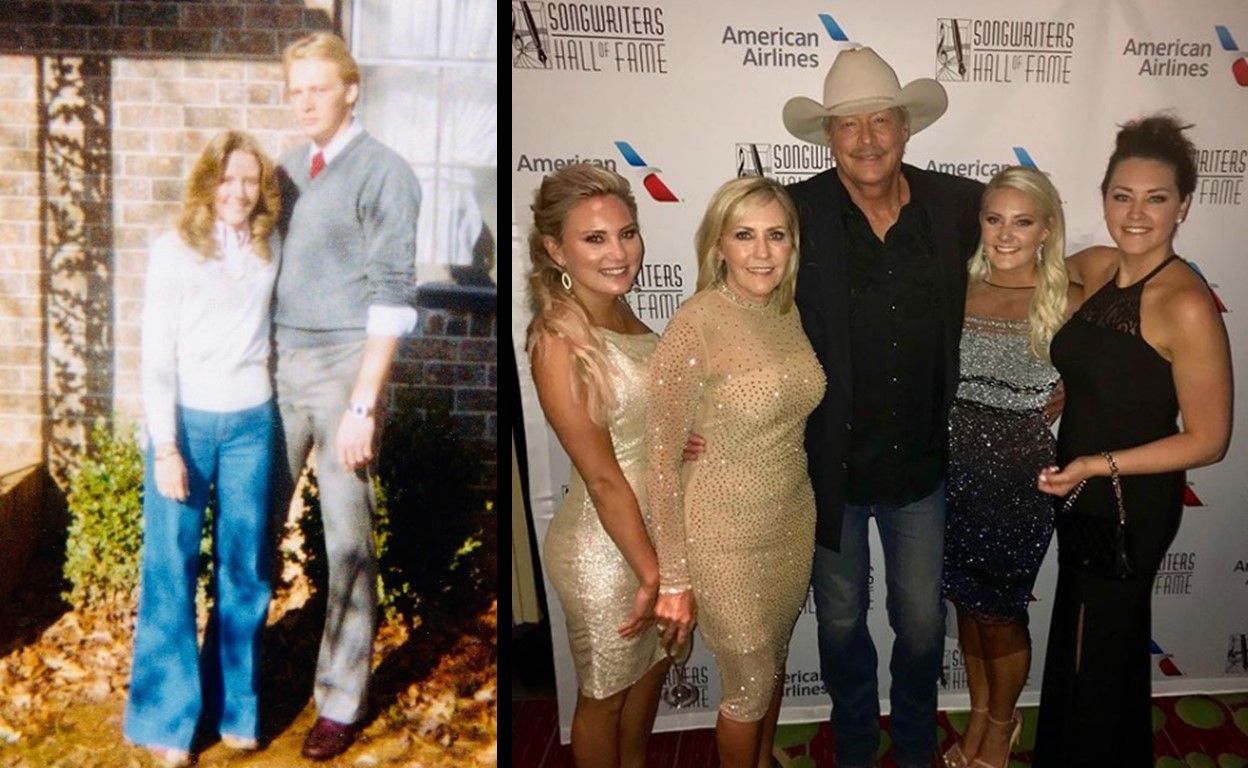 The month of December is especially important to country music icon Alan Jackson and wife Denise. The high school sweethearts got engaged on Christmas Eve back in 1978 and exchanged vows on December 15, 1979 at Newnan Baptist Church in their hometown of Newnan, Georgia. This year is the couple’s 40th wedding anniversary!

40 years later…. I’d love you all over again

Alan and Denise on Christmas Eve in 1978

The longtime couple have three adult daughters together: Mattie Jackson Selecman, Alexandra Jackson, and Dani Jackson. These two have certainly had their ups and downs, even temporarily separating in 1998 due to Alan’s infidelity and the pressures of his country music career. Alan and Denise have also weathered a recent family tragedy with the passing of their 28-year-old son-in-law Samuel “Ben” Selecman in September 2018.

The older I get the more, the more thankful I feel…” #HappyThanksgiving

We wish the best for the Jackson family as they continue to heal and spend the holiday season with their loved ones.

Merry Christmas from our house to yours. And special thanks to our friends at @balsamhill for sending us this beautiful 15’ Christmas Tree! We look forward to making many family memories around our new tree. Wishing all of you a VERY MERRY CHRISTMAS and HAPPY NEW YEAR!

Share these milestones with other fans of Alan Jackson and wife Denise!

More Shows to Be Added!

Tickets on sale now for all dates unless otherwise noted