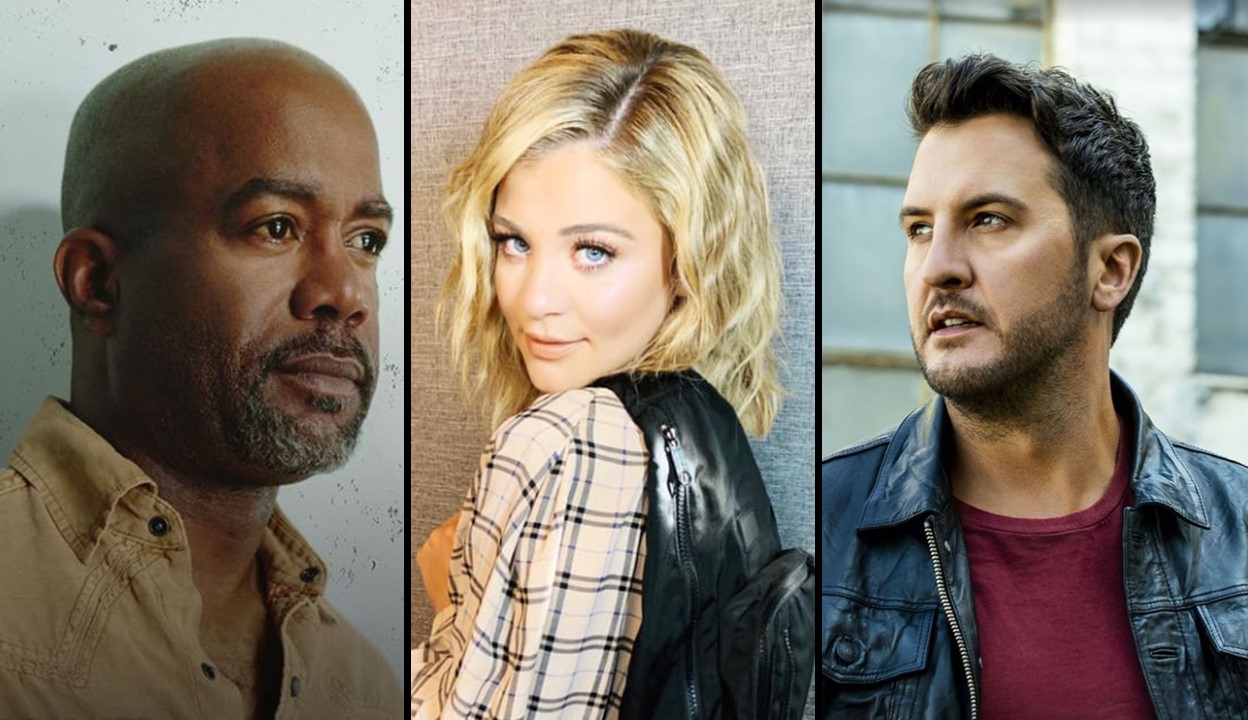 Super Bowl Sunday is February 2nd! Be sure to catch all of the action starting at 6:30pm ET on FOX--- the San Francisco 49ers vs. the Kansas City Chiefs!

Super Bowl Sunday (Feb. 2nd) is a major holiday for many, including some of your favorite country artists! While some will be rooting for Patrick Mahomes and the Kansas City Chiefs to come out on top, others will be cheering for Jimmy Garoppolo and the San Francisco 49ers. Be sure to catch all of the action starting at 6:30pm ET on FOX!

“It was really cool to go on the football field when you’ve got everybody from the head guy of the NFL and you’ve got Jerry Rice out there running around. It was really cool, and then we got to go watch the game in a really nice suite and thank you 49ers — they were awesome. It was just really cool, and to see them go to the Super Bowl at Levy Stadium, which is a very nice stadium. It was awesome. I grew up playing football and it was always the 9ers, you know? Like we looked up to those guys. I looked up to the 49ers. It was like our local team, and I guess i just never lost that spark from when they went to the Super Bowl. I think the game’s going to be great. The Chiefs are tough, and the Chiefs is another one…the Chiefs haven’t been in a Super Bowl in a long time either, so this is gonna be an all-out war of football (laughs) which is gonna be a great Super Bowl, and we’re gonna get a great Super Bowl from two great teams.”

“My dad raised me to love football, so I think it’s like kind of in my blood to be obsessed with it. I feel like the guys are so passionate and they try so hard. Those people love playing that game as much as I love singing. I just love the heart and the drive and the passion behind it. I feel like those boys are playing as hard as they can – in college football and pro football – because it’s what they love to do and it’s their passion, and I just, I don’t know. I love it.”

“I’m a big football fan. I mean, when I was growing up, if you asked me who my favorite team is now, I couldn’t tell you. But when I was a kid, it was the Dallas Cowboys. And I don’t know if it was because my mom bought my brother a Pittsburgh Steelers pennant for some reason, and bought me a Dallas Cowboys pennant, and of course over the year I fell in love with the Cowboys, and then I wanted a jersey the next Christmas, and then the next one, I wanted [more Cowboys stuff]. So, I became a long-term fan with those guys. But I like it all now that I’m older. I’ll watch any game, it doesn’t matter who’s playing. But [I] love football.”

JIMI: “This game is gonna be fun. Of course, my team is the Tennessee Titans, so I don’t have quite the heart connection that I do with these two teams. (Phillip: “I like Mahomes though.”) But I’m excited because I think it’s gonna be a great game. They match up very interestingly, and I think it’s gonna be fun to watch. I don’t think anybody’s gonna stop Mahomes, though. Shew. The 49er defense, they are for real.” PHILLIP: “If you can pick apart the 49er defense, you can win this game.”

“I think it’s gonna be exciting. It’s like the new generation Super Bowl almost. The quarterbacks are great. I really like that Mahomes guy. I mean he represents a whole new era of quarterback. The game has changed a lot over the years, and it is, it’s exciting to see two teams…I like watching great offenses. I like quarterbacks who throw the ball around, score lots of points, and these two teams do that. They’ve got a lot of exciting players. So, I think this one’s gonna be one for the books, for sure.”

“Definitely Super Bowl is like the queso, the Frito Lay scoops with the Ro-tel situation. I guess it’s like, what’s the black-eyed pea stuff too? All of that, just stuff that you can sit there and have lots of sodium, and then just, it’s like Thanksgiving all over again.”

“Gosh, let’s see cheese dip. I would really like some cheese dip in my life again. Um, I’m a big fan of wings and hot dogs and pizza and cheesecake and poppers and cheese sticks and cheese, anything that has to do with cheese. Did you realize everything I named besides the wings, which you dip in blue cheese, had to do with cheese?”