Jason and Brittany Aldean Get Candid About Relationship’s Start 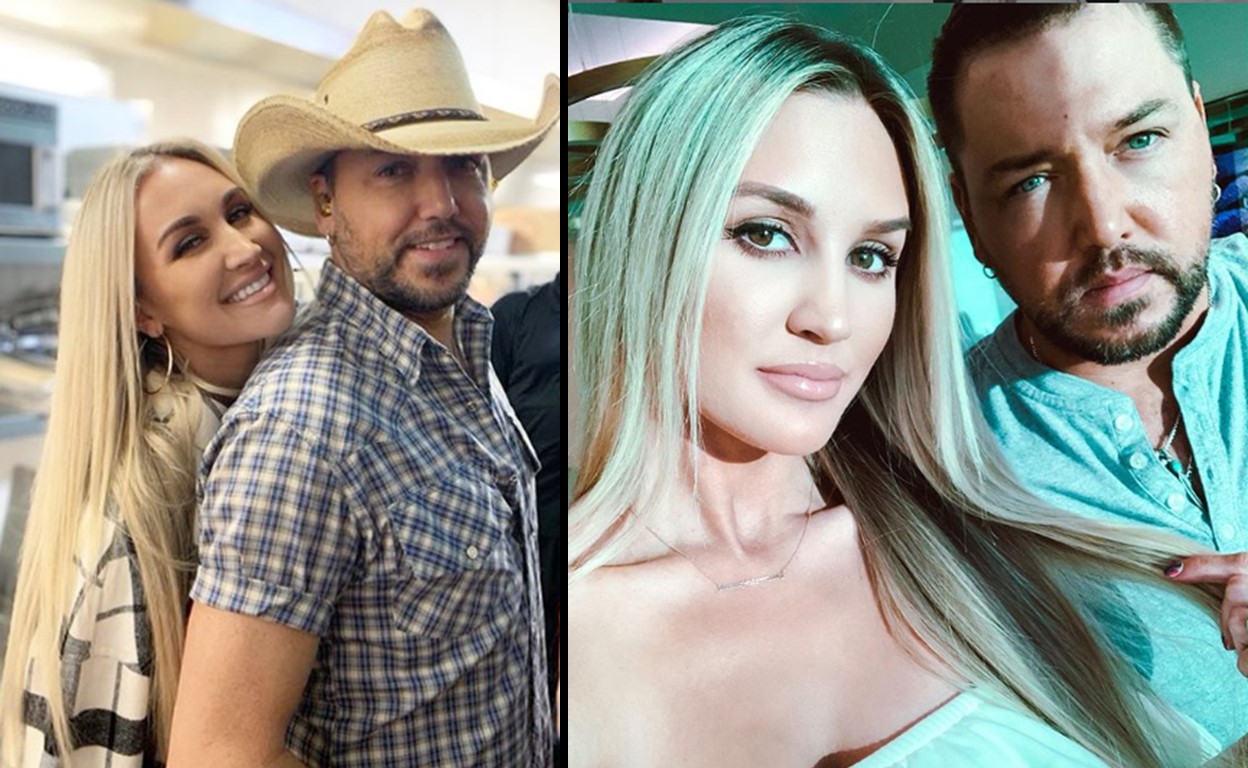 How Jason and Brittany Aldean first hit the public eye as an item still gets people talking, even seven years later! Check out what they have to say about it...

Jason and Brittany Aldean got 100 percent real about the start of their romance during their recent interview on the Velvet’s Edge podcast with Kelly Henderson. When these two first crossed paths in the fall of 2012, Jason was married to Jessica Ussery— the star’s high school sweetheart and the mother of daughters Keeley and Kendyl. After TMZ released photos of the country singer getting cozy with the former American Idol hopeful at a California bar, a whole lot of drama exploded publicly. On April 26, 2013, Jason filed for divorce from Jessica citing irreconcilable differences.

“I think we both probably hated the way it started,” Jason confessed about how he and Brittany first came to be a pair. “But, at the end of the day, I wouldn’t change the outcome of it at all.”

Since officially stepping out as a couple in 2014 and getting married in March 2015, Jason and Brittany have welcomed two children together, son Memphis and daughter Navy Rome.

“Obviously, both of us feel this way, we would have done things completely differently, however, we’re very happy that the outcome is what it is and now we have these two beautiful babies,” Brittany added.

Just over seven years after their personal business hit the tabloids, Jason and Brittany are very happy together and enjoying building a new home while also spending a lot of time out on their family’s tour bus.

“We are sincerely best friends and it’s one of those things where I wish everybody could experience a love like this because we love each other so much,” Brittany expressed. “It makes me sad for people who are maybe in a situation where they don’t feel that way or maybe they haven’t met that person yet. I just want this love for everybody.”

Share this closer look at Jason and Brittany Aldean with other fans!