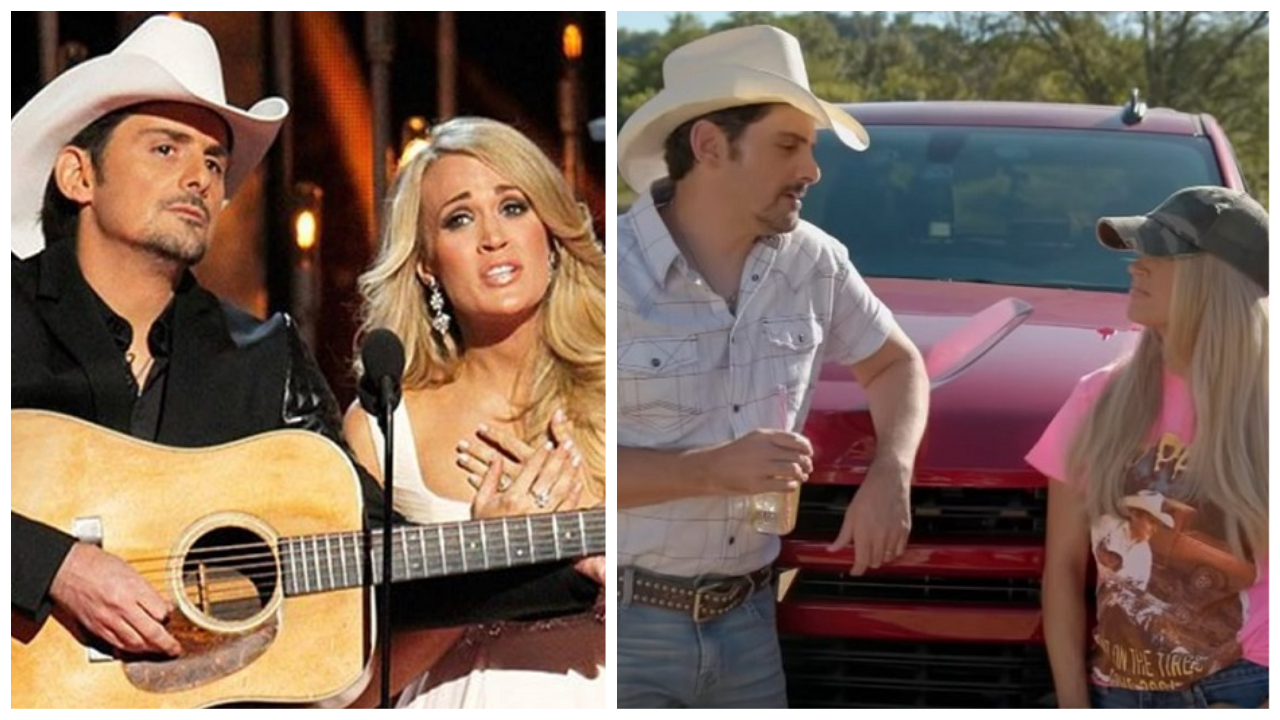 Carrie Underwood and Brad Paisley have been friends for years and managed to host 11 CMA awards shows together.  Watch the video compilation of their funniest moments together and see additional details below.

Brad Paisley and Carrie Underwood are also close by neighbors in real life as they both live outside of Franklin, Tennessee.  When Carrie was thinking about parenthood, the singer says she looked to Brad Paisley and his wife Kimberly as role models.

“[Brad] was part of the reason,” Underwood stated in a prior interview about her wanting to start a family. “I would see them and how great they are and how sweet he is with them. And as soon as I found out I was having a boy, I was watching them like, ‘Aww, I want my kids to be like that.’”  Carrie and Mike Fisher ended up having two boys (Isaiah and Jacob).  Brad and Kimberly also have two boys (Huck and Jasper).

Remember to “share” Carrie Underwood and Brad Paisley’s funniest moments with other Country Music fans in need of a good laugh.