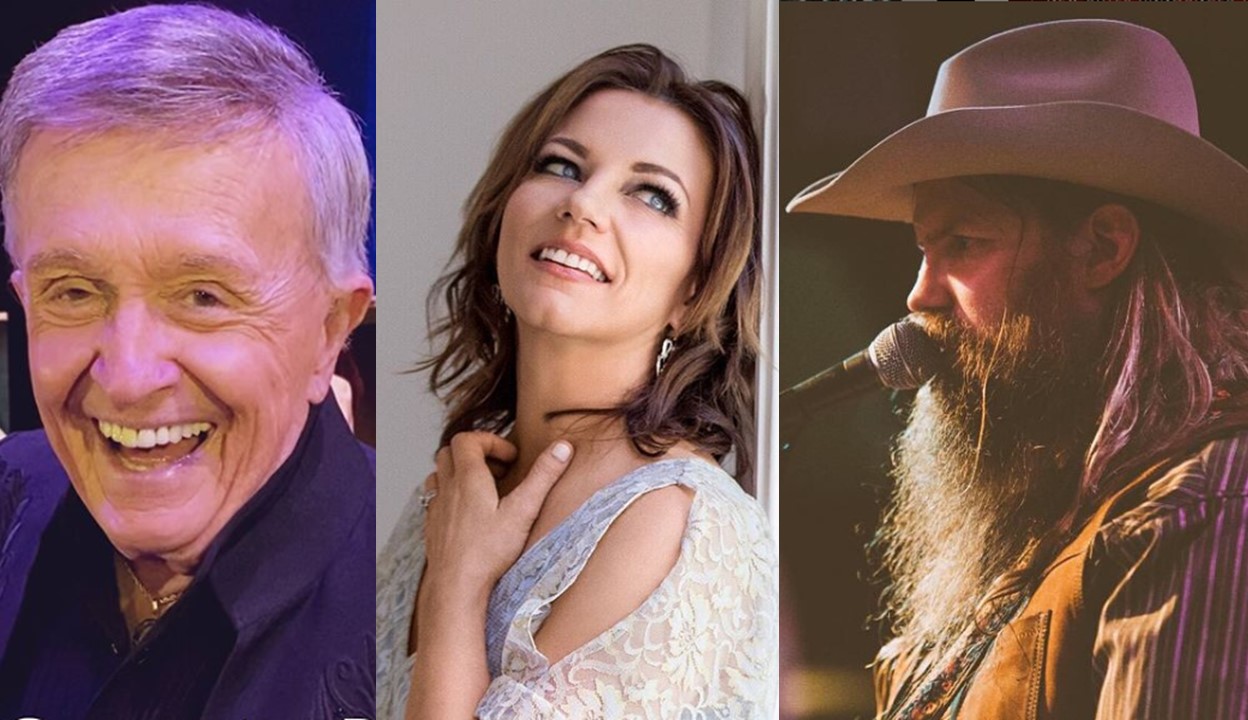 The lineup of 2020 Country Music Hall of Fame and Museum exhibits have been revealed! Country music fans will definitely want to check these out...

The list of upcoming 2020 Country Music Hall of Fame and Museum exhibits have been made public! The annual exhibition American Currents: State of the Music will return in 2020, to offer insight into the latest chapter of country’s ongoing evolution. In addition, the museum will devote separate exhibits to the lives and careers of Country Music Hall of Fame member Bill Anderson, Martina McBride, and Chris Stapleton.

“Each of these artists achieved country music stardom in a different era, and each has a compelling story to tell about early exposure to music, about the decision to pursue music as a career and about the struggle to overcome the challenges created by such a decision,” shared Museum CEO Kyle Young in a press release.

Announcing our 2020 lineup: The Museum will explore another broad and impactful mix of musical talent, with exhibitions on Country Music Hall of Fame member @whisperinbillanderson, @martinamcbride, and @chrisstapleton. Our annually updated "American Currents" exhibition will again share songs and stories that marked the past year in country music, and the Museum’s major exhibition, "Outlaws & Armadillos: Country’s Roaring ’70s," remains through February 2021.

American Currents: State of the Music will open March 6, 2020. The exhibition represents the ongoing research, analysis, vigorous debate, and even argument, among curators and museum staff to determine the most important developments in country music over the previous year.

The Chris Stapleton exhibition will open June 26, 2020. Before he achieved solo success with the 2015 release of triple-platinum album Traveller and the hits “Tennessee Whiskey” and “Parachute,” Stapleton proved his musical mettle as a songwriter, with more than 150 songs recorded by a diverse roster of artists including Adele, Luke Bryan, Alison Krauss, and George Strait. This exhibit will explore Stapleton’s personal and musical influences and his climb to stardom, including his time in the SteelDrivers.

“I’m proud to get to share pieces of our musical journey at the Country Music Hall of Fame and Museum,” added Stapleton.

An exhibit exploring Martina McBride’s legacy opens Aug. 21, 2020. For more than 25 years, McBride – known for hits including “Independence Day” and “A Broken Wing” – has ranked as one of country music’s most powerful voices. The Kansas native released her major label debut in 1992, and had her first Top Ten single in 1993 with “My Baby Loves Me.” Inspired by forerunners such as Linda Ronstadt and Country Music Hall of Fame members Reba McEntire and Connie Smith, McBride brought a powerful voice and style that set her apart from her peers. In 2019, the Academy of Country Music presented her with the Cliffie Stone Icon Award for her contributions to country music.

“Having an exhibit in the Country Music Hall of Fame and Museum is something I’ve had on my dream list for a long, long time,” said McBride. “Being able to share moments and mementos from my life and career with my fans and country music fans from all over the world is both humbling and exciting. I’m so grateful to be a part of country music.”

On Nov. 20, 2020, the museum will open a special exhibition looking at the life of Country Music Hall of Fame member Bill Anderson. Known for his breathy, conversational vocal style, “Whisperin’ Bill” Anderson has logged 37 Top Ten hits as a recording artist. Anderson has earned more than 50 BMI awards for songwriting. His first success came in 1958, when he wrote “City Lights,” a #1 single for Country Music Hall of Fame member Ray Price. Anderson’s songs have been recorded by James Brown, Kenny Chesney, Jerry Lee Lewis, Dean Martin, and hundreds of others, among them Hall of Fame members the Louvin Brothers, Roger Miller, Jim Reeves, Connie Smith, George Strait, Porter Wagoner and Kitty Wells. In 2005, Anderson and Jon Randall Stewart wrote “Whiskey Lullaby,” recorded by Brad Paisley and Alison Krauss. It was CMA Song of the Year, and in 2007, Anderson won the CMA and ACM Song of the Year awards for “Give It Away,” written with Buddy Cannon and Jamey Johnson and recorded by Strait. A Grand Ole Opry member since 1961, Anderson entered the Nashville Songwriters Hall of Fame in 1975, the Country Music Hall of Fame in 2002 and the New York-based Songwriters Hall of Fame in 2018.

“I grew up dreaming of the day they’d put my ball glove into the Baseball Hall of Fame in Cooperstown, but realized many years ago that wasn’t going to happen. But now, knowing that my guitar and maybe a rhinestone suit or two will be put into an exhibit at the Country Music Hall of Fame and Museum in Nashville, more than makes up for it. When our Hall does an exhibit, they really do it up right. I am thrilled to know that I am about to be a small part of their incredible legacy,” Anderson shared.

The museum’s continuing exhibition Outlaws & Armadillos: Country’s Roaring ‘70s, looks at the relationship between Austin, Texas, and Nashville during the 1970s, an era of freewheeling cultural and artistic exchange that skirted the status quo and changed country music. The exhibition opened in May 2018 and continues through Feb. 14, 2021.

Share these Country Music Hall of Fame and Museum exhibits with other country music fans!