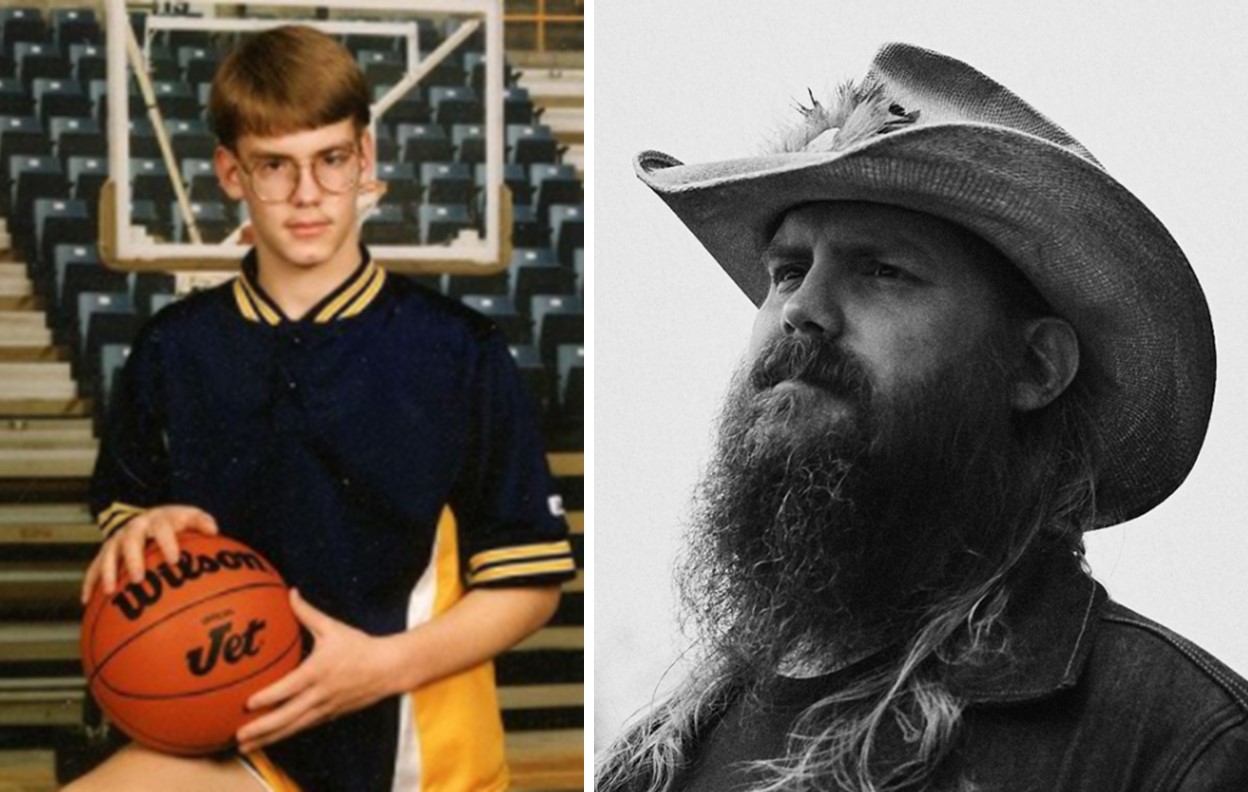 Discover more about country music star Chris Stapleton facts!  After branching out as a solo artist, Chris Stapleton set Nashville on fire with his debut studio album Traveller in 2015. The record took him straight to the top and the singer-songwriter won the 2015 Country Music Association Award for Best Male Vocalist, New Artist of the Year, and Album of the Year!  At the 2021 CMA Awards, Stapleton won 6 awards including song and single of the year for “Starting Over” and album of the year for his record of the same name. He won two more trophies as a producer on the single and album.  He also won male vocalist of the year for the fifth time.

The Life of Chris Stapleton Video

2) Chris Stapleton can also count major pop stars Justin Timberlake, Adele, and Joss Stone among his fans. Adele even recorded Chris’ former band The SteelDrivers’ song  “If It Hadn’t Been for Love” as a bonus track on her hit album 21. His song with Justin Timberlake “Say Something” gave listeners a bit of country jazz mixed with acoustic guitar and radio-pop beats. It produced a completely new sound that isn’t always heard on the radio, and fans responded well to it. In fact, the track won a Grammy Award for Best Pop Duo/Group Performance.

3) His wife Morgane had the words, “You Are My Sunshine,” secretly engraved inside his wedding ring. The pair often perform the beloved folk song together— enjoy a live performance below. Stapleton met Morgane Hayes in 2003 when they were both working as songwriters. Morgane worked in an adjacent building and would visit her friend at Sea Gayle Music, hoping to run into Chris while visiting. After a few months, Chris asked Morgane if she would like to write a song together and that became their first date. The couple married in 2007.

4) He and Morgane have five children together. The pair live and work with their children in Nashville, Tennessee when they are not on tour. The couple is very private about their children and Chris stated, “I signed up for this.  My children did not. I am a very private person, and in that respect, I keep my children out of it. They’re children, and they deserve the chance to be children.”

5) ‘Whiskey’ is a key element in many of Stapleton’s songs. For example, “Whiskey and You,” “Drinkin’ Dark Whiskey,” and “Guitars, Whiskey, Guns and Knives,” just to pinpoint a few.

6)  Before music called him away, Stapleton used to work at Papa John’s Pizza. He hung onto his employee badge as a way to remember his humble start. He also drove an ice truck and did odd jobs from the local paper.

7) When he first came to Nashville, Chris was a baby-faced kid with little facial hair!

8) Before choosing music as a career, Stapleton studied engineering at Vanderbilt University. He dropped out after a year.

9) As a songwriter, over 170 of Stapleton’s songs have appeared on albums by such artists as Luke Bryan, Tim McGraw, Brad Paisley, and Dierks Bentley.

10) He played all the parts on his debut Traveller album— the electric guitar, mandolin, and acoustic guitar.

11) If he would have followed family tradition, he would have become a Kentucky coal miner. Chris grew up in Staffordsville, Kentucky where his father was a coal miner. The town is in eastern Kentucky and counts as a really small town of about 200 people.

14) We only know the names of four out of five of Chris and Morgane’s children— Waylon, Ada, Macon, and Samuel. The couple’s youngest son was born in May 2019 and his name remains unknown.

15) In 2019, the star appeared as a Wildling-turned-White Walker in the Game of Thrones episode titled “The Long Night.”

Share these Chris Stapleton facts with other country music fans!