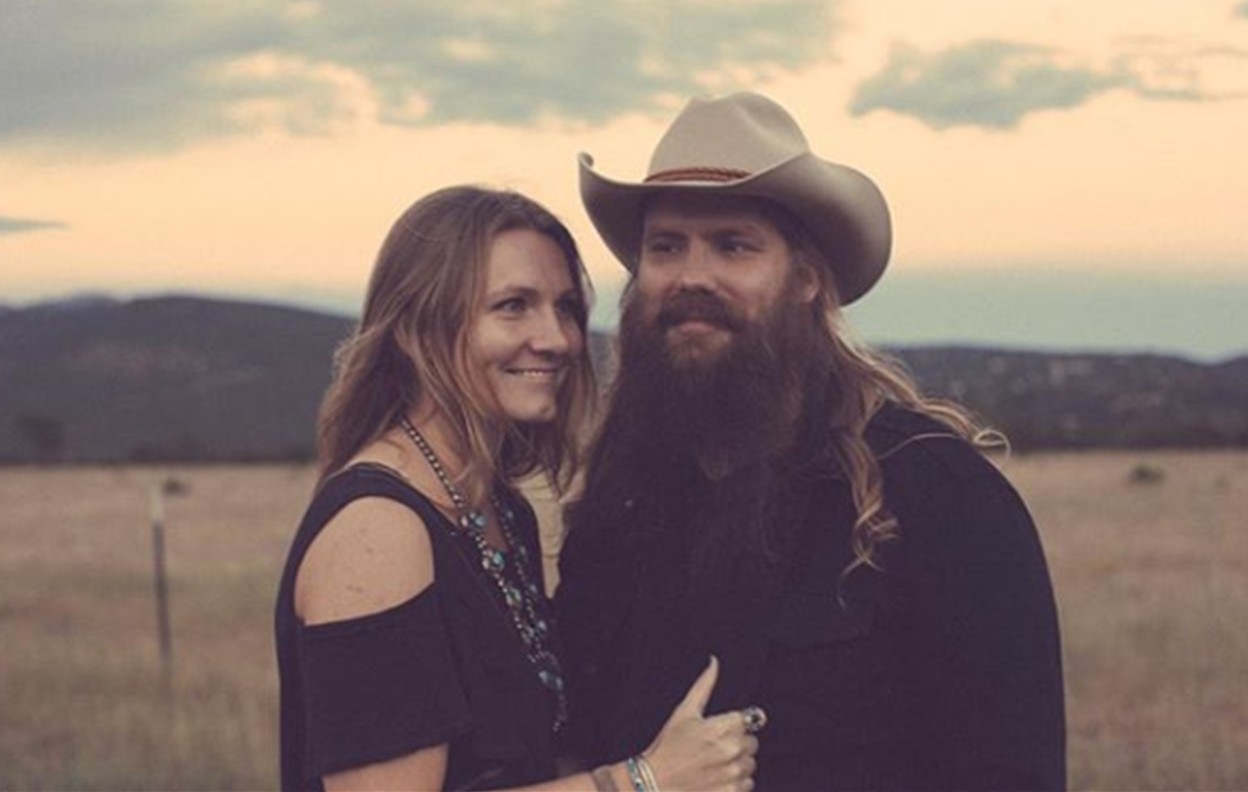 Get to know country music star Chris Stapleton's wife and the mother of his five children--- the brilliant and talented Morgane Stapleton.

Chris Stapleton‘s wife, Morgane Stapleton, is also a powerful force in country music. The extremely talented duo have been married since October 27, 2007 and have four sons and one daughter together. Morgane was born January 25, 1983 in Nashville Tennessee and is now 39 years old.

Morgane shared this message for their anniversary:

Chris and Morgane are much more than just romantic partners— they’re also musical inspirations for each other and often share the stage together.

The couple first met though work in Nashville at the well-known Sea Gayle Music publishing company and their first date involved writing a song together. Morgane candidly described the beginning of their love story during a past interview with the Washington Post, “We’d hear the jingle of his keys as he walked down the hall, and we knew he was coming to play us whatever new song he had written. Eventually he asked me to write a song with him, and that ended up being our first date. We didn’t get much writing done that night.”

Check out this throwback picture of Chris and Morgane!

Like Chris, Morgane has found ample success penning songs for other artists. The seasoned artist wrote “Don’t Forget To Remember” for Carrie Underwood and “You Ain’t Right” for LeAnn Rimes.

The country music phenom admits to enlisting his wife’s help to guide him to recording the right songs. “My wife has great taste in everything but men,” Stapleton kidded during the same Washington Post interview. “The vast majority of the songs on my debut album, ‘Traveller,’ came from lists she made.”

The couple certainly balances each other out and make a stellar team, but like all couples, they have their heated moments. “Oh, we drive each other crazy once in a while,” Morgane admitted. “But being without each other drives us even more crazy.”

Gosh, there is so much electric chemistry between these two musicians. We love watching them on stage together and nabbing glimpses into their shared creative process. Watch this past interview with Chris and Morgane Stapleton where they describe how they met and other aspects of their relationship!

Share this closer look at Chris Stapleton’s wife, Morgane Stapleton, with other fans!