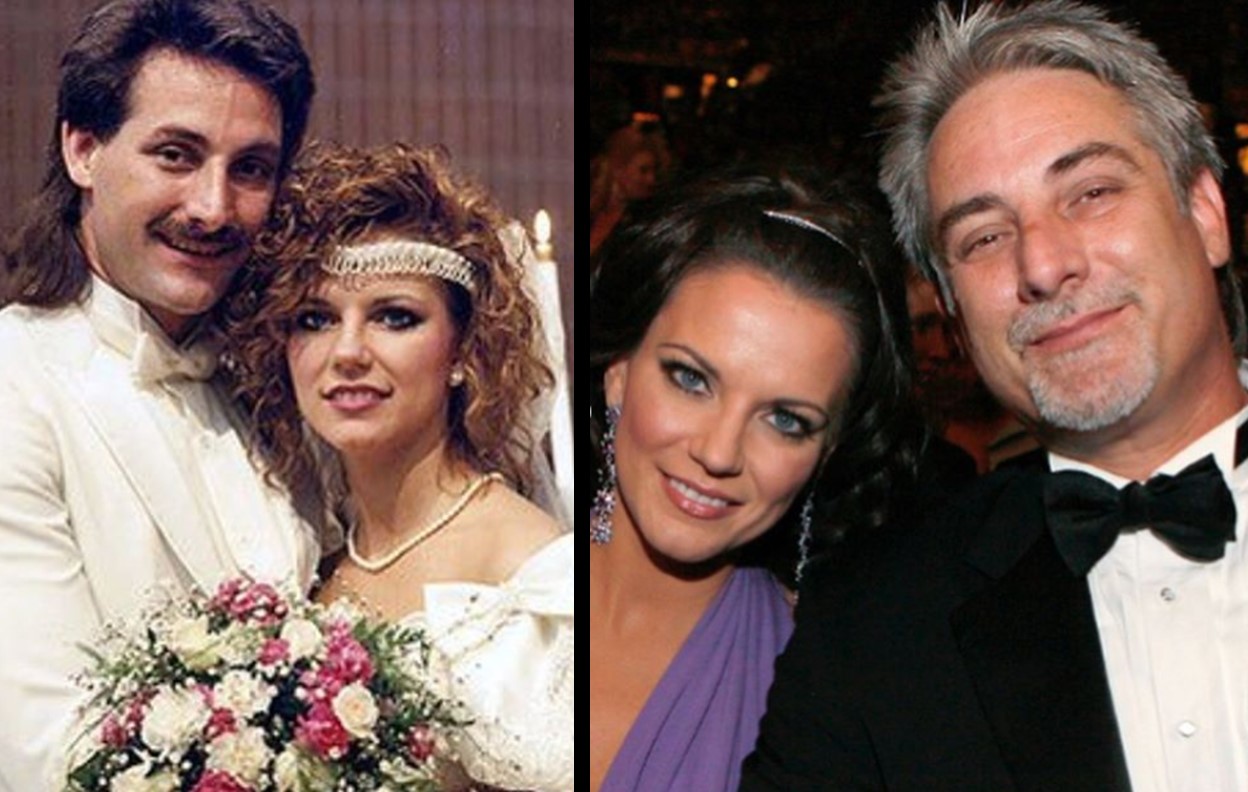 Martina McBride's husband, John McBride, is her perfect match in so many ways. Enjoy their love story and family snapshots here!

Country music maven Martina McBride and her sound engineer husband John McBride wasted no time taking their love to the next level. The pair met for the first time in early 1987, began dating in April of that year and were engaged by May. A year later, the lovebirds said their vows on May 15, 1988 and 34 years later the pair have managed to maintain successful careers, enjoy a stable marriage, and raise their three daughters— Delaney, Emma, and Ava. Now that’s an accomplishment! Learn more about Martina McBride’s husband below!

I'm so lucky I get to work with my husband John, who is an amazing sound engineer. We work together on the road and in the studio! This photo is from the #GirlsLikeMe music video.

“I’m not a religious guy, but I always felt God put us together,” John once gushed to The Boot during a past interview. “It’s crazy. I’d never had that feeling before. This girl, she’s incredible, and I love her more [now] than I ever have. I told her, ‘If we could bottle what we have, we could retire, girl.’ We’re so lucky.”

While their union may appear beyond perfect, John admitted, “It takes work, too. It’s not all just a walk in the park. [But] we have a great relationship. She’s my best friend. She’s my partner.” He then humorously added, “I encourage all my friends to find a farm girl/rock star from Kansas and marry her.”

“When people ask me the secret to staying married, the most obvious answer is that I chose well. Or got lucky, depending on how you look at it,” Martina wrote in a piece for NBC’s Today show. “I married a man who is a great partner. He is thoughtful, kind, considerate, romantic, handsome and really funny. We love each other’s company, our personalities complement each other, and we respect each other. He thinks I’m smart and funny, and I think the same about him. We are a great team.”

Martina McBride and her husband John, also the owner of the famed recording facility Blackbird Studios outside of Nashville, are the proud parents of three daughters Delaney (1994), Emma (1998), and Ava (2005). After becoming a mother, the talented country singer chose to reduce her touring schedule in order to be more present in her children’s lives.

Martina’s tune “Reckless” is a tribute to the unconditional love between two people and was inspired by her relationship with her dear husband. We wish them many, many more years of togetherness.

Share this look at Martina McBride’s husband with other fans!