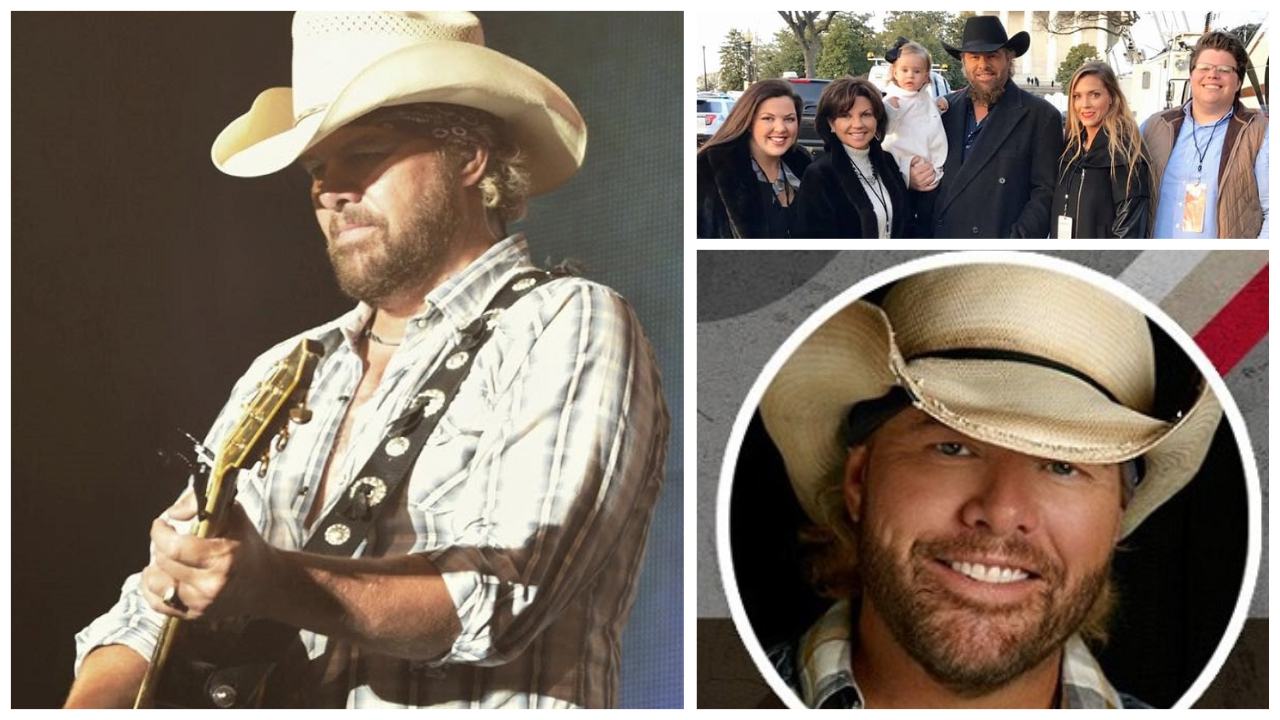 The Oklahoma native has also charted sixty-one singles on the Billboard Hot Country Songs charts, including twenty No. 1 hits and twenty-one additional top 10 hits. He has sold more than 40 million albums worldwide. The star was born Toby Keith Covel to Carolyn Joan Ross and Hubert K. Covel, Jr. on July 8, 1961.  Toby was born in Clinton, Oklahoma and lived in Fort Smith, Arkansas and Moore, Oklahoma as a child. His interest in music was sparked as a child when he visited Billie Garner’s Supper Club in Fort Smith, Arkansas, which his grandmother owned. During the summer, he did odd jobs around the supper club and sometimes played music with the band.

The future singer-songwriter worked the oil fields for $50,000 a year while also dabbling in music  He also played defensive end with the semi-pro football club the Oklahoma City Drillers to make ends meet. Once the oil industry hit a downturn, he took leap of faith to pursue a music career. Toby gave himself an ultimatum— have a recording contract by the time he was 30-years-old or give up on music as a career for good.  And work it did. Success finally hit in 1993, when Keith’s self-titled debut album went platinum. And its breakout single, “Should’ve Been a Cowboy,” became the most-played country song of the 1990s.  Toby Keith ranked #11 on Forbes highest paid country music artists for 2019 with $21 million in earnings.

Toby Keith married Tricia Lucas on March 24, 1984. The two are celebrated their 37th wedding anniversary this year. Toby first laid eyes on his future wife, Tricia Lucas, at an Oklahoma nightclub in 1981 when he was just 20-years-old and she was 19. After three years of dating, the pair got hitched on March 24, 1984 and have since enjoyed over three decades of wedded bliss.

Currently Tricia, along with along with daughters Krystal and Shelley, is working on her own business venture called SwingDish— a signature line of high quality women’s golf apparel. The fashion line includes women’s golf shorts, shirts, skirts, and accessories that are both functional and stylish.  Their children are grown and have families and careers of their own.

Shelley Covel Rowland is their oldest daughter. Shelley was adopted by Keith in 1984 after marrying Tricia, she’s married and the mother of two (a boy and a girl).  Shelley is pictured on the right with her daughter and her son is pictured in the front of the photo below. 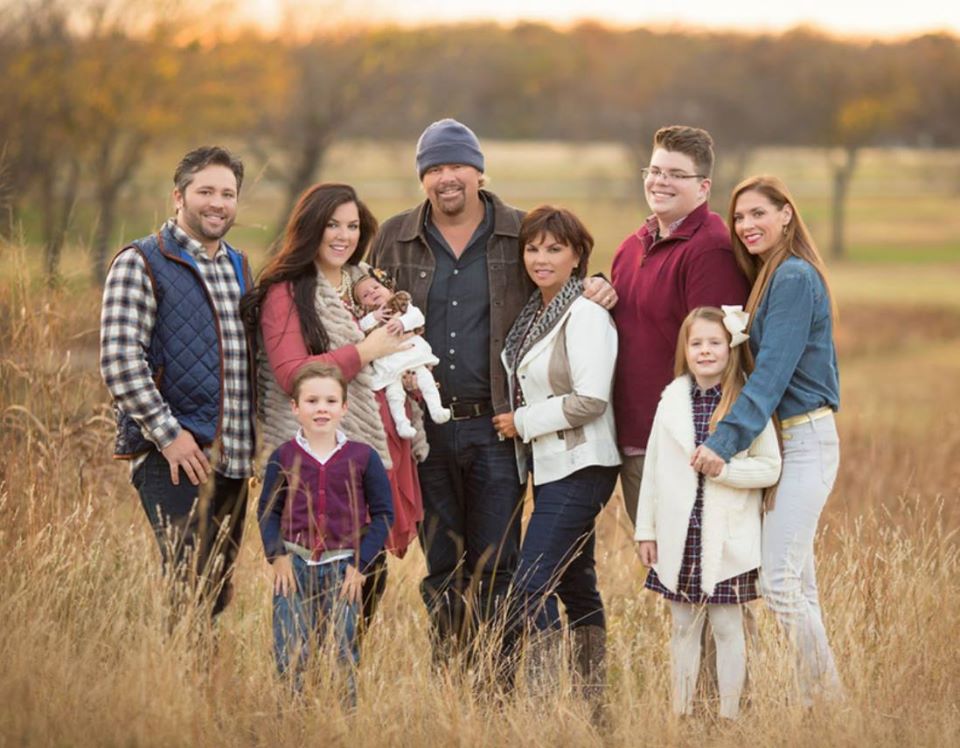 Their second daughter, Krystal Ladawn Covel Sandubrae, was born on September 30, 1985. Krystal is 36 years old and the mother of two daughters. Shelley and Krystal have made Toby and Tricia the happy grandparents of three granddaughters, and one grandson.  Krystal Covel Sandubrae, known professionally as Krystal Keith, is a country singer like her father. In 2004, Krystal sang with Toby Keith covering Inez and Charlie Foxx’s song “Mockingbird.” After graduating from the University of Oklahoma, Krystal continued to pursue her music career signing on with Show-Dog-Universal Music in 2013.  In the middle of 2013, Krystal released her first four song extended play, debuting her 1st single “Daddy Dance with Me.” She created a sweet memory for her father by surprising him when she sang it on her wedding day. Currently, Krystal juggles her music career with her busy family life. Toby Keith was on hand as his daughter, Krystal Keith, made her Grand Ole Opry debut July 9, 2014. 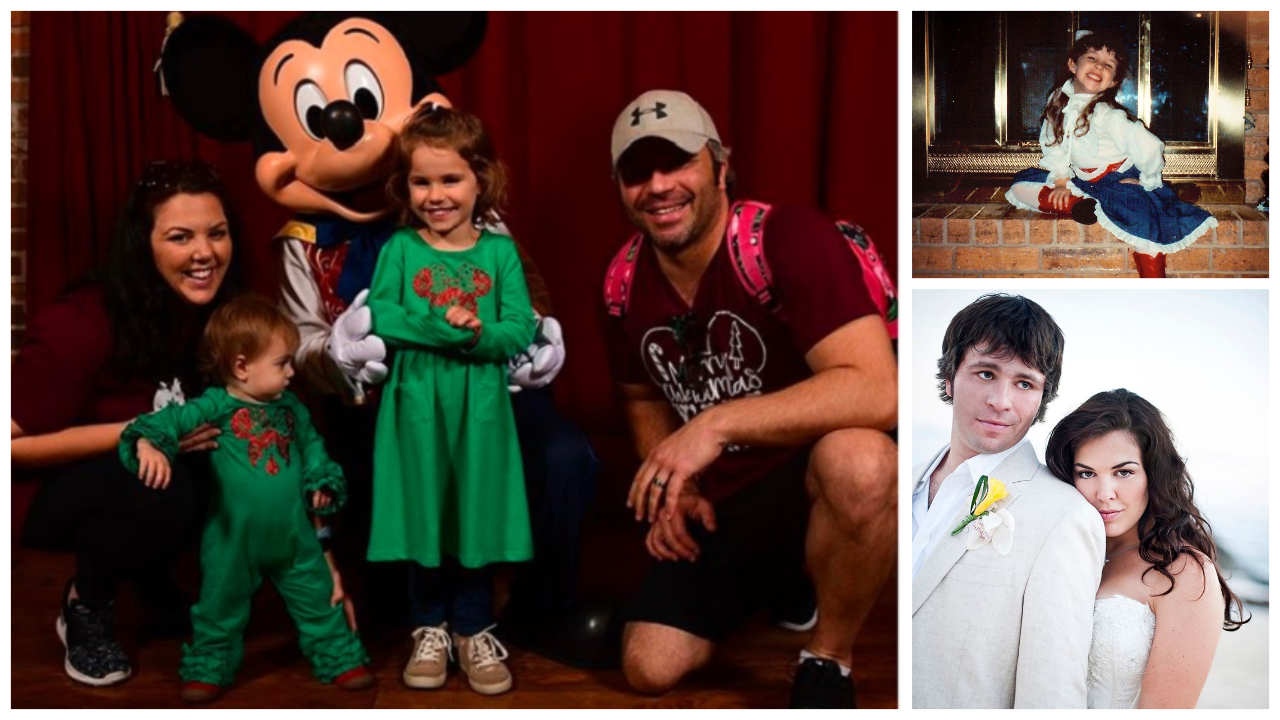 Krystal Keith is married to Andrew Sandubrae. The couple has two daughters, Hensley Jack (born in October 2015) and Kirby Kaye (born in January 2019).

The youngest child of Toby and Tricia is their son, Stelen (born October 23, 1997).  Unlike his sister Krystal, Stelen prefers the behind-the-scenes music career. Stelen has teamed up with longtime friend Zeke Benoit, grandson of Howard Pollack, who’s known for large venue music concerts. Stelen and Zeke grew up behind the scenes and co-founded Nostalgic Nights, a concert booking company. During an interview with OUDaily, Stelen shared, “I’ve seen it all up-close and personal for my entire life.” It seems like a natural fit for Stelen. 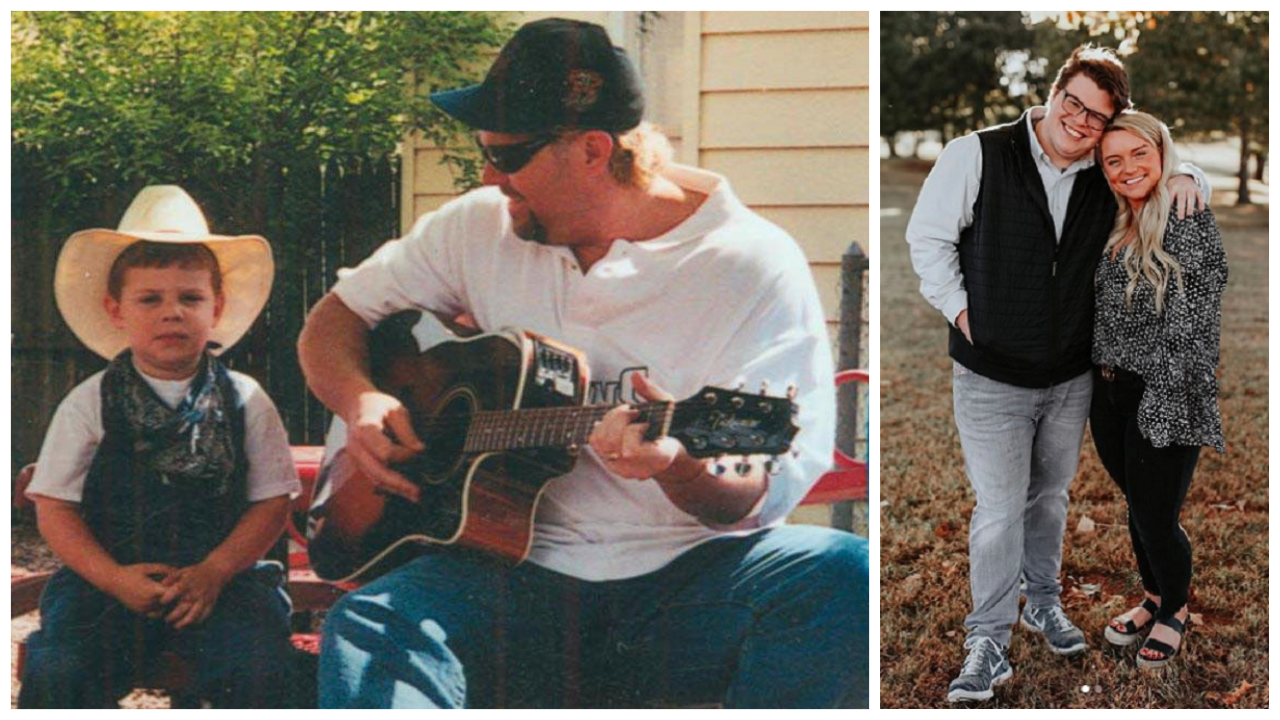 Each of their children and grandchildren are a blessing to the Keith family making Toby and Tricia proud parents and grandparents. So far, two of Toby Keith’s children, Krystal and Stelen, have followed their father into the music business.