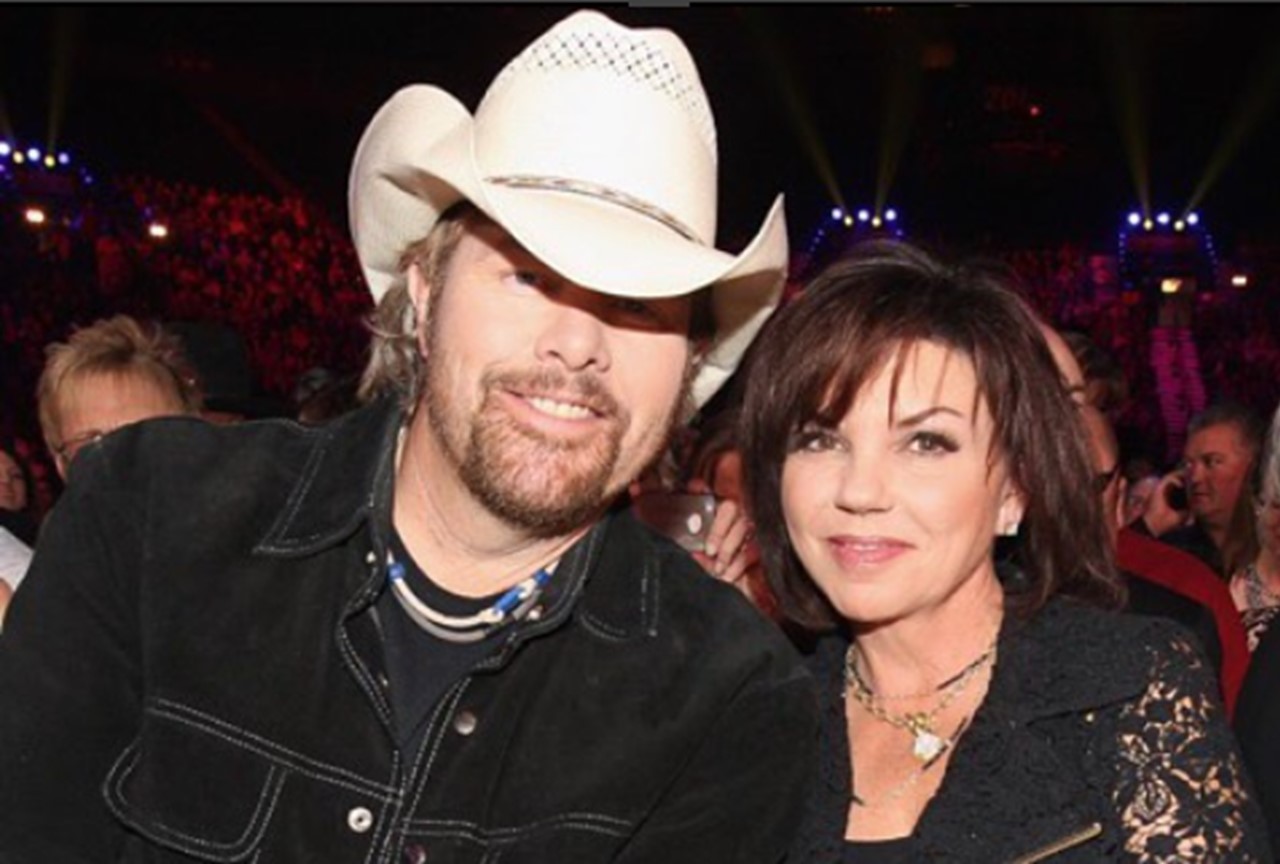 County music star Toby Keith‘s wife, Tricia Lucas Covel, first caught his attention at an Oklahoma nightclub in 1981 when he was just 20-years-old and she was 19. After three years of dating, the pair got hitched on March 24, 1984 and have since enjoyed 37 years of wedded bliss.

“He was just one of those larger-than-life guys, full of confidence,” she recalled to People magazine in a 2001 interview.

After their nuptials, Toby adopted Tricia’s daughter Shelley and the couple went on to welcome daughter Krystal and son Stelen into the family. In the early days of their marriage, the couple struggled financially as Keith worked the oil fields for $50,000 a year while also dabbling in music. Once the oil industry hit a downturn, the future star took leap of faith to pursue a music career.

“Dozens of people told Tricia, ‘You need to go tell your old man to get a real job,’” Keith shared with Country Weekly. “It took a strong-hearted and loving woman to say, ‘He’s good enough at music that I’ve got to let him try. And it’ll be a great shot for both of us if he can make it work.’”

And work it did. Success finally hit in 1993, when Keith’s self-titled debut album went platinum. And its breakout single, “Should’ve Been a Cowboy,” became the most-played country song of the 1990s.

Despite his seemingly tough exterior, Keith is a teddy bear when it comes to Tricia. “Most people think he is just the most romantic person on the planet,” she admitted to People. “He has his moments of charm. It is nice to get a bouquet of flowers, but I’ve told him, ‘Save the money. Roses die in five to seven days. Buy me an outfit, or take me to dinner.’”

With the encouragement of Tricia, Keith’s total career earnings are estimated at $500 million. The couple is certainly living the high life, but the pair value their three children and grandchildren above all.

Happy Thanksgiving. There sure is a lot to be thankful for. -T

Toby helped @DollyParton celebrate her 50th Anniversary as an @Opry member a few months ago – and now you can catch his performance during the "Dolly Parton: 50 Years at the Opry" special on @NBC Tuesday at 9 EST!

Happy Thanksgiving to you and yours!

“I absolutely love performing and writing songs,” he expressed to Country Weekly, “but being at home with my wife, Tricia, and my three kids is the best feeling of all.”

Currently Tricia, along with along with daughters Krystal and Shelley, is working on her own business venture called SwingDish— a signature line of high quality women’s golf apparel. The fashion line includes women’s golf shorts, shirts, skirts, and accessories that are both functional and stylish.

Kudos to Toby and Tricia for making it work during the hard times. We wish them many more years of happiness!

Any shitty golfers out there spendin' their weekend out on the green?