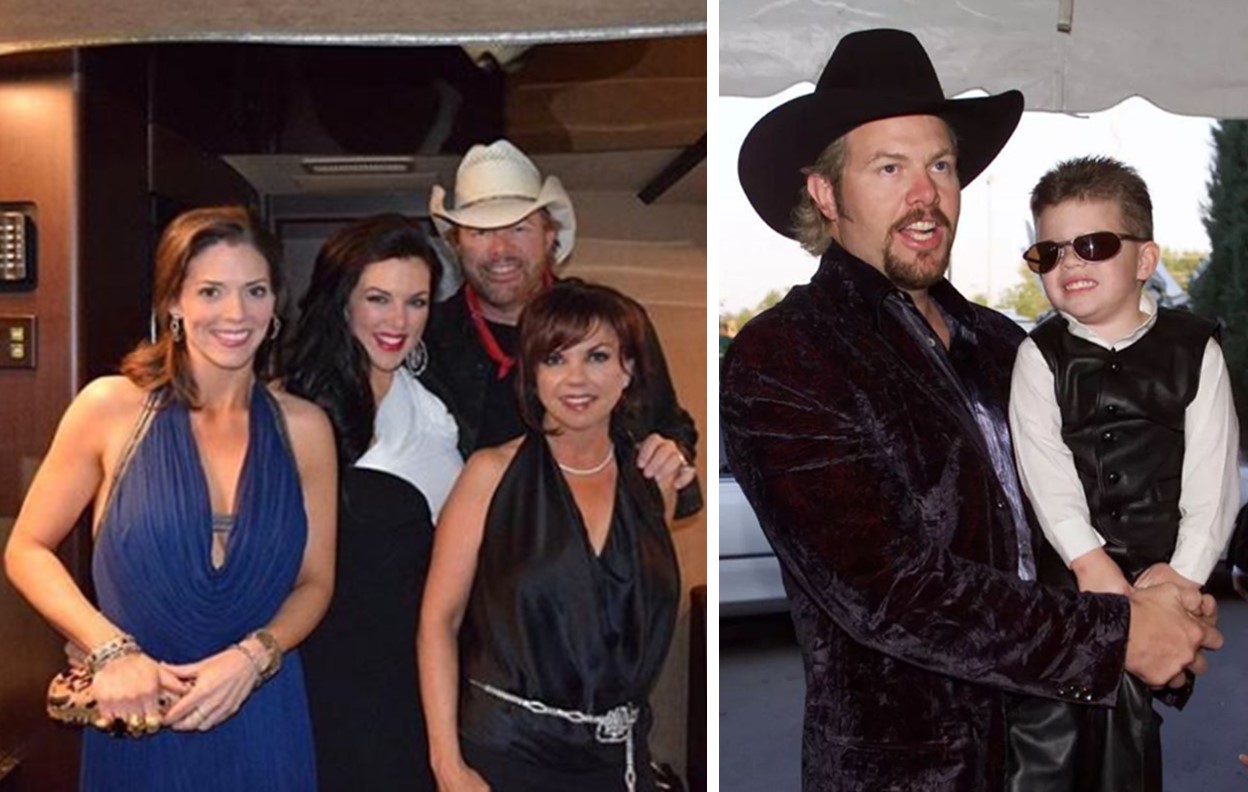 Country music star Toby Keith married Tricia Lucas Covel on March 24, 1984. The two are celebrated their 37th wedding anniversary earlier this year. Their children are grown and have families and careers of their own. Shelley Covel Rowland is their oldest daughter. Shelley was adopted by Keith in 1984 after marrying Tricia, she’s married and the mother of two. Their second daughter, Krystal Ladawn Covel Sandubrae, was born on September 30, 1985. Krystal is the mother of two daughters. Shelley and Krystal have made Toby and Tricia the happy grandparents of three granddaughters and one grandson. Their third child, son Stelen Keith Covel, was born on October 23rd, 1997. Meet Toby Keith’s children below!

Each of their children and grandchildren are a blessing to the Keith family making Toby and Tricia proud parents and grandparents. So far, two of Toby Keith’s children, Krystal and Stelen, have followed their father into the music business.

Happy Thanksgiving to you and yours!

Krystal Covel Sandubrae, known professionally as Krystal Keith, is a country singer like her father. In 2004, Krystal sang with Toby Keith covering Inez and Charlie Foxx’s song “Mockingbird.” After graduating from the University of Oklahoma, Krystal continued to pursue her music career signing on with Show-Dog-Universal Music in 2013.  In the middle of 2013, Krystal released her first four song extended play, debuting her 1st single “Daddy Dance with Me.” She created a sweet memory for her father by surprising him when she sang it on her wedding day. Currently, Krystal juggles her music career with her busy family life.

So proud of this one – as a daughter and as an artist. Y'all do yourselves a favor and go get @krystalkeith's new EP out today. -T Listen/download #BoulderEP: krystalkeith.co/BoulderEP-TK

The youngest child of Toby and Tricia is their son, Stelen. Unlike his sister Krystal, Stelen prefers the behind-the-scenes music career. He has teamed up with longtime friend Zeke Benoit, grandson of Howard Pollack, who’s known for large venue music concerts. Stelen and Zeke grew up behind the scenes and co-founded Nostalgic Nights, a concert booking company. During an interview with OUDaily, Stelen shared, “I’ve seen it all up-close and personal for my entire life.” It seems like a natural fit for Stelen.

May Toby and Tricia have many more happy years together enjoying their children and grandchildren. Share this closer look at Toby Keith’s children with other country music fans!