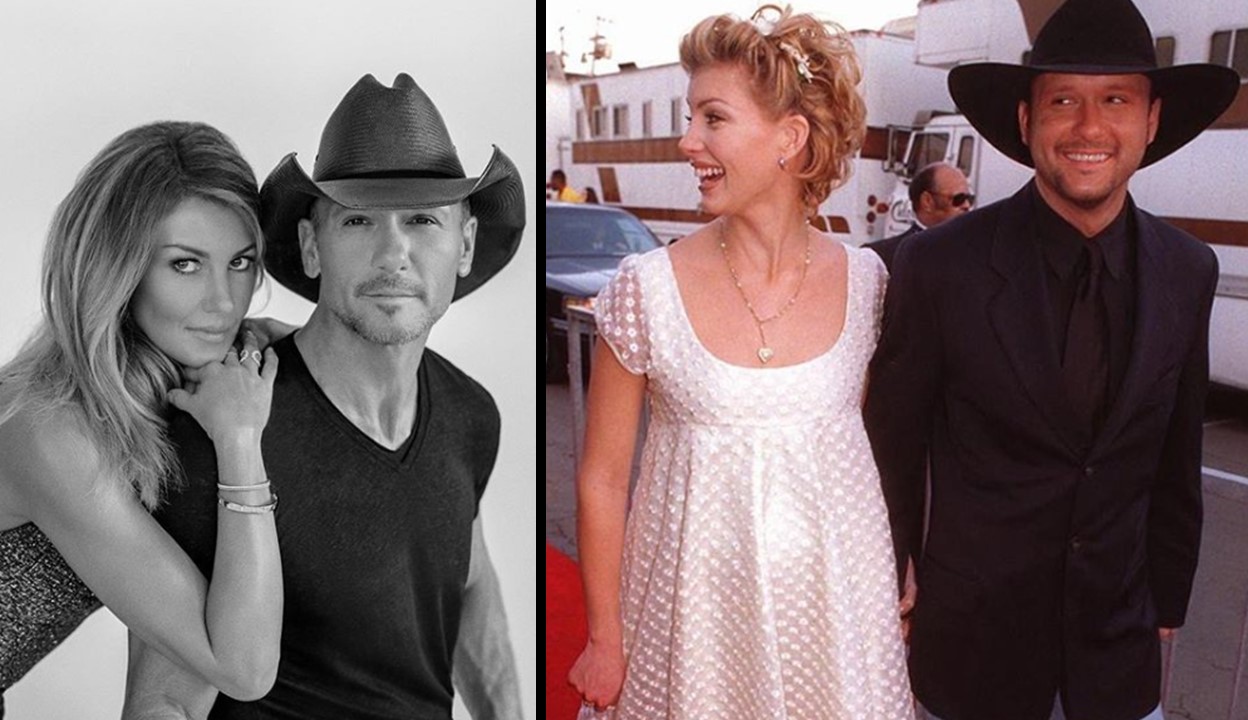 Tim McGraw and Faith Hill are one of country music’s best loved couples. With so many high-profile splits between celebrities, let’s highlight a couple whose love is as solid as rock.

McGraw and Hill’s story began at a simple Nashville radio station event, but their relationship didn’t blossom until the blonde songstress acted as an opener on McGraw’s 1996 Spontaneous Combustion Tour. The attractive vocalists quickly fell madly in love with each other, prompting Tim to make the big move.

“We were in the dressing room, here, June 26, 1996,” the crooner recalled in a 2016 Facebook video clip. “And it was raining and stuff and we’d been on tour for a while together, and I joked around with her about getting married. And so I said… I looked at her, grabbed her by the hand, and dropped forward [on my knees] onstage. She had already done her show. And I said, ‘I’m really serious. I want you to marry me.'”

According to McGraw, Hill had a unique response. “She said, ‘We’re at a country music festival in a trailer house, and you’re asking me to marry you? And I said, ‘Yeah.’ So I went onstage.”

Luckily for him, Faith agreed to be his wife once he returned from performing by writing “yes” on a mirror in his trailer. Tim McGraw and Faith Hill married on October 6, 1996 in Rayville, Louisiana (the day of his Swampstock benefit concert). In attendance at their wedding were fellow artists Mark Collie, Tracy Lawrence, Mark Chesnutt and Jeff Carson.

“Faith saved my life in a lot of ways — from myself more than anything,” McGraw shared with People in a past interview. “I can go down a dark road sometimes, when you’re not feeling good about yourself, and she pulls me out. My wife makes me a better man.”

“My husband and I have made the choice that our marriage is the most important thing to us,” Hill candidly added. “We respect what we have and understand how we need to feed it.”

The country music stars are known for their sexy duets such as: “It’s Your Love,” “Just to Hear You Say That You Love Me,” and “Let’s Make Love”— but their best collaborations are their daughters named Gracie Katherine (1997), Maggie Elizabeth (1998), and Audrey Caroline (2001).  Watch how all three daughters can sing.

It’s refreshing to see a celebrity marriage that remains functional and healthy within the confines of a difficult industry that is known for ripping couples apart. Kudos to them for sticking it out during the hard times and loving each other no matter what.