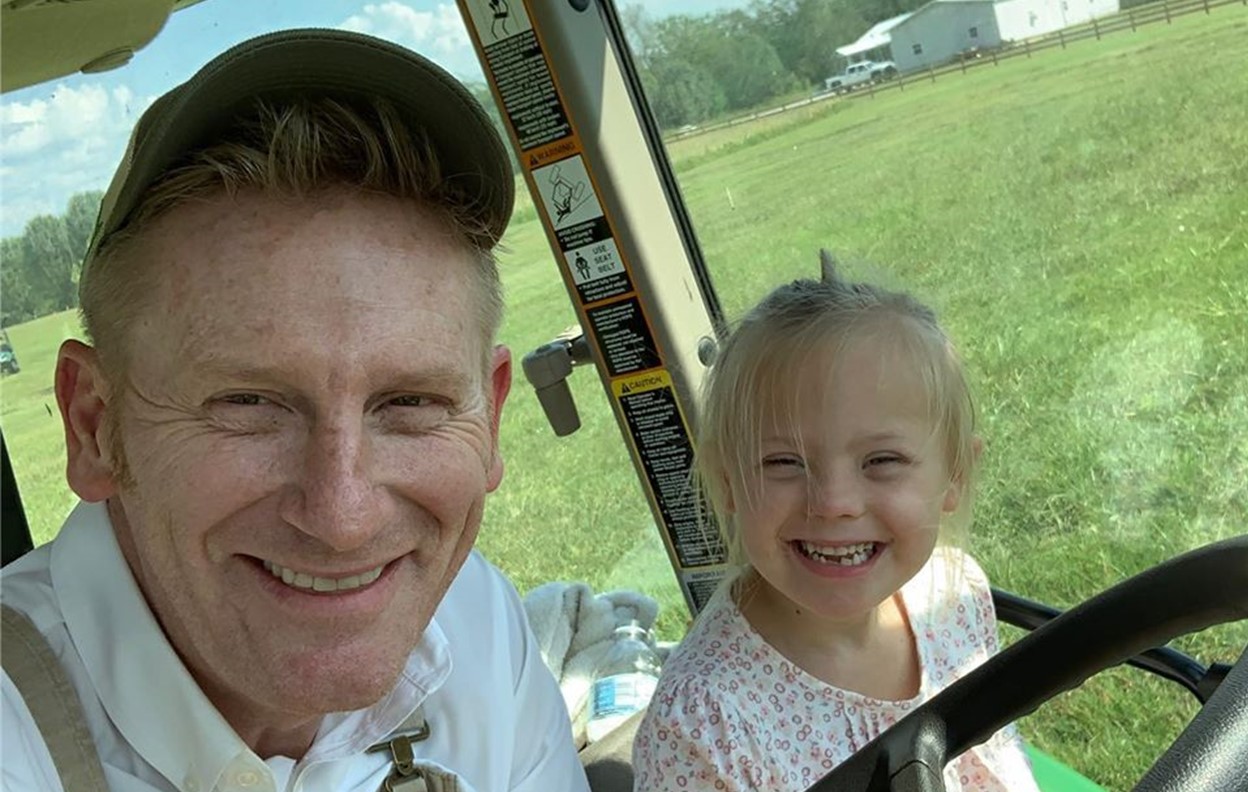 Country music singer-songwriter Rory Feek has worked hard to turn his popular blog into a television docu-series. The This Life I Live series captures and shares scenes from his ordinary, but often extraordinary life, as they are happening. The show premiered in March 8th via RFD-TV and just wrapped up the first season. Watch all thirteen episodes below!

THIS LIFE I LIVE – Episode 1: “IT IS WELL…learning to live again”

Episode 2: “HER NAME IS INDIANA”

Episode 3: “A COMMUNITY BUILDS A SCHOOL FOR A LITTLE GIRL”

Viewers got an inside glimpse as Rory chronicles his journey as a husband, single father, musician, and community member navigating the ups and downs of life. The intimate vlog series offered a candid look at the star’s life with his 6-year-old daughter Indiana alongside his older daughters, Hopie and Heidi. Rory lost his wife, Joey, to cancer in March 2016 – two years after their daughter’s birth – and in the series trailer, he described how her presence pushes him to strive to be a better man, father, and husband.

“The show, like the blog I’ve written for the last five years, is really about nothing and everything at the same time,” Rory shared in a statement. “It’s just one man’s thoughts and reflections on life as it’s happening. Trying to make sense of this life I’m living, just like everyone else…only I am probably a little more open and honest about it.”

Some of the show’s storylines involved opening a new location of the family restaurant, Marcy Jo’s Muletown, learning to be a solo performer after a decade of being part of an award-winning musical duo, navigating making a TV show at home, and juggling the balance of a deeply private personal life and an incredibly open public one.

“It’s strange because privately, I am very public. I capture and share deeply personal parts of my life,” Rory said. “But publicly, I am a very private person. I strive to keep life as simple as possible, especially for Indiana. Though we get the opportunity to do and be part of some extraordinary things as a family, we are also very normal and live an ordinary life in a regular small town community. It’s what helps to keep our lives and our goals firmly rooted.”

The setting for the singer’s story is also very unique. “We live on a farm an hour south of Nashville and have a big barn which people travel to from all across the country and a one-room schoolhouse where my little one and a dozen other kids from our community go. Both of my sisters and their families live here on the farm, in houses on either side of ours. Along with an even larger cast of characters we’re surrounded by, we all do life together.”

Rory is no stranger to peeling back the layers of his life for the public. He and Joey created and shared the RFD-TV series, The Joey+Rory Show from home. The show ran from 2012 to 2014. The variety show was primarily a showcase for their music and a small portion of each episode featured the couple’s life on their farm, running their family-owned cafe, enjoying life with friends and family in their community, and touring the world to perform together.

After The Joey+Rory Show ended, Rory began documenting his life on his blog, building a following of nearly 2.5 million people. This Life I Live allows fans to continue to be a part of his story. It’s Not just a cable TV series— it’s also a digital online series that can be found via Rory’s YouTube channel, Facebook page, and even Instagram.

Fans can watch RFD-TV on these cable and OTT platforms and many others:

Share Rory Feek’s This Life I Live episodes with other Joey + Rory fans!