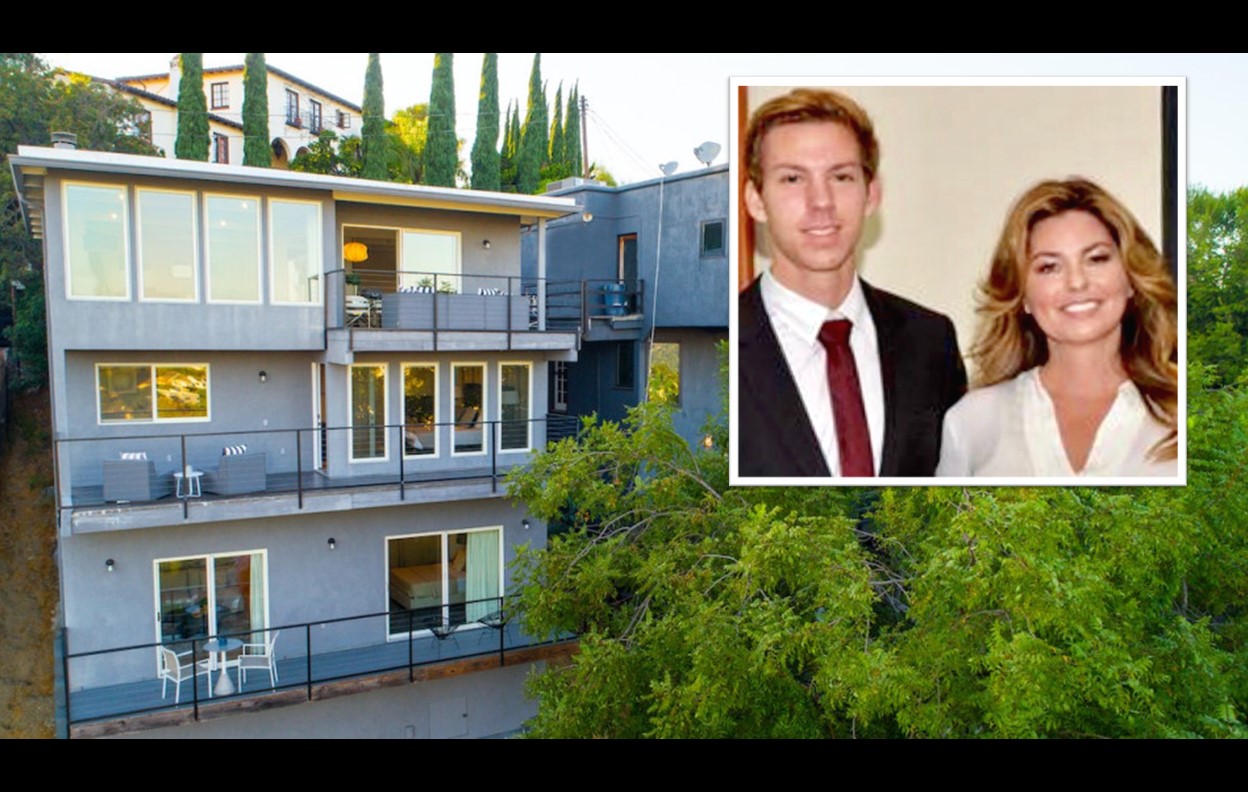 According to Dirt, Shania Twain’s son, Eja Lange, has dropped more than $1.8 million on a home in the Los Angeles, California area! The 19-year-old budding musician is the product of the country music superstar’s marriage to Robert “Mutt” Lange. The pair married in 1993, but divorced in 2010 due to accusations of infidelity regarding Mutt.

Eja’s new home is 2034 square feet spread out across three levels with a total of 3 bedrooms and 2.5 bathrooms. The place was built in 1961 and was fully renovated in 2014. A pretty impressive first real estate purchase…

Obviously, Mutt and Shania Twain’s son isn’t a regular young adult just scraping by— both of his parents are extremely wealthy. Shania and her second husband, Frédéric Thiébaud, currently own multiple international properties: an estate in the Bahamas, a lakefront home Canada, and a mansion in Corseaux, Switzerland, on the shores of Lake Geneva.

In a past interview promoting her 2017 Now album, Shania opened up about her son’s interest in music.

We’ll have to see if a future mother-son musical collaboration ever happens! Shania didn’t rule out the possibility.

Congrats to Eja Lange on his new California residence! Share this news with other Shania Twain fans and keep up with Country Fancast for more updates!