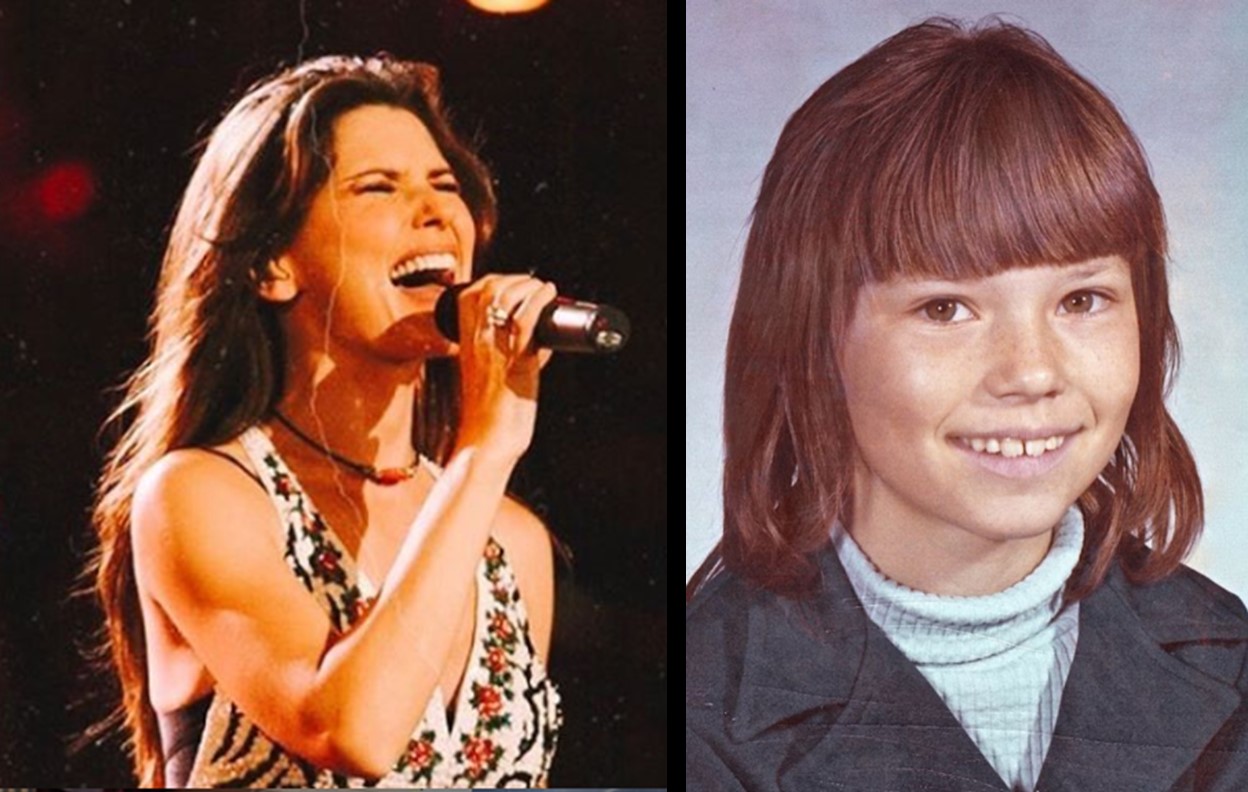 Shania Twain's childhood was anything but carefree. Recently, the artist revealed she was also sexually abused. More on Twain's early years here...

Country music icon Shania Twain‘s childhood story is one of a hero overcoming great odds. Of course, if there is anyone on Earth who could conquer these struggles, it’s Shania Twain. In 2018, the singer-songwriter shed more light on her difficult past to spread hope to those out there fighting through similar circumstances. The details are extremely depressing and will make you appreciate the talented artist even more. On top of living in poverty and raising her siblings after her mother and stepfather were killed in a car accident, Shania Twain (born Eilleen Regina Edwards) was sexually abused growing up.

“I’m not going to go into details about it. I don’t mind saying it, because I do think it’s important that people understand you can survive these things,” the Canadian told The Guardian.

Sadly, physical and psychological abuse came with the sexual abuse. Her stepfather, Jerry, was responsible for the years of abuse which began around Shania’s 10th birthday.

“I feel the sexual abuse goes hand in hand with the physical and psychological abuse when it’s somebody you know,” Twain said. “I learned to block it out. Abusers need to manipulate you, whether it’s before or after, and what I said to myself is, ‘OK, there’s something wrong with this person and that person is not well.'”

In order to keep her siblings together, she was forced to endure the abuse even longer.

“I did feel sorry for myself a lot as a kid,” Twain continued. “It was either go to Children’s Aid and get saved now … I weighed it up and thought, ‘If I got to Children’s Aid, we’ll all get separated,’ and I just couldn’t bear that, so we all stayed together for better or for worse.”

“I was worried about my father killing my mother,” Twain revealed. “I thought they’d kill each other. My mom was quite violent, too. Many nights I went to bed thinking: ‘Don’t go to sleep, don’t go to sleep, wait till they are sleeping.’ And I would wake up and make sure everybody was breathing.”

Luckily for Shania, and all of her fans, she found a way to separate herself from the battles happening in her home. She turned to singing and songwriting.

“I wanted to escape,” Shania Twain said. “[From] everything. Violent home. Tensions. Nothing to eat. When you’re hungry you can’t do anything about it but distract yourself from the hunger. And it really works. It’s therapeutic. A lot of kids play with dolls and I played with words and sounds.”

Goodness. Shania Twain is such a strong and resilient person. It’s amazing that she was able to overcome so much and not let it crush her dreams.

Be sure to share this closer look at Shania Twain’s childhood with other country music fans!