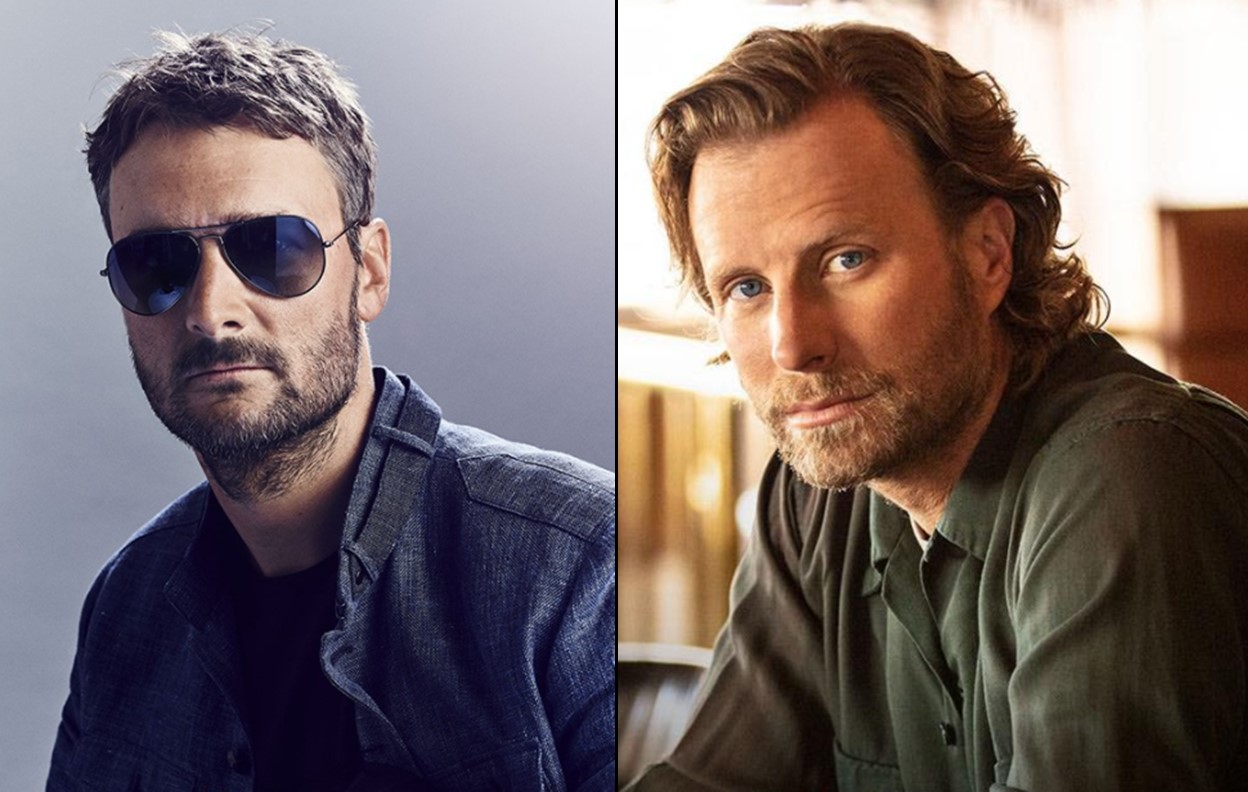 The year 2020 will go down in the books as one of the strangest years in modern history! As we say goodbye to another year, let’s check in with a few artists about what they hope 2021 brings and their feelings going into New Year’s Eve 2020!

“I think, for me, the thing I’m looking forward to most next year is getting around the corner from this virus and getting some kind of normalcy. I’m confident that next year is when we’ll finally put this in the rearview at some point in time. We’re all looking for a vaccine early in the year and the more we can take the cases down between January and May, I think the higher likelihood that we’ll be on a stage somewhere in the fall, late summer/fall, and then certainly into the fourth quarter. So, I’m looking forward to that. I know there may be some early stuff where we can’t be at capacity. I get that, but I’m looking forward to being back at capacity and being, seeing people grouped up and arms around each other’s shoulders and just, I miss that. I miss playing. I miss the camaraderie. I miss going town-to-town and doing that. It’s just what I was born to do, and I miss seeing the fans. Next year, we’re all hopeful, I’m hopeful and quite confident, actually, that next year will be the year that we get to start doing that and then hopefully more and more as we go. That’s what I’m looking forward to.”

“For next year – 2021 – I’m looking forward to some kind of medication/vaccine to help people, to make people immune to this virus that is ruining EVERYTHING! So, I look forward to that and hopefully we’ll get that going and then we’ll be back to concerts and full capacity sports games and bars and honky tonks and…it looks like 2019. Remember 2019? That was awesome.”

JOHN: “I think it’s kind of funny how we spend literally the last moment and the very first moment of every year being extremely intoxicated, extremely, because you don’t want to wait until like 12:30 to get your buzz on. You’ve got to do it before midnight, and then once midnight happens, you’re like, ‘Omigod! Now it’s time to celebrate even more.’ Debauchery is the literally bookending your entire year.”

TJ: “I love how everyone starts the year off with diets and then we end the year with like excessive amounts of food. And then you get to the end of the year, you’re like, ‘Oh, I’m going to start a diet on the 1st, so I’m going to eat everything that’s in front of me.’ I love it.”

“New Year’s is rough. New Year’s hurts no matter what’s going o n. I’ve played a lot of New Year’s shows, you know, but I’ve honestly found that it’s not my favorite night to throw down. Look, for a living, that’s what I do. Every Thursday, Friday and Saturday night, I host a big party; not only on stage, but I’ve got friends backstage. It starts before the concert sometimes, [and] it goes long after the concert, so a lot of times on New Year’s, I’m looking for a really mellow hang – a good party, good friends, pretty chill. Some of my best New Year’s – it doesn’t make for great radio – but some of my best New Year’s have been just like actually hearing fireworks go off while I’m in bed, [laughs] and know I’m gonna wake up the next morning for the first day of the New Year feeling great, feeling recharged and I’m ready to go ad go into the New Year feeling good as opposed to going into it with a giant Jagerbomb hangover, which I’ve done many, many times. So, the goal this year is to go into it feeling pretty good and the kids help with that, because you really just don’t want to be hungover with children. It’s not a good feeling. You would probably admit to any crime to get them, just feel better, and get them leave you alone. So, [I’m] gonna try to hit New Year’s this year in stride.”

Have a safe and happy New Year’s Eve 2020! Share this with other country music fans!