Miranda Lambert and Brendan Get in Scary Accident in Atlanta! [Pics/ Video] 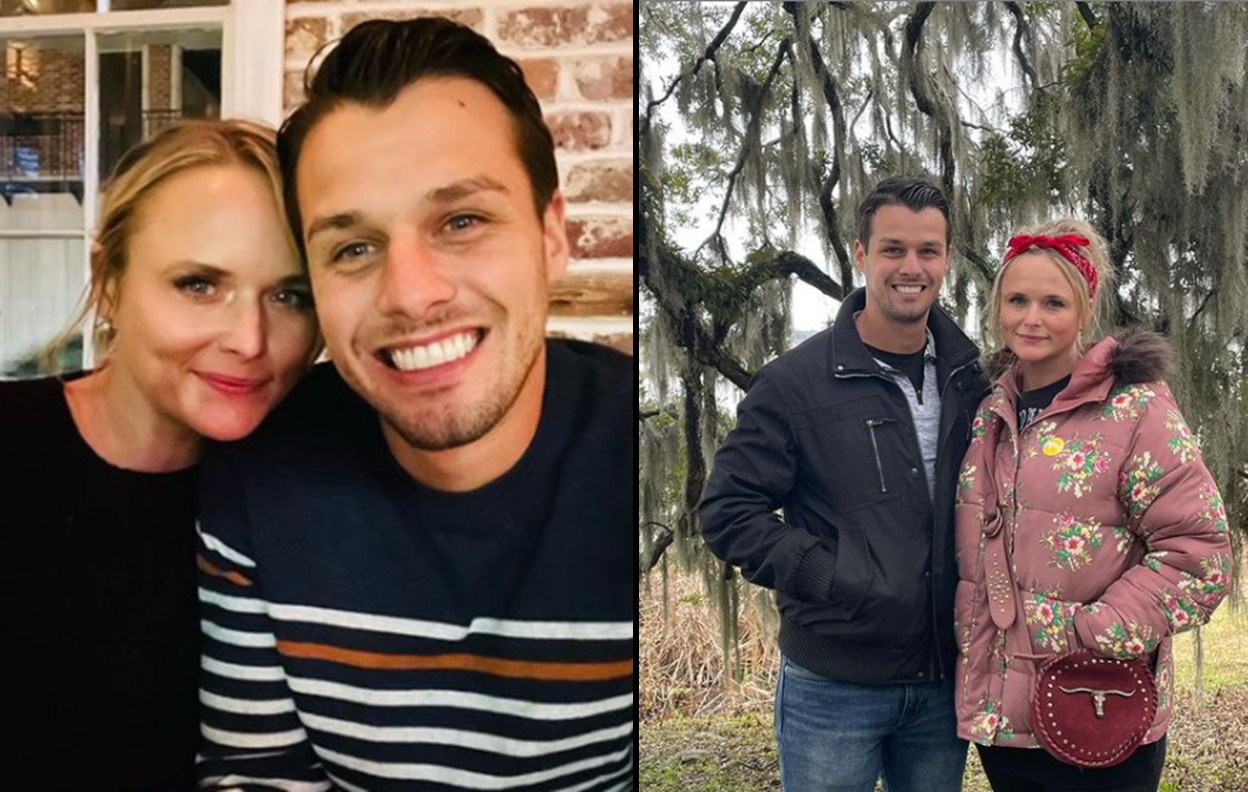 Miranda Lambert and Brendan McLoughlin had a frightening conclusion to their trip to the Carolinas and Georgia! More here...

Country music superstar Miranda Lambert and Brendan McLoughlin are back home in Nashville after travelling the Southeast in their Airstream trailer, which they call “The Sheriff.” Their first stop was Asheville, North Carolina and their second stop was in Charleston, South Carolina. They also stopped in Greensboro, GA  to enjoy Lake Oconee. Their trip was cut short thanks to an accident in Atlanta.

“Unfortunately on the way home going through Atlanta, an ass hole in a small car with temp plates was driving erratically and tried to squeeze between us and an semi truck going 70 on I-20 W. It hit the airstream on the passenger side and sent us into the left lane. We fishtailed pretty good but got on the shoulder as quickly as possible to assess the damage. Nobody was hurt thank the good Lord. But nobody stopped either and the car sped away. (Cool Bro) We are so thankful that nothing worse happened. Our vehicle and trailer were driveable so we made a report and hauled home,” Lambert shared about the incident.

It stinks that their vacation ended on a sour note, but we are glad that no one was injured! Let’s look back at their other stops!

“My first time there and this was night one sleeping under the Wolf moon at the KOA. It was pretty magical. We visited The Builtmore Estate. It was absolutely stunning. You can feel the history and heart that was put into that property as soon as you step foot on the grounds. The details in the architecture and the beautiful conservatory full of blooms took my breath away. I bought a Bon Bon from the confectionary (the birthday cake one ) and ate it on the terrace. I just wanted to say I ate a Bon Bon at the Builtmore. Fancy like. Another fave was The Moose Cafe where they serve warm biscuits the size of my whole face with homemade apple butter and we had the sweetest waitress. The Curate tapas bar was delish and The Red Stag Grill had the coolest vibes and a great cocktails called ‘quarantine fatigue’. Amen!,” Lambert shared about their first stop.

“Dreamy Charleston, SC I miss you already. There is too much to say about this place for one post but here are some highlights. @hallschophouse thank you for the warm welcome back and for most delicious Sunday brunch and Gospel music. @harkencafe was the sweetest little place for breakfast. Spiced vanilla latte with oat milk and avocado toast for the win. You could spend days in this town just looking at the beautiful historic homes and churches and the art galleries. We booked a half day tour with @toursbylocals and we picked Joyce Wier as our guide. She was fun, charismatic and super knowledgeable about the history of Charleston. I learned so much. The gardens at Middleton Place were beautiful. We also loved the KOA Holiday /Mt. Pleasant. The best part was the “alligators may live here” sign! 😂. I could go on and on about this town and 3 days this time around wasn’t nearly enough. I can’t wait to go back. If y’all haven’t been to the lowcountry , you better GIT down there!,” Miranda shared about their visit.

Miranda and Brendan weren’t alone on this trip, their dogs are also along for the ride! Unfortunately, Delta Dawn hurt her back but MedVet Asheville came to the rescue and she’s doing fine.

The couple just celebrated their second wedding anniversary on January 26th, so we can’t blame them for wanting to celebrate with a trip. We look forward to seeing where they go next once their trailer is repaired! Brendan really enjoyed the food scene…

Share this Miranda Lambert and Brendan McLoughlin update with other country music fans!