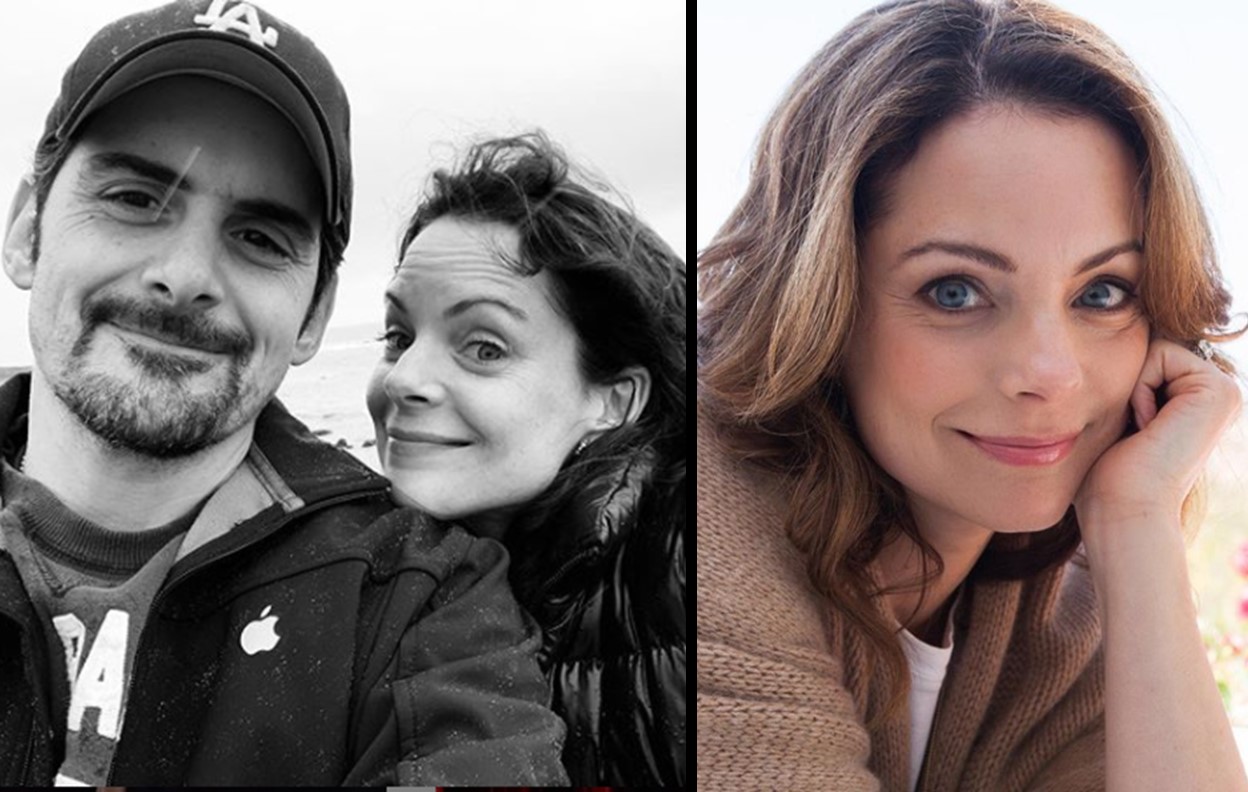 Brad Paisley first caught a glimpse of his future wife, actress Kimberly Williams, while watching 1991’s Father of the Bride with a former girlfriend. Needless to say, that girlfriend was long gone by the time Father of the Bride Part II came out in 1995. Paisley went to see that film solo. In a 2009 interview with Good Housekeeping magazine, Brad confessed that he was drawn to Kimberly on the silver screen and that he thought, “she seems like a great girl — smart and funny and all those things that are so hard to find.” During an insightful 2015 Meredith Vieria Show interview, Brad Paisley’s wife explained how she and the country music star finally met in real life. Watch the video below!

The couple started dating in 2001 and got engaged just eight months later. The lovebirds married on March 15, 2003, at the Stauffer Chapel on the campus of California’s Pepperdine University. Fast forward to today, the Paisleys are now proud parents to two young sons, William Huckleberry and Jasper Warren. Brad and Kimberly just celebrated their 18th wedding anniversary!

With two busy lives, how do they make their relationship work?

“No matter what happens in our marriage, we try to find humor in it, even on the darkest day,” Kimberly shared with Closer Weekly. “Brad’s always said, ‘If you can laugh about it one day, then why not start now?’ He always makes me laugh, so I am grateful for that.”

They also take time out to just quietly enjoy each other’s company, “I’ll have a glass of wine, Brad might have a cigar and we’ll talk. We just love being relaxed together at home.”

We wish this couple many more happy years and moments! Remember to “share” this look at Brad Paisley’s wife, Kimberly Williams-Paisley, with other country music fans!